Is your job in high demand?

According to a recent report by ManpowerGroup, 40% of US employers are facing difficulty filling jobs in 2014, and 56% of those employers say that the shortage has a medium to high impact on their ability to meet their customers’ needs.

As expected, most employers are bemoaning the lack of “hard skills” in job candidates. But not all jobs were high salary, and employers found that “soft skills” are also absent:

Employers are also modifying HR policies for employees to be “freelance-like” -- reflecting a shift in desire for flexible work policies we’ve reported on previously. And, as you might expect, 12% are filling in talent gaps with freelancers ("contingent workers"):

We have long been moving towards the model where employers benefit from freelancing because the limited number of talented individuals are being “shared” among many employers. Of course, these highly sought-after workers are also benefiting from this arrangement and are able to charge higher rates than they would in a 9-5.

Many of the jobs that are hardest to fill aren’t surprising (i.e., nurses), but It’s nice to see that two or three of these fields include heavy numbers of freelancers: 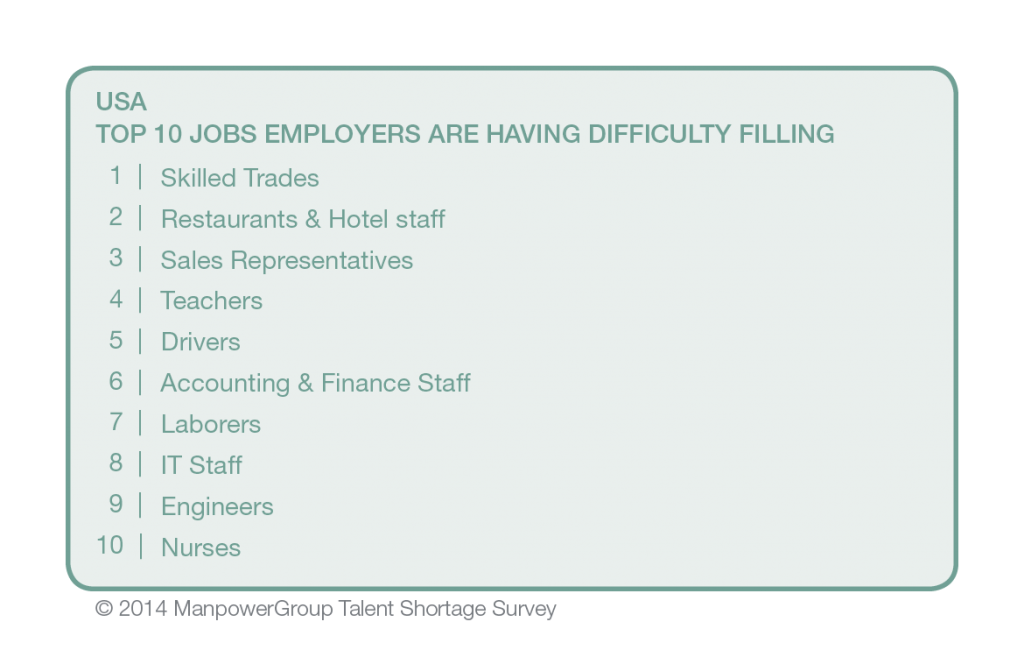 Freelancers, is your field in high demand? Let other freelancers know so that they know what to expect.