A guide for young people: What to do with your life (Zen Habits) 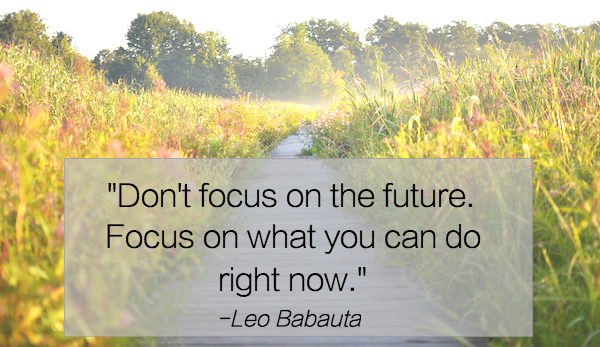 “Even young people who have a plan (be a doctor, lawyer, research scientist, singer) don’t really know what will happen. If they have any certainty at all, they’re a bit deluded.”

Recently, Leo Babauta wrote a letter of advice to young people contemplating what to do with their lives.

His advice? Instead of trying to figure out your dream job title or career, prepare yourself to be an entrepreneur. Don’t worry about what you’re going to start a business about, just prepare yourself to build stuff, get good at uncertainty, and become trustworthy. As Babauta says, if you prepare for entrepreneurship, “you’ll actually be prepared for any career.”

Do you know how much time I wasted from age 17 to 24 worrying about what I was going to be? Trying to pick one of my many interests to “career-ize”?

...And it turns out I’m a blogger. That career didn’t exist when I was 17, and I’m sure many of the jobs freelancers have today (programmer, designer, virtual assistant) couldn’t have existed when they were teenagers, either.

Here are just some of the things Babauta recommends for young people (and we second):

Learn to be good with discomfort. How do you get good at this? Do things now that are uncomfortable and hard, on purpose. But start with small doses. Try exercising for a little bit, even if it’s hard, but just start with a few minutes of it, and increase a minute every few days or so. Try writing a blog or meditating every day. When you find yourself avoiding discomfort, push yourself just a little bit more (within limits of reason and safety of course).

Make some money. I don’t think money is that important, but making money is difficult. You have to learn to communicate that to people so they’ll want to buy or hire you. Whether you’re selling cookies door-to-door or an app in the Apple store or trying to get a job as a cashier, you have to do this.

Become trustworthy. When someone hires a young person, the biggest fear is that the young person is not trustworthy. That they’ll come in late and lie about it and miss deadlines. Someone who has established a reputation over the years might be much more trusted, and more likely to be hired.

Freelancers, what would you tell young people to help them prepare for the future?