Why we hate to work 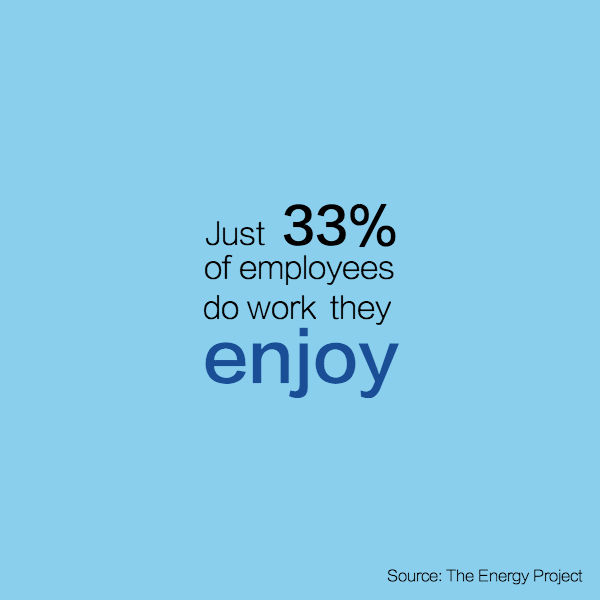 Yesterday, the New York Times released an opinion piece about why traditional employees hate work. From a survey of over 12,000 employees worldwide, the authors of the piece found that:

The authors then pointed to 4 factors (renewal, value, focus, and purpose) that help workers feel more engaged at work.

The sad truth is that although it’d be nice if employees were happier, the end goal isn’t worker satisfaction; it’s the idea that “happy employees make productive employees.” The authors are consultants hired by large corporations who ultimately want to see the affects of “happiness” in their bottom lines.

It all comes down to getting more out of employees for the same wages -- further widening the gap between rising productivity and stagnating wages that has fueled worker angst for half a century.

Freelancing has long provided an alternative solution to the traditional corporate-ladder-climbing strategy. But freelancing isn’t the final answer. It’s not just the act of starting your own business that makes you love your job and become less stressed, it’s using your ability to control your own time for good.

In the end, freelancers have a true incentive to become more productive because we can actually make more money (and work less) when we’re productive. And this incentive to be well eventually yields a far deeper truth: that we actually need community, creativity, and health to find a deeper level of success that consultants in corporate America can never “teach” us.

“Freelancers recognize that a thriving business doesn’t mean much if you’re not taking care of yourself,” our founder Sara Horowitz said in a Fast Company column. “For freelancers, freedom in work, health in life, and community in both are the ticking hands on the new gold watch.”