Redefining success: Arianna Huffington on life as a busy entrepreneur 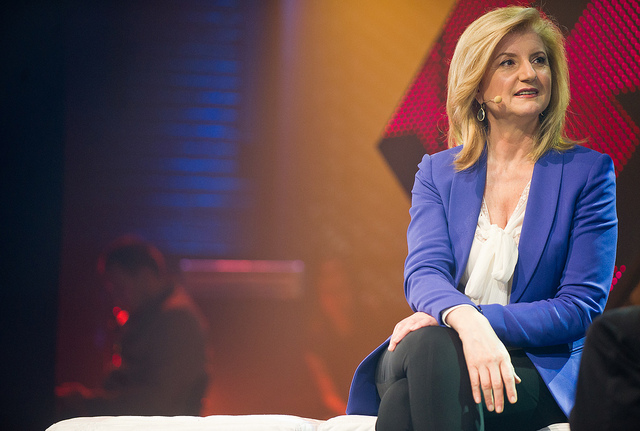 How do you define success? Is it just money and power, or is there something more?

Recently, Arianna Huffington sat down with Marie Forleo to discuss Arianna’s view of success and the “Third Metric” of success: physical and emotional well-being.

Arianna’s new perspective began when she woke up in a pool of her own blood, she told Marie. She had been working long hours in the early years of the Huffington Post and had collapsed from exhaustion. The moment became a departure point for the life-long entrepreneur, author, and columnist. She has since written the bestselling book Thrive to share her new philosophy.

Some great quotes from the interview:

“I’m much more creative when I’ve actually taken care of myself.” -Arianna Huffington

Arianna Huffington on the power of sleep: “When we’re exhausted, we drag ourselves through the day instead of enjoying the day.”

“Stop answering emails at least an hour before you go to sleep.” -Arianna Huffington

“Acknowledge every human being you come into contact with everyday. Take a moment to make eye contact, to say hello. It just reconnects us with ourselves.” - Arianna Huffington