Women launch more than 1200 businesses a day, according to new report 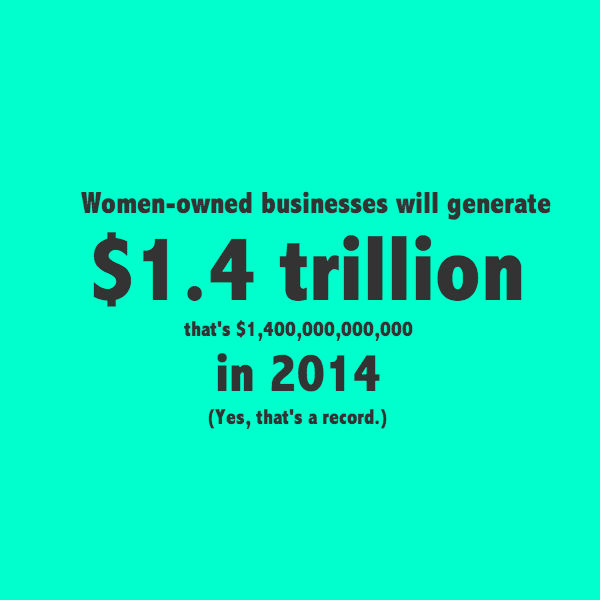 The rate at which women start businesses has doubled in the past 3 years, according to the 2014 State of Women-Owned Businesses Report commissioned by American Express OPEN.

The report further found that since 1997, women-owned firms have:

This is great news for an economy in recovery: Women-owned businesses generate more than $1.4 trillion in revenues, employ 7.9 million people and account for 30% of all enterprises.