Stop waiting for an original idea 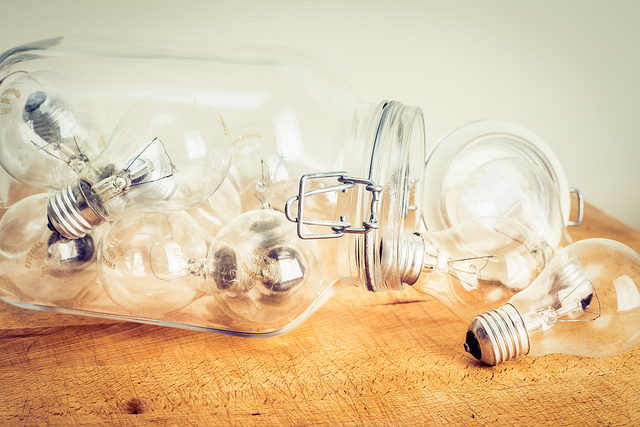 I’ve been waiting around for a completely original idea for a long time.

I’ve spent nearly a decade trying to figure out exactly what book to write. Years trying to come up with an original business idea.

I don’t care that my ideas aren’t original.

This isn’t any angry kind of self-rejection. This isn’t, “I don’t care about my life/business/book.”

Just the opposite. I care a lot. I care about the quality of my own life, and about not wasting my life saying “what if.”

But caring less about my idea? That’s totally freeing.

According to one estimate, 600,000 businesses are launched in America every year. But I bet there are at least the same number of people who wanted to launch a business, who had an idea that they just never got off the ground. I would bet that waiting for the right idea was a big culprit in stopping these never-start-ups.

I don’t want to be one of them.

The idea is secondary. You are important.

So here’s the thing that kept forgetting when I was wracking my brain for original ideas.

That the way I do things is just as important as what I do.

For most people, this is probably obvious. But when I really accepted that this was true, I got this deep sense of personal satisfaction in my gut. I felt like I was already enough. This is the kind of thing you hear in self-help books that always sounds stale until you actually feel it.

Are you proud of the way you do things? Do you care about doing things well? Whatever your business idea, the fact that you care means:

I think at least part of the reason I felt I needed an “original” idea is safety.

“If I come up with an original idea, I’ll have no one to compete with,” I think. When I look out onto a sea of other businesses and other books and other creative projects, it’s easy to feel useless. And once you feel useless, it’s easy to believe that in order to stand out, you need to do something newsworthy. And then it’s a short step to doing nothing.

From far away, it’s easy to say, “Look at all those people doing what I want to do. They got here so far before me, so now I have no chance.”

I look at their follower counts on Twitter. I look at their email subscriber list and think there’s no reason for them to subscribe to me if they’re already getting the same information elsewhere.

Competition matters, but not as much as you think it does

There’s one simple truth that helped me understand why being original isn’t as important to customers or clients as I thought it was.

According to you research, we need to hear something 7 times before we can retain it. 7 different people saying the same thing -- but once we hear or see it the 7th time, we not only understand it, but we are thankful to the person who told us, and become loyal customers.

In other words, it doesn’t matter if there are a bunch of people saying the same thing. You just have to be your customer’s 7th time.

It’s easiest to see what I mean in an example: Let’s say you want to write a book about freelancing. But even before you start writing the book, you have this nagging feeling: “There are at least a hundred books in the world about freelancing.” In other words, “No one will read my book because they’ve already heard it all before.”

Even if they’ve heard it before, they need to hear it again. You could be the one to “click it in” for them.

So don’t ditch the book about freelancing; you just need to write the book out of your own personal experience, in your own way. You need to get it in front of people who have heard it before, people who have met graphic designers or bought vintage jewelry before, but want your product because you’re saying it in the right way at the right time.

I’ve gotten stuck here a lot in my life, which is why I’m so thankful that I heard about the 7 times rule. The person who told me about “the magic of 7” was Sean McCabe, who also was the 7th person to tell me lots of super important things. Even though there are other people saying what he says, no one says it in quite the same way, and no one else caught me when I was ready to hear it.

Are you stuck in the idea phase?

I used to think that a good idea would make our break my career.

Caring about what I do, and actually doing what I want to do, will make my career. Who I am and who I become will make or break my career.

I’ll learn as I go along.

Freelancers, do you automatically knock ideas that aren’t original? Do you get stuck sitting on your ideas?