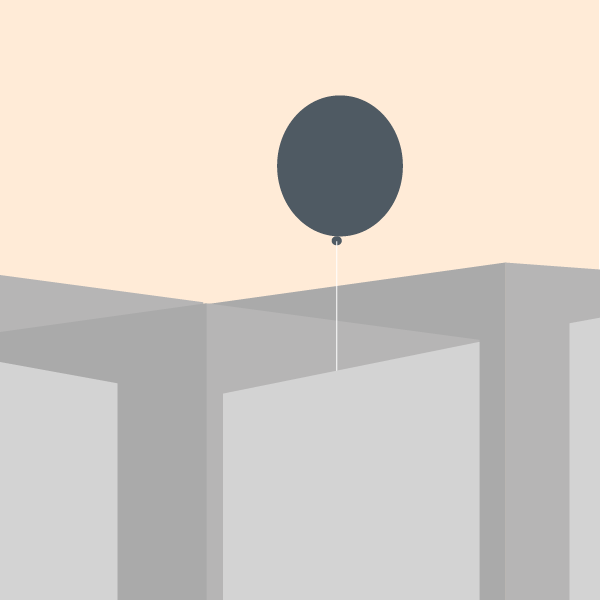 The cubicle turns 50 this year, and all across the country, people are half-heartedly celebrating the occasion and open office workers are scoffing at the folly of our corporate ancestors.

But this symbol of worker isolation and automatization is just that -- a symbol and a symptom of a way of thinking about workers, rather than the sole cause of worker dissatisfaction.

In the 1960s, realizing that workers had more data and information to process than ever before, designers consulted behavioral psychologists and anthropologists to determine the best way to organize work environments to further increase privacy and productivity (and save on rent). The cubicle was born, though it didn’t catch on widely until the mid-1970s and early 1980s.

Then a strange thing began to happen.

The problem wasn’t cubicles. But the timing, I think, is far from a coincidence; both cubicles and stagnating wages were symptoms of a much deeper set of issues.

Technology has historically benefited workers. This time, we’re not so sure. Meanwhile, globalization has pushed down the global cost of labor, while the decline in unionization (now half of what it was in 1970) has failed to protect them from this slide. Relatedly, the shift of income from labor to capital has benefited top wage earners, while low and middle-income wages have stagnated.

Is it really any wonder that we put low and middle-income workers in isolated, decentralized boxes under florescent lights?

It should also come as no surprise that freelancing and entrepreneurship are on the rise. It should also make sense that these workers want to stick together, which is why Freelancers Union’s membership has surged since 2008.

Don’t hate the cubicle. It’s just a sad reminder of our 50-year quest to devalue workers, and the open office plan, standing desks, and corporate jungle gyms are far from adequate solutions. Instead, make small choices to build better systems for workers -- independent and otherwise.