The happiness paradox: wanting to be happy may make you unhappy, studies find 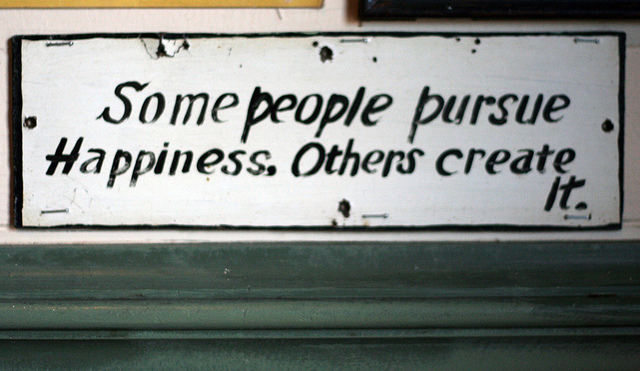 “Those only are happy who have their minds fixed on some object other than their own happiness.” -John Stuart Mill, 1873

New research suggests that the pursuit of happiness may not have its intended effect: the desire to be happy actually makes you less happy.

As entrepreneurs, we deal with a lot of stress: dry periods, client issues, marketing, etc. But we’re also a group that is very interested in finding happiness -- in fact, this is often why we stepped out to work on our own in the first place. Are we pursuing happiness in the right way?

This research comes from the fantastic chapter “The paradoxical effects of pursuing positive emotion” by Brett Q. Ford and Iris B. Mauss, in the book The Dark Side: When Positive Emotion Goes Wrong.

Americans really want to be happy.

We live in a culture that is almost obsessed with happiness, Ford and Mauss claim. Western culture is especially focused on happiness. Just stop by the non-fiction section of any bookstore and you’ll see how much Americans not only crave happiness, but work and study hard to achieve it.

Why? It’s obvious: experiencing happiness feels good, leads to improved social outcomes, and even makes you healthier. We also have an idea that we should be happy; that if we’re not happy all the time, there’s something wrong with us.

Why does “I should be happy right now” not work?

What do these studies show? Our high expectations for future happiness and the desire for a certain outcome makes us less happy.

2. We don’t actually know what makes us happy.

What do these studies show? People have little knowledge of what actually makes them happy, and often work to achieve future happiness in unfulfilling ways.

3. Monitoring our feelings makes us unhappy.

What do these studies show? Monitoring our happiness makes us less happy. “Meta-awareness” of your feelings changes your feelings (for the worse).

What do you think about these studies? Can you confirm this is true in your own experience?