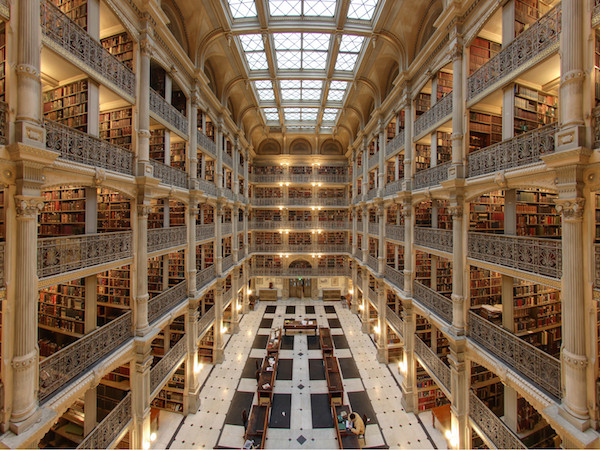 It’s National Library Week (April 13-19, 2014) and at Freelancers Union, we’re thinking of all the ways that we’re thankful for our public libraries in supporting our communities, our economy, and our fellow independent artists and writers.

But don’t just listen to us: the latest academic research also supports our love of libraries. Here are just 8 reasons to love your local library:

1. Libraries nurture new businesses. In a study by the South Carolina Public Library, 15% of patrons said the library “helped improve or start a business” and 78% of business users indicated that information obtained from the public library contributed to the success of their business.

2. Libraries help us learn new skills. Freelancers and small business owners know how important it is to keep skills up-to-date or expand our skills into new fields. 47% of users in the above study said the library helped them with “life-long learning.” According to the US IMPACT public library study, 42% of the library computer users (an estimated 32.5 million people) “leveraged the library technology resources to help them achieve their educational goals.

3. Libraries are efficient. Our tax dollars are well-spent here! According to an impact study by the Texas Library System, there was a $4.42 ROI on every dollar spent on libraries, for a total economic impact of $2.4 billion dollars.

4. Libraries spread financial literacy. In this community, 48% said “definitely” the investment information at the public library had contributed to their financial well-being and 34% said “somewhat.” In the US IMPACT study, 19 million or 25% of all public access users logged on at their public library for commercial needs or to manage their personal finances.

5. Libraries support job-seekers. According to the US IMPACT study, 40 percent of survey respondents (30 million people) use library computers and internet access for employment or career purposes.

6. Libraries support local artists and writers. Many libraries host art shows and readings for local artists and writers. Though there seem to be no studies recording the percentage of libraries that offer these kinds of services, I’ll provide my informal “I have been in a lot of libraries” experience and say I have yet to be in a library that does not showcase community art! (Anyone who finds research to support my claim, please let me know in comments!)

7. Libraries offer a “technological lifeline to children and families in need.” According to the US IMPACT study, library internet access is especially crucial for people living in households below the federal poverty line. 61% of those Americans use public library computers for educational needs. Of the 19 million Americans you use libraries to access personal financial information, almost half of them were from low to moderate income households.

8. Libraries are community anchors in times of need. People often turn to libraries after natural disasters. As an example, 87 branches of the New York Public Library opened within 48 hours of Hurricane Sandy’s landfall, according to Tony Marx, President of the New York Public Library. This helped many NYC freelancers stay online during the weeks of outage after the storm.

Love libraries? The American Library Association wants to hear about how the library has changed you life using the hashtag #LivesChange and #NLW14. Tweet now!