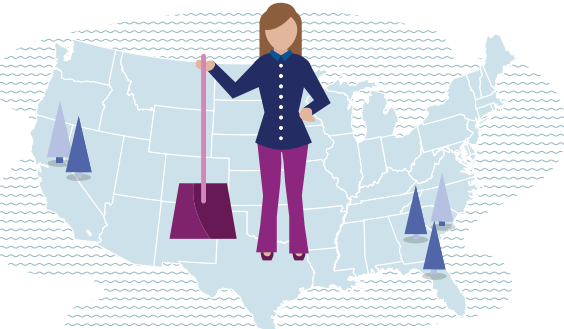 Photo credit: US Chamber of Commerce Foundation’s Center for Women in Business

Who runs the world? Well according to a report published by the US Chamber of Commerce Foundation’s Center for Women in Business, the number of female entrepreneurs is rapidly expanding -- and women-owned businesses contribute billions to the US economy.

Ninety percent of female entrepreneurs are sole proprietors, a segment of the economy that as a whole has annual sales exceeding $887 billion. Small businesses without payroll (solopreneurs and freelancers) make up more than 70% of America's 27 million companies.

Here are a few other interesting items from the report:

That said, women entrepreneurs still face many challenges. The report also found that only 1.6% of venture-backed compnaies had a female founder and just 20% had a female C-level executive, despite the fact that more successful startups have more women in senior positions and more than twice as many women in top jobs (for startups with five or more women employees, 61% were successful and 39% failed).

What are your thoughts on this study, freelancers? Have any of you been involved with local development organizations that assist female entrepreneurs?