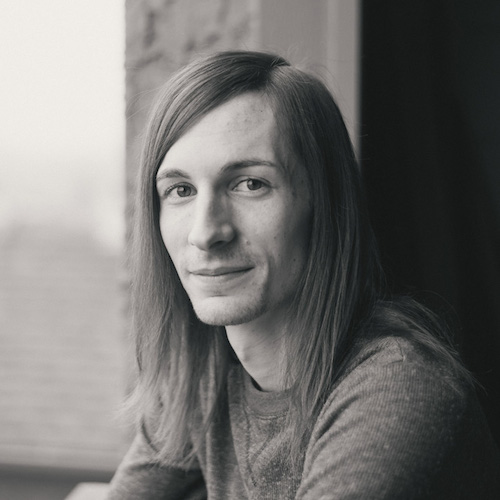 If you’re interested in supplementing your freelance income with alternate revenue streams or are interested in moving out of 100% client work, then you need to hear this story.

Sean is a hand lettering artist from San Antonio, TX who also podcasts and blogs about the design industry. He’s transitioned away from client work and focused on launching Learn Lettering for the past 7 months. This is Part 2 of our interview; you can check out Sean’s thoughts about design professionalism here.

Sean has been incredibly open about how he made that money and how he got to where he is. In his words, “Talking about money is taboo...but I realized: forget the taboos, I’m here to teach people, I’m here to show people that this is possible. You can pursue your passion and make a living if you’re willing to work hard at it.”

So how did he do it?

1. He built his audience slowly

Sean has written extensively about how he used his expertise to build an online presence and brand over the past several years. He’s very public about how he did this; check out his blog or podcasts to learn more.

While Sean was successfully pursuing his work with clients, he also put up a tutorial about lettering on his website. This page got a quarter million views. He realized there was an untapped market for people who wanted to learn what he knew.

But he didn’t just sit on this knowledge. He did something about it.

3. He used The Overlap Technique to transition his career

As Sean told me, “In terms of general career transition, I use what I call The Overlap Technique. Basically, you work from a position of what I call your "day job," or whatever is paying bills, and invest your spare time into honing your other pursuit. You want to actually spend time doing this other thing on the side to make sure you really love the act of doing it and not just the idea.

It’s a slow process. “Once you've gained momentum and traction in that area, you can start to phase out your previous job gradually. Every vocational transition for me has been a slow process where I have been working on that pursuit for some years in my nights and weekends first,” Sean says.

4. Meanwhile, he announced his product...before he had built it

This might sound late, but this backwards building is what made Sean’s launch so successful. First, it allowed him to maintain continuity throughout the videos, so that each felt like a natural evolution of the one preceding it. Also, this long pre-launch period after the announcement allowed him to learn a lot about marketing practices that he could immediately apply to his process. He gathered advice from experts about how to structure the video series.

The announcement also functioned as an end goal – one that he couldn’t push back or under deliver on. “Put out there what you’re providing as a way to capture interest and as a goal for yourself. I have to end up where I’ve promised. It gives me a clear, distinct goal,” Sean said in this podcast.

5. He used his announcement page to build his list

When he launched that promotional landing page, he had 2,000 subscribers, and 72 hours later, he had 4,000. You can learn how he did that here.

The promotional page builds interest in and need for the product, then asks people to subscribe to get notified when the product launches. But Sean also added instant value for subscribers by telling them they would get an instant, free PDF guide to lettering when they subscribe.

6. He invested time and money into quality

Before launch, Sean had less than $10,000 in his bank account. So when it was time to make the video tutorials, he could have just bought some inexpensive equipment and got it done. But instead he spent over $2,000 on the quality video equipment and more money on getting his website ready to host the videos.

Then he started giving away his videos in advance, for free, to his subscribers. Then he warned them when it was launching and gave them an extra incentive to buy on Day 1 by giving them a discount for 24 hours after launch.

8. He launched -- and then told everyone exactly how he did it

The value of being a subscriber to Sean isn’t just learning about lettering. It’s useful for anyone who wants to learn about the evolution of a freelancer from client pawn (which perhaps Sean never was) to multitalented, multichannel artist, venturing into new revenue streams.

The day after launch, I got this email in my inbox: “How Learn Lettering Made $80,000 in 24 Hours With the First $10k in 30 Minutes.” At first, I was astonished that he was willing to be so open about his income. But then I realized how much other freelancers could learn from and be inspired by this simple admission.

9. He understood the value of community

One final point. When Sean launched, he had a small but loyal following of entrepreneurs and aspiring entrepreneurs who contributed to his success. He invested time in (slowly) introducing himself to his network. Joining Freelancers Union is a great way to make real connections with fellow freelancers.

If you’re doing 100% client work and haven’t at least thought about other ways you can make money as a freelancer, I hope that Sean’s story makes you think about other revenue streams and turning your expertise into other marketable products.

Have you thought about transitioning your freelance career away from client work?