Quarterly Tax Guide for Freelancers and the Self-Employed 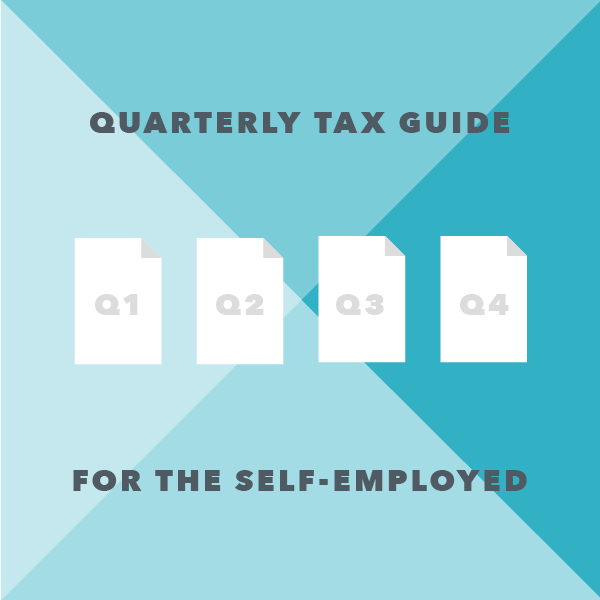 As a freelancer, you will most likely be required to pay taxes quarterly, not just once a year on April 15.

Whether you’re a new freelancer figuring things out for the first time, or a veteran who’s looking to recalculate based on over- or under-paying last year, we hope this guide helps your process.

Who is required to file quarterly estimated taxes? 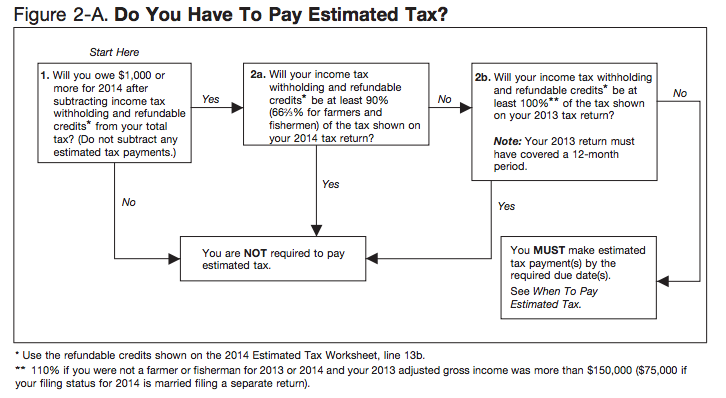 So in case that wasn’t clear to you, here’s the story:

Some frequent questions about who has to pay:

I only freelance as a side business. Do I still have to pay quarterly taxes?

It doesn’t matter if the freelance work is full- or part-time. What matters is, how much will you earn?

That’s very hard to calculate, and depends on your tax bracket. Remember you will be paying at least 15.3% of freelance income in taxes (self-employment tax), so if you’re making more than $15,000 freelancing, you will probably need to pay quarterly taxes. Notice I said “probably”: there are all sorts of mitigating circumstances, like deductions, other income sources, whether or not you also have a part-time employed job, etc. If you’re not sure whether or not you’ll need to pay quarterly taxes, or you think you’ll be close, it would be wise to consult a tax professional.

What happens if I think I won’t have to pay quarterly, but then I end up owing more than $1,000 in taxes?

You will get a penalty plus fined interest on the amount of the missed quarterly payment. It’s not an enormous penalty, but it’d be better not to do it.

What happens if I pay quarterly, but then I end up owing less than $1,000?

It can’t hurt you to file quarterly. If you ever pay more tax than you need to, you can apply the tax to next year’s quarterly tax payment.

How much tax do I have to pay?

If you just finished your 2013 tax return, this will be easy:

If you’re in your first year of freelancing:

If you had no freelance income last year to report, or that freelance income required that you pay less than $1,000 in taxes, no need to file this year. You can file at the end of the year (due April 15), like a regular gig. Just remember that on April 15, your end-of-the-year taxes from 2014 AND your taxes from the first quarter will be due at the same time. This can really throw off some first-timers.

Some frequent questions about how much to pay:

I have no idea how much freelance income I’ll have this year. I’ll might have less / more.

Don’t put too much importance on how accurate your tax estimate is for now. Just start off by sending in what you should based on your 2013 return, and you can adjust later. It’s much more important that you give them what they ask for (¼ of 90% of last year’s tax burden) than that it’s the exact amount for this year.

I had a really dry period. How do I adjust how much I’m paying for this quarter?

You can actually adjust how much you pay each quarter if you’re paying too much or too little. Just fill out the 1040-ES worksheet again to calculate your tax bill for that quarter.

I only make money in the summer. Can I pay taxes in only that quarter?

You could, but it’s pretty complicated. Check out this post on the Annualized Income Installment Method (http://irszilla.com/tax-withholding-estimated-tax/annualized-income-installment-method.htm), which leads you step-by-step through the process.

What happens if I start freelancing in the middle of the year?

You don’t have to worry about quarterly taxes this year. But when you calculate your taxes for next year, remember that you were only freelancing for 6 months, so last year’s freelance tax burden may be a lot lighter than it will be this year. You may choose to pay more tax each quarter than the calculation based on last year’s taxes. If you don’t, you will probably be stuck with a large tax bill in the last quarter.

This all seems complicated. What happens if I don’t pay quarterly taxes?

You will accrue penalties and interest. According to the IRS, “The late payment penalty is one-half of one percent of the tax (0.5%) owed for each month, or part of a month, that the tax remains unpaid after the due date, not exceeding 25 percent.” That plus the 3% interest can be not so fun.

What happens if I pay too much tax?

Don’t worry -- you’re not losing the money. You can apply it to next year’s quarterly taxes.

When is this all due?

For income received Jan. 1 through March 31, estimated tax is due April 15.

For income received April 1 through May 31, estimated tax is due June 15.

For income received June 1 through Aug. 31, estimated tax is due Sept. 15.

Any more questions? Feel free to leave them in comments!