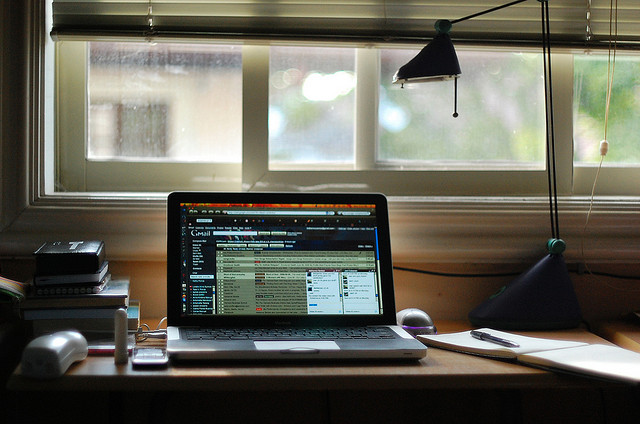 There’s a lot of talk about how Millennials are changing how we work. But baby boomers are also redefining work: by working later, working part-time during retirement, and working from home.

Americans aged 55+ now represent the fastest-growing segment in the country’s workforce, according to a study by The Associated Press-NORC Center for Public Research. By 2020, an estimated one fourth of American workers will be 55 or older, up from 19 percent in 2010. Americans are living longer and are healthier at retirement age, so many are choosing to work longer, too.

Although boomers continue to work past traditional retirement age, they may not work in traditional ways. Analysts predict more boomers may become telecommuters and freelancers.

According to research by the Telework Research Network, the typical teleworker is 49 years old, college-educated, salaried, and earning $58,000 a year. There are currently 2.9 million teleworkers in America, though experts expect that number to double in the next five years. As Joel Kotkin and Wendell Cox suggest, these trends predict a further expansion of teleworkers as Boomers age.

Though the majority of teleworkers are salaried, there is evidence that the number of self-employed at-home workers -- freelancers -- will also rise. Among working Boomers, more than 5 million run their own businesses or are otherwise self-employed, according to the Small Business Administration. From 2000 to 2007, this number rose a whopping 52%. And as more of these boomers retire, many may choose to continue self-employment into retirement.

Freelancers typically work in metropolitan areas, but this may change as more aging boomers move to rural communities and suburbs. Boomers are looking for more affordable communities, where a part-time telecommuting, a part-time freelancing salary, or less-than-amble retirement plans can sustain them more comfortably. Teleworking suburbs are already becoming more popular; visit this article to see a full list of popular telecommuting suburbs.

Are there any work-from-home boomers amongst us? Can you tell us about your choice to go freelancing or continue to freelance during a partial retirement?