You Are In Control 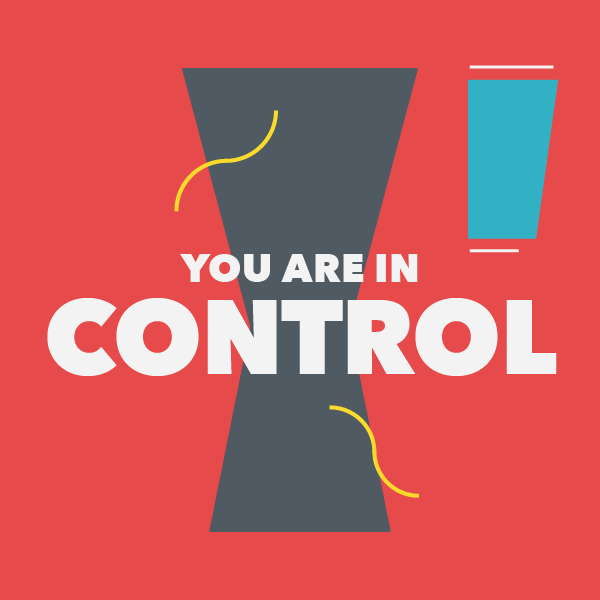 By Katie Lane (reprinted from her blog)

This guest blog post was written by Katie Lane, an attorney and negotiation consultant who helps freelancers and independent artists protect their rights and get paid fairly for the work they do. Combining a background in theatre, years of experience negotiating multi-million dollar deals, and a deep affection for all things nerdy, Katie teaches freelancers how to negotiate in a style that feels comfortable, strong, and authentic. She posts weekly about negotiation and law on her blog at WorkMadeForHire.net, and she is also leading our next Freelance 360 educational event in Portland.

Feeling like you don’t have control over what happens in your work is a pretty crappy feeling.

I hear from freelancers all the time about clients who push them around and bills that necessitate taking less than stellar jobs. About the frustration of feeling like the jobs dictate the work, instead of being able to direct one’s own career.

I also know that working a day-job and doing freelance on the side can be frustrating: you aren’t fully in either world and so it can feel like you don’t have control in either.

No matter what your current freelance position is, this post is my simple reminder to you that you are in control. You do have the power to decide what happens next.

You are the boss.

One of the great things about freelancing is that you are your own boss.

And one of the frustrating things about freelancing is that you don’t have an external boss to tell you what to do, how to prioritize or to stand between you and a completely unreasonable client demand.

Making it harder, certain (obnoxious) clients will tell you that they are your boss because they’re paying your fee.

A client is not a your boss. A client is a customer. Someone to whom you should pay a great deal of attention, but not someone in charge of you. The customer is not always right.

As the boss you also have the power to assess a situation and make the decision that the temporary client shenanigans are worth the extra effort you’ll have to put into the project. You can the decide that the money or opportunity or project is worth it.

Whatever you decide, though, remember that it is your decision. As the boss, you are in charge and get to decide what you will, and won’t, do.

Does that mean it will be easier to say “no” to the client demand or push through the next deadline? No.

But knowing it’s your decision to do so can help make the process a whole lot easier. It can help you find the “yes” in your “no.”

You know more about what you do than they do.

Clients are hiring you because you have a skill or talent or ability that they want to benefit from. Put more simply: you have something that they want.

By Kumar Appaiah via Flickr.com

This is something you probably inherently know as a freelancer, but it’s incredibly easy to forget. In part because they also have something you want: work, money.

The client is not all knowing. Their possession of money and the ability to give it to you does not mean they know more about what you do than you do.

Many clients don’t realize everything that goes into what you do — the steps, the consideration, the planning. This can mean that when they ask for something outlandish, they don’t actually realize it’s outlandish.

They also might not realize that what they’re asking for is contrary to what they said their goals for the project are. As the expert in doing what you do, it’s your job to intervene and educate clients when they start wandering down these treacherous garden paths.

Moving into a consultant role on a job can feel intimidating. “They seem so sure of what they want.” “These are smart people, they have to realize what they’re asking. They must know something I don’t.”

By Pete Prodoehl via Flickr.com

But don’t put yourself in a Horrible Realizations Made Too Late situation.

“Before we go any further, I want to make sure we’re on the same page. You’ve said you want to use this project for X, Y and Z. You’ve also said that you want A and B. If we go forward with B, you won’t be able to do X or Z; is that what you want?”

At the same time, it is perfectly OK to tell a client “No” when they try and get consulting services out of a project that doesn’t justify them. (Remember: you’re the boss.)

Let’s take a simple illustration design as an example: They hire you to create icons they can use across their social media accounts. You collect information about what they want the icon to look like and which platforms they use or intend to use.

Scenario A: They tell you they just need one file, not a whole bunch. They’ll just make the image bigger or smaller depending on where they use it.

Scenario B: They ask about the market value of using different colors on the illustration, because oh, by the way, he wants to use this as a logo. Do customers respond better to red or blue? And what’s the best way of introducing a new logo? Do you think he should make t-shirts with it for his employees?

By Ross Mayfield via Flickr.com

In Scenario A, use your expertise to educate the client about why that might not be a great idea and explain what limitations he’ll face if you do that. Make a recommendation of what to do instead.

With Scenario B on the other hand, the client is asking for services (valuable services) that are beyond the scope of what he hired you to do. If you feel like you can give him good advice, let him know that you can help but those consulting services weren’t included in what he hired you to do. If he’d like to consult about brand development and placement that will require an additional fee.

If those questions are way outside your comfort zone or you just don’t want to do it? Say no. Tell him you can’t provide those services but you know of these three people that might be able to help him out.

Freelancing is hard work. But it can also be very rewarding work.

Don’t let pushy or misguided clients make you forget one of the best things about freelancing: that you are in control and you get to make the decisions that are best for you.

Freelancing in the Pacific Northwest? Learn more from Katie Lane at Be Their Go-To: Building Lasting Relationships with Clients and Collaborators! The event is held on Tuesday, Feb 20 at Moxie Studio, from 6:30-8:30 PM.