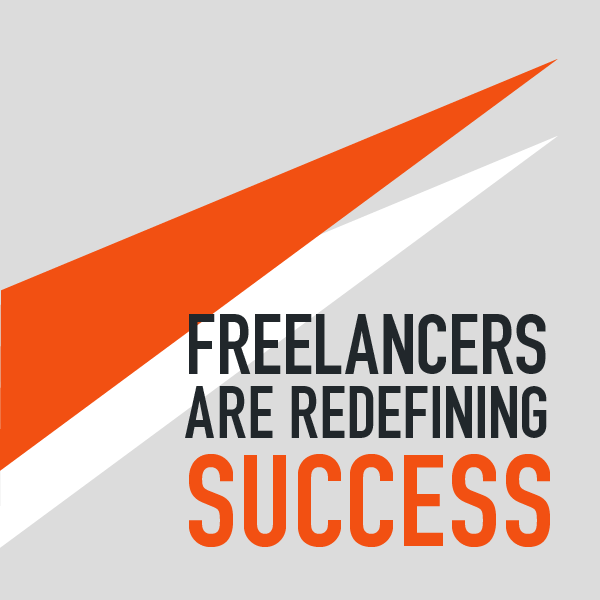 There’s something happening. I’ve been hearing it from members for years, but it’s getting louder.

For freelancers, success isn’t about chasing the corner office. It’s about time, passion, and well-being.

I wrote about this change last week in Fast Company. More than 4,000 Facebook likes and 1,000 tweets later, it clearly resonated.

Independent workers are establishing a new way to work--and in the process, they’re cultivating a new way of life. Success in 2014 is less about wealth than it is about value--the value of time, community, and well-being.

As the availability of the traditional 40-hour-a-week job wanes, so does its appeal. Who wants to “clock-out” at the end of the day when you can dictate your own schedule?

Many freelancers rightly see the standard workweek as a prison of the past. Managing your own time isn’t just rewarding--it’s practical and efficient. Parents don’t have to “leave early” to pick up their kids. The idea of “killing time” until the clock strikes 5:00 becomes obsolete when that time is chiefly your own.

Time is a new currency, and successful freelancers manage, save, and spend it wisely.

And it’s not just the Fast Company piece.

Our Freelancers Pyramid of Self-Actualization was our first attempt to put onto paper the ideas we’ve been hearing from our members -- that the more “successful” you are as a freelancer, the more you count on and give back to your network and your community.

Instead, we got a surprise.

Now, this isn’t a scientific study by any means. But it does affirm what we’ve been hearing anecdotally for years. Freelancers are leading the way to a new, more balanced life.

What’s your definition of success? What do you need to get there? Let me know at @Sara_Horowitz.