Norman Rockwell on Being an Artist-for-Hire, Public Opinion, and Working from the Gut 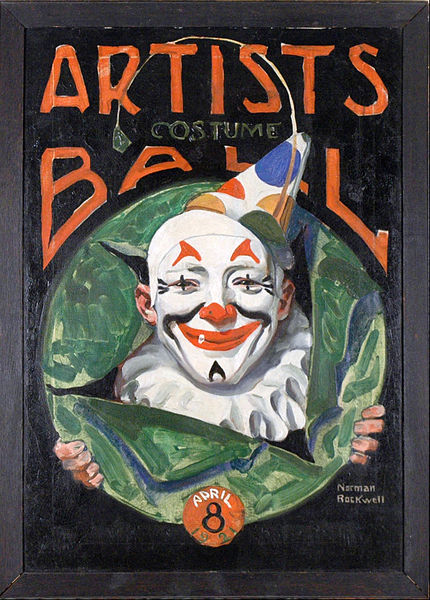 Norman Rockwell has long been almost an artist. Many art critics have considered him merely a great commercial illustrator - a quality worker-for-hire, but not a fine artist.

It’s a distinction that Rockwell himself thought deeply about. So today, on what would be Rockwell’s 120th birthday, let’s take some time to think about the question that was central to his life and is probably a concern for most creative freelancers and contractors: Is what we do art? And does this distinction matter?

In Rockwell’s lifetime, he was hardly ever considered a fine artist. In fact, some artists say that his name was spoken “with disgust and disdain” as a sell-out. He was too happy to be an artist -- some critics found his “relentless optimism” exhausting. Some say that his paintings are too shiny. Or they aren’t angsty enough.

But as the years pass, opinion is changing. Just look at this Seattle PI article published two years ago and cheekily titled, “Art Critic Admits to Liking Norman Rockwell, Does Not Need to Go Underground.” Or the fact that his most recent auctioned painting sold for $46 million.

Unfortunately, it may be that recent biographies of Rockwell that paint him as suicidal and sexually repressed have actually increased his stature as an artist. A biography published this past December, “American Mirror” by Deborah Solomon, suggests that Rockwell was also a homosexual. The claim has been met with fury from Rockwell’s family but has reignited interest and debate around Rockwell as an artist. (It has also set off a flurry of art critics examining his paintings for repressed homoerotic themes. )

Solomon wrote the book consciously hoping it would set the record straight about Rockwell: "To me, it’s not a book about Rockwell’s sexuality and I really try to make the case for his largeness as an artist," she said. A large portion of the book is dedicated to his feelings of exclusion from the world of “fine art,” and to Solomon’s claims that he should be considered a real artist.

Rockwell defines himself (and we can too)

In 1962 (at the age of 68), Rockwell was quoted in Esquire magazine as saying, "No man with a conscience can just bat out illustrations. He's got to put all of his talent, all of his feeling into them. If illustration is not considered art, then that is something that we have brought upon ourselves by not considering ourselves artists. I believe that we should say, ‘I am not just an illustrator, I am an artist.’”

It’s true that what we think of ourselves shapes how others see us. I think commercial artists today -- what we would probably call freelance illustrators, graphic designers, etc. -- have already changed our perception of their work as art by considering themselves to be artists. And there’s not as clean a distinction between “art” and “non-art” as there once was.

Instead, maybe we’re just beginning to respect people who work from the gut. The man or woman who puts “all of his talent, all of his feeling” into what they do.

But that’s something freelancers must define for ourselves.

**Creative freelancers, do you consider yourselves artists? If not, why? **