10 Things You May Not Know About Wolfgang Amadeus Mozart 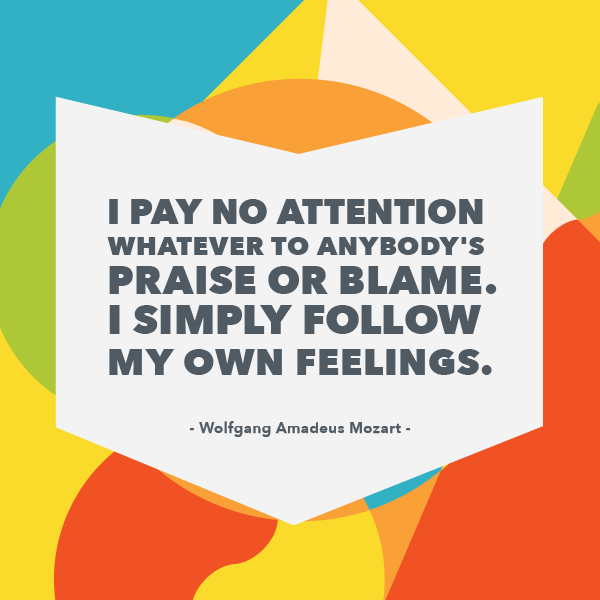 Happy Birthday, Mozart! He would be 258 years old today. Here are 10 things you may not know about him (unless you're a Mozart afficionado, that is):

1. Mozart was baptised as Johannes Chrysostomus Wolfgangus Theophilus Mozart. I'm sure he wasn't teased on the playground.

3. Mozart began composing at the age of 5. Here's the piece. Guaranteed to make you ashamed that at age 5 you were still chewing on pipe cleaners.

4. Mozart was paid less than half what his predecessor at the court of Joseph II, Christoph Willibald Gluck. If you need further proof that salary does not equal your life's impact, I don't know what to tell you.

5. Mozart fell in love with a German soprano, Aloysia Weber in 1777 (when Mozart was 21). He left Germany for a short time and when he came back, Aloysia spurned him. His biographer describes their encounter: "When he entered, she appeared no longer to know him, for whom she previously had wept. Accordingly, he sat down at the piano and sang in a loud voice, "Leck mir das Mensch im Arsch, das mich nicht will" (The one who doesn't want me can lick my ass)."

8. In 1787, the young Ludwig van Beethoven travelled to Vienna in the hopes of studying with Mozart. We'll never know if they actually met.

9. Mozart died of unknown causes. Researchers have posited no less than 118 causes of death, including mercury poisonin, Strep, and an infection from undercooked pork chops.

10. Mozart loved scatalogical humor. In case you don't know what that is, it's jokes about "defecation, urination, and flatulence, and to a lesser extent vomiting and other body functions." According to Wikipedia, "this material has long been a puzzle for Mozart scholarship." A puzzle indeed. I literally cannot post any examples on this blog, but here you go.