Tax Advice for Freelancers in 2014: What ACA & New Home-Office Calculations Mean for You 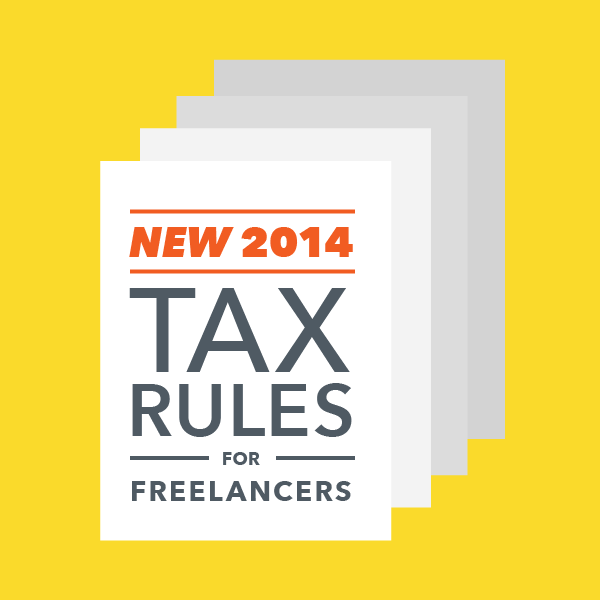 Jonathan Medows is a New York City based CPA who specializes in taxes and business issues for freelancers across the country. He has a resource section with how-to articles specifically for the self-employed at his website, www.cpaforfreelancers.com.

It’s a new year and that means it’s time to take note of the new financial realities and tax laws that apply to freelancers. Among them: Individual health insurance marketplaces on the state and federal level are continuing to enroll self-employed people for 2014 coverage under the Affordable Care Act; taxes are increasing on the wealthiest Americans; and the IRS has introduced a simplified method for calculating the home-office tax deduction.

Along with getting up to speed on new rules and regs, this is also a good time for freelancers to do some goal-setting for 2014 and start saving for quarterly income tax payments. Think of them as professional New Year’s resolutions.

Many freelancers who qualify for this deduction because they use a portion of their homes or apartments exclusively as their main place of business, have nevertheless been reluctant to claim it. That’s because it is quite complex, requiring a separate form (Form 8829) that includes a calculation of the square footage of the home office space and what percentage it represents of the total square footage of the home or apartment. The deduction is then based on that percentage.

For freelancers who live in high-rent cities, such as New York, Los Angeles or San Francisco, the simplified deduction may not make economic sense, however. Check with your tax preparer and if it’s more beneficial, you can still use Form 8829 to claim your home office deduction.

If you are self-employed and do not have health insurance, you have until March 31 to sign up for an individual policy on an ACA marketplace – either run by your state or by the federal government if your state has opted out of the process. If you don’t secure insurance before that date, either on a so-called Obamacare exchange or through a broker, you could face a penalty when you file your 2014 tax return because you were uninsured this year. The charge for 2014 is the higher of two amounts: 1 percent of your yearly household income, or $95 per person. The penalty is capped at $285 per uninsured family.

It’s too late to get insurance for all of 2014, but even if you get insurance for part of the year, your penalty will be prorated. The amount of the penalty goes up quickly after this year. If you expect a tax refund in 2015, when you file your 2014 return, the IRS will subtract that penalty from your refund. Or, if you’re not entitled to a refund in a year, you’ll get a tax bill for the penalty. This new requirement stems from Obamacare’s controversial “individual mandate” that was the subject of a bitter political clash but was ultimately approved by the U.S. Supreme Court in 2012.

For freelancers fortunate enough to have taxable income over $200,000 as individuals or $250,000 if they’re married couples filing jointly, here’s the downside: You’ll find some new taxes kicking in for your 2013 tax return. The most notable is a Medicare surtax, which pays for health coverage for older Americans. It will add 3.8 percent onto your tax liability this year.

Income tax brackets will be widened this year. That means you may be able to earn a little more in 2014 without being bumped up into a higher tax bracket. The personal exemption for tax purposes was also increased slightly for 2014, going from $3,900 to $3,950. If you have an IRA, you can contribute $5,500 to it this year. The 2014 contribution limit for a SEP IRA, which is often used by the self-employed, is the lower of $52,000 or 25 percent of your earned income for this year.

If you have a 401(k) pension, you can put up to $17,500 into it in 2014. If you don’t have a retirement plan, establish one this year. Making contributions to a retirement plan is a great idea, not only so you’ll have funds to live on when you retire, but also because the contributions directly reduce your taxable income in the year you make them. Contributions for health savings accounts in 2014 top out at $3,300.

Look at your income for 2013 and set some goals for 2014. With an improving economy, will you be able to bring in 10 percent more income this year? Are you struggling and hope just to equal your 2013 income? Setting income goals for the year now and coming up with some simple things you can do to meet them can help a lot.

For instance, can you bring in one new freelance gig a month, or one every other month? Can you win half a dozen new clients this year for your freelance business? Be realistic but aim high – then don’t beat yourself up a year from now if you don’t reach every goal. Just having challenges in place will improve your business prospects for 2014.

The first payment is usually due on April 15, which can mean you’re in for a double-whammy if you also have tax liability for 2013. Start saving now for your quarterly payments. Additional payments are due in June, September and January 2014; if you don’t make the payments on time, you could be hit with penalties and interest – as well as major tax liability in April 2015.