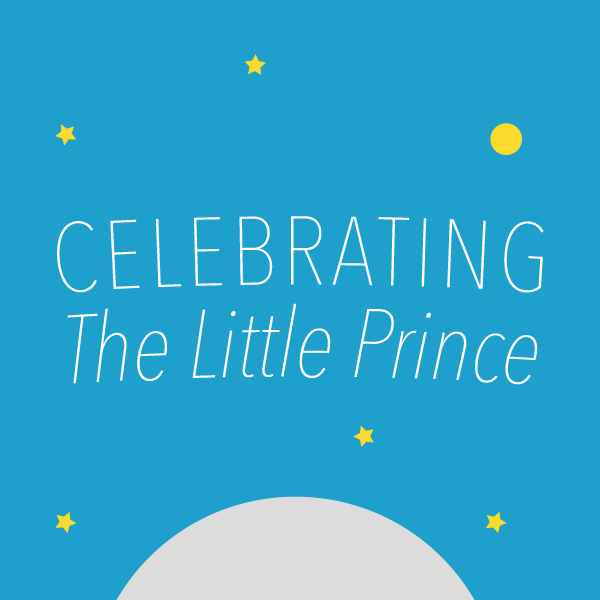 70 years ago, a small novella was published in New York by a barely-known French author about the resident of a certain asteroid called B-612.

Mystical and charming, this book, The Little Prince, would eventually be voted the best French book of the 20th century, one of the best childrens books of all time, and continues to sell over a million copies a year, making it the third highest selling book of all time.

Its author, Antoine de Saint-Exupéry, a poet-philosopher and aviation pioneer, would die just one year after The Little Prince was published, shot down over the Mediterranean by a Luftwaffe pilot at the age of 44. Although he never saw the worldwide phenomenon The Little Prince would become, his legacy of adventure and independence continue to inspire those of us who want to do what we love or follow our own path.

The Little Prince begins with an adult pilot crashing in the middle of the desert and then trying to repair his airplane. Suddenly, the prince appears, asking the stressed, dirty, and thirsty pilot to draw a sheep. The pilot at first refuses.

That’s the problem with grown-ups, the prince says: they’re too serious, their imaginations are non-existent, and when you try to talk to them about important things, they just think about how busy and worried they are. (Though if I was stranded in the desert, I might be worried too.)

Throughout the story, we begin to understand the value of a child’s perspective and unlearn some of our boring and tiresome adultness.

Saint-Exupéry failed the Naval Academy entrance exam (twice) and was doing odd jobs when he began taking private flying lessons at the age of 21. This kicked off a life-long love affair with flying, despite the fact that it was an extremely risky time to be flying (before planes had accurate and secure instruments and equipment).

In 1935, Saint-Exupéry was attempting to break a speed-record when his plane came down in the middle of the desert in Egypt. Miraculously, Saint Exupéry and his mechanic survived, only to suffer three days of near-death dehydration. They were found by Bedouins on camels who saved their lives. It is thought that Saint-Exupéry’s plane crash experience influenced the plane crash in The Little Prince.

Perhaps the best-known fact about Saint-Exupéry’s personal life is his tumultuous relationships, of which much has been written and his personal letters published. (Remind me to burn any personal records before I die.) In The Little Prince, the “romance” of the story is between the prince and a rose on his planet, pictured above in a museum in Hokone, Japan. Over time, the prince learns the value of this rose and how she has changed and “tamed” him.

Of course, the art of “wasting time” for love isn’t limited to romantic love: the time I “waste” writing bad poetry or making weird art is what makes it so important to me, no matter what the result. Our willingness to do something without gain, without tangible results, is how we know we love it.

Although The Little Prince is considered a childrens’ book, one gets the strong sense that Saint-Exupéry is also trying to shepherd adult readers in his philosophical direction.

Take the quote above: If we remembered that honesty always trumps wit, wouldn’t our whole world be a lot more sane? In the long run, it’s on this ground that our success in business and our personal lives will stand.

This is the reason The Little Prince still resonates with readers young and old, and why around the world, monuments are erected to remind us of this child-like love of simplicity, directness, and honor.

Here are just a few statues, museums, and monuments of The Little Prince around the world:

Monument in Ukraine. Photo by Skolzyashiy.

Fountain at Museum of The Little Prince in Hokone, Japan. Photo by Arnaud Malon.

Museum of The Little Prince in Morocco.

Monument in Barcelona. Photo by Electro07.

If you enjoyed The Little Prince, I highly recommend Saint-Exupéry’s other books:

Night Flight: The story of Saint-Exupery and other mail pilots’ journeys in South America 70 years ago. Forward by Andre Gide. Saint-Exupéry has been called the best person to write about flying ever, so if you’re an aspiring pilot or just enjoy a good adventure story, you may enjoy this one.

Wind, Sand and Stars: Saint-Exupéry’s autobiography. Named one of Time’s best adventure books of all time.

Citadelle a.k.a. Wisdom of the Sands: This is a breathtakingly beautiful book, but it is a presentation of philosophy, not really fictional or biographical. One of my favorite books ever. If you appreciated Saint-Exupéry’s philosophy in The Little Prince, you will find more of it here.

What does The Little Prince mean to you?