I’ve Got Proof Freelancers are Fueling the Sharing Economy 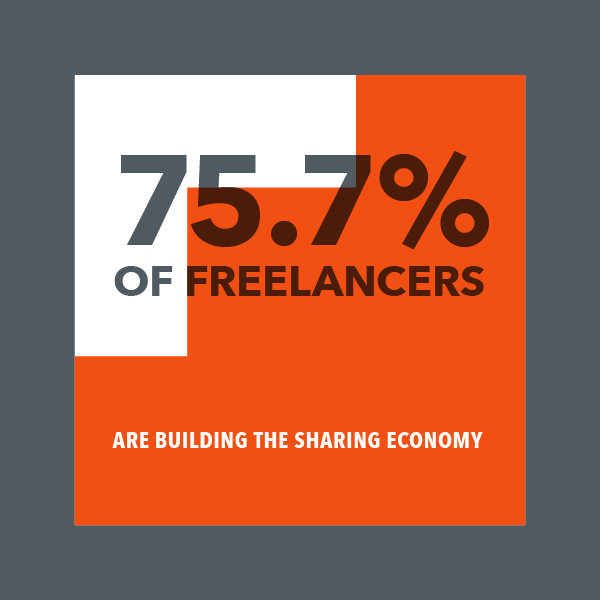 I’ve been saying for a long time now that freelancers are building the sharing economy. But now I have the hard numbers that prove it.

We asked our members this month to take a quick survey on what they know about the “sharing economy.” They responded in droves. And the answers were even more interesting than I was expecting.

My favorite stat to come out of the survey? More of our members have actually participated in the sharing economy (76%) than had even heard of the term “sharing economy” (67%). They’re leading this movement, even if they don’t know it yet.

Our members have engaged in all parts of the sharing economy.

But the real question is, “Why?” For our members, it’s really three-fold. A majority of our members said they use these services to save money (64%), because they believe in the sharing economy (58%), or for convenience (51%).

That’s a pretty good way to understand what this new economy will look like and how people will interact with it. Whether it’s because you deeply believe in the principles or just see it as a way to help you in your daily life, the sharing economy can do it all.