Freelancers Forced to be Temps? Protecting (and Limiting) Freelancing 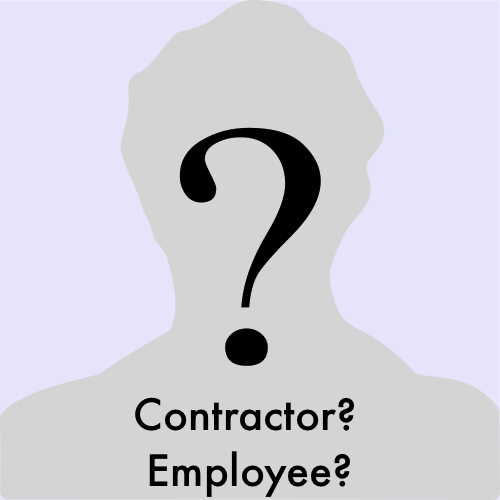 In the last several years, the IRS, Department of Labor, and other government agencies have come down heavily on employers who try to get around payroll taxes and other fees by misclassifying independent contractors. Businesses both small and large can receive fines for treating an independent contractor like an employee through payment, behavior, training, etc.

In many ways, making sure that companies don’t exploit freelancers is a great thing. It protects people like Sara Horowitz, our founder, whose own misclassification as an independent contractor led to her start Freelancers Union. It prevents employers from controlling the work habits of freelancers, who should be able to determine where and when they work. It limits employers from hiring workers as "freelancers" simply to avoid paying benefits.

“These systems are designed to protect the rights of freelancers,” HR Generalist Bryan McDowl told us. “These regulations shouldn’t affect employers who hire freelancers the right way and know from the start why they’re hiring a freelancer.”

Unfortunately, the incentive to misclassify and hire freelancers for the wrong reasons is growing. As a spokeswoman for the DOL said recently, “The ACA is going to significantly affect the way employers hire and make hiring decisions, and it definitely increases the desire to hire more independent contractors and the temptation to misclassify them."

Under the ACA, a “large business” (more than 50 employees) is responsible for certain taxes and health benefits for employees. Independent contractors do not count as employees, so some companies may choose to hire freelancers instead of traditional employees to stay under 50 staffers and evade these responsibilities. The IRS and DOL will be especially vigilant about independent contractor issues once the requirement goes into effect January 1, 2015.

These regulations are intended to protect workers and do_ _protect them. However, some freelancers who work on longer-term projects are finding these regulations can hurt their businesses.

A copywriter from New York, Beth* told us she’s about to lose her biggest client -- a company with tens of thousands of employees nationwide -- because the company is afraid that the IRS will fine them due to her status. She’s worked hundreds of hours this year and she has no other current clients. If she doesn’t give up her freelance status and join a temp agency, the company will be forced to fire her.

If Beth joins the temp agency, she will lose her ability to contribute to a pre-tax 401(k) plan she maintains independently. She is close to retirement, so she doesn’t consider this an option. Her client has also offered her full-time employment, but that would cause her to lose something even more important: freedom.

“I work my own hours, on projects I choose or don’t choose, at home or in the office,” Beth told us. “I don’t want to get sucked in and be expected to work on any project my boss tells me to.”

IRS and Department of Labor regulations aren’t black and white. Agents must weigh each set of circumstances and there are a lot of gray areas. But her unclear status could mean big fines for her client, despite the fact that she doesn’t want to be an employee.

It’s not only freelancers like Beth who are affected. These regulations may also cause employers to limit all their freelancer contracts to one year, whether the person works for 5 hours a week or 40.

“[The company] recently hired a freelancer to work on a newsletter project for less than 10 hours a week,” Beth told us. “But despite how many hours she was working and the fact that it’s a project-based gig, they told her that she can only work for [the company] for a year. After that they’ll find someone else. It’s the new company policy.”

Is it possible that a system designed to protect freelancers is now causing employers to over-protect themselves? And will that hurt freelancers?

Freelancers, has this been an issue for you? Are you feeling pressured to become full-time?

*Not her real name.