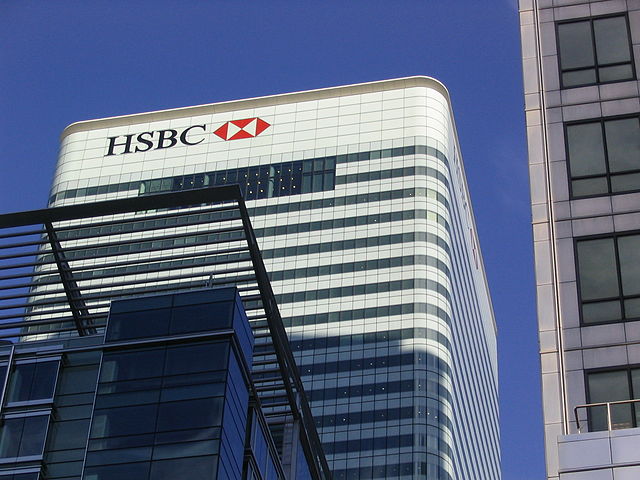 Last week, when self-employed author and speaker Brent King was driving home from the airport, he tried to use the debit card connected to his HSBC business account.

To his surprise, it was declined. Thinking there was some incident of fraud, he contacted HSBC, who told him that there was no problem with his card. It was simply that his small business account had been closed.

This was certainly news to Brent, who told his story in Huffington Post this week. He said he received no message in his personal banking system. No email. No snail mail (they supposedly tried).

When he tried to get an answer about why his account had been closed, he said he got a scripted response that after a “strategic review, HSBC had determined that there were many small business accounts closed due to not being international or multi-national in scope, with too small a balance or not enough transactions.”

Casting off the Middle Market

HSBC is no longer interested in certain small-business accounts, choosing instead to focus on larger, international businesses.

Brent was one of more than 45,000 small-business owners who lost their HSBC accounts last week. And HSBC isn’t the first big bank to spurn “low-earning” clients. Last year, JPMorgan Chase all but said it preferred to serve clients with accounts of $100,000 or more and had shifted its focus away from small clients, as HuffPost Business reported. It no longer found middle-market customers profitable, and was phasing out less-profitable branches.

Small banks are ready to fill the gap.

Apple Bank is a small, locally-owned, community bank that operates mainly in the outer boroughs of New York City. Their success has come from nurturing relationships with small-business owners in areas of high business growth that were scorned by big banks.

“We're not after the midtown-Manhattan type of customer,” a senior vice president told Crain’s NY Business. Apple Bank is expanding in Queens and Brooklyn. It staffs branches in immigrant neighborhoods with native speakers and even customizes the design of its branches for local clientele.

Community banks can make up for larger banks’ mass exodus. “A lot of our growth is from taking retail and small-business customers away from larger institutions,” the president of Community National Bank, another local bank in Long Island, told Crain’s.

According to Forbes, community banks and credit unions make almost 60% of small business loans, though they hold only 20% of national bank assets. That’s because they don’t rely exclusively on computer models to determine whether or not to make a loan. Knowledge of their local communities -- and the understanding that the community’s success is their success -- can mean better rates and options for small-business owners. These banks may have more flexibility in assessing risk and lend to a wider range of small businesses.

Another example of a bank working with its customers as a member of the community, union-owned Ammalgamated Bank rushed to create a special short-term loan program to support workers left in the lurch by the goverment shutdown.

New business owners sometimes assume that big banks offer better rates or are more secure. Brent’s experience and that of thousands of small business owners like him may prove otherwise.

It’s time to recognize that in finances as in most areas of our freelance lives, local, community-oriented support is our best business asset. This is New Mutualism in action.

Were you affected by HSBC’s shutdown? How do you choose where to bank and why?