'Tis the Season for Tax Planning 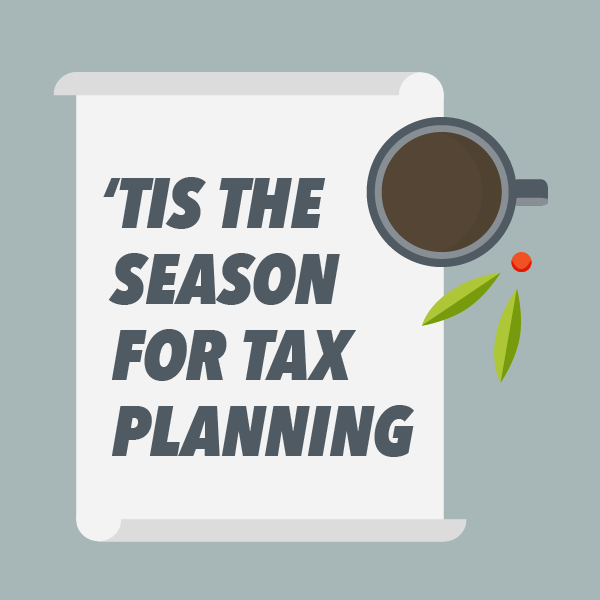 Jonathan Medows is a New York City based CPA who specializes in taxes and business issues for freelancers across the country. He has a resource section with how-to articles specifically for the self-employed at his website, www.cpaforfreelancers.com.

‘Tis the season. Yes - for shopping, egg nog and over-indulgence at the buffet table. But for freelancers, it’s also the season to take stock of your income and expenses for 2013, get your financial house in order and determine what you will owe in taxes come next April.

The big new issue for self-employed individuals this year is the premium tax credit that will be available to low- and moderate-income individuals who buy health insurance on the Obamacare marketplaces, whether they are run by your state or at the federal level. With healthcare.gov and certain state-run exchanges experiencing many early technical glitches, relatively few individuals have been able to calculate their tax credits or sign up for coverage this fall.

However, the system is designed to subsidize the cost of health insurance for those who are not covered by an employer. That subsidy can either be taken as a credit on your tax liability in the following calendar year (i.e., 2015 for 2014 insurance expenses) or as an upfront payment to your insurance company that will reduce the cost of your monthly premiums. Again, this credit is only available for insurance purchased on the Obamacare exchanges, but it is available to a wide range of Americans, including individuals making up to about $45,000 annually and four-person households bringing in about $94,000.

If you fall into that income range and buy private insurance, it will probably be worth your while to explore your Obamacare marketplace to determine what your options for coverage are in 2014. Individuals who are not covered by a health plan next year will have to pay a penalty of $95, unless that penalty is lifted due to the ongoing website technical problems. The IRS explains the tax credit and how it works in more detail at its website, http://www.irs.gov/uac/The-Premium-Tax-Credit.

Another tax change that freelancers should be aware of also comes down courtesy of the Affordable Care Act. It’s an increase in the threshold for the unreimbursed medical expense deduction. If you list medical expenses, including insurance premiums, as itemized deductions on your income tax Schedule A, you can continue to do that for 2013. But they must exceed 10 percent of your adjusted gross income in order to become a tax deduction, unless you are 65 or older. In past years, they only had to reach 7.5 percent of your AGI to qualify as a deduction. If you have pending medical bills and can pay them off in December, you may become eligible for that deduction. If your business income shows a profit and you’re not eligible for employer-provided insurance through a job or a spouse’s job, you can deduct your out-of-pocket cost for insurance premiums on line 29 of your 1040 form.

Also in 2013, the self-employment tax rate went from 13.3 percent to 15.3 percent, thanks to the expiration of a tax holiday passed as part of the effort to stimulate the economy during the recent recession. Freelancers who make quarterly tax payments should already be paying the higher amount; those who expect to owe money in April 2014 should take the rate increase into account now and save accordingly.

By the way, if you have been making quarterly estimated payments on your self-employment income, this is the time to calculate whether you have overpaid or underpaid for 2013. If you’ve overpaid, you can probably reduce your final quarterly that is due in January 2014. If you’ve underpaid, you may want to increase your January 2014 payment so you won’t get hit with tax liability come April 15.

This is also a good time to take stock of whether you are likely to fall into the same tax bracket this year as you were in during 2012. The tax rates for lower- and middle-class Americans have been made permanent at the level they were in 2012, although the two top tax rates went up after last year’s budget standoff in Congress. If you can, make a determination about 2014 and whether you are likely to have less income next year, or additional income that could bump you into a higher tax bracket. Defer income scheduled to come in late this year if you expect to fall into a lower tax bracket next year and accelerate any planned deductions, such as purchasing a new computer or mobile device. If, on the other hand, you are likely to work more or raise your prices next year and you may be pushed into a higher tax bracket, ask clients who owe you money to pay up before the end of the year. That way you will pay taxes on that income at the lower 2013 rate.

Another way to reduce your income for 2013 is to contribute to your IRA or other retirement account. For 2013, the maximum you can contribute to all of your traditional and Roth IRAs is $5,500 if you are 49 and younger; $6,500 if you’re age 50 or older. If you’re not sure about making a retirement contribution yet, you have until this coming April to make an IRA contribution for tax year 2013.