How to Start a Co-op 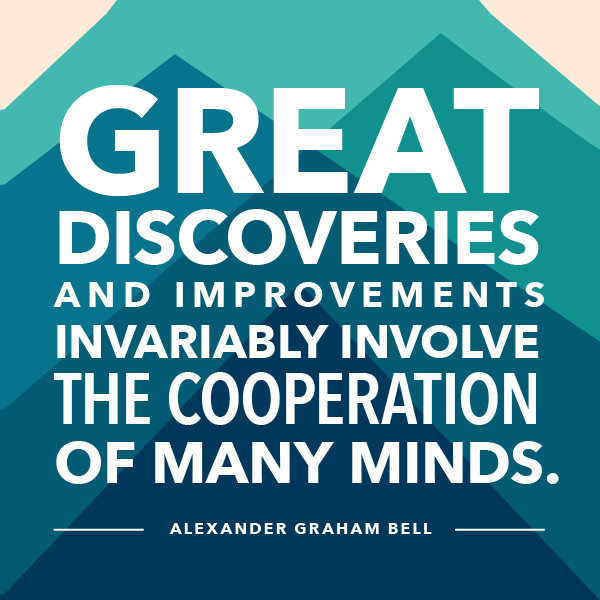 You’re used to being independent. But there are a few things you miss about “traditional” work, right? Like having someone to back you up. Or answer the phone when you’re sick or on vacation. Or, you know, the ability to take a vacation.

Turns out there is a way to get all the benefits of being your own boss without having to go it alone: start a worker co-op.

A worker cooperative is a business owned and managed by the people who work in it. Often workers control the business and get paid based on how much they work for the co-op.

In other words, it’s different from being a freelancer or independent business owner in that you share ownership and responsibility with multiple people.

Cooperatives have a stigma as a hippy thing. But according to Melissa Hoover, the executive director of the US Federation of Worker Cooperatives, “That perception of worker cooperatives as this sort of counter-cultural, utopian, 70’s alternative is really changing.”

You don’t have be left-leaning -- or, as some might assume, Communist -- to start one.

In fact, the worker cooperative movement has been successful both in the US and abroad in creating wealth and ownership among middle class workers who are getting squeezed by the recession.

“[M]any people are seeing worker cooperatives as a way for working people to join the economic mainstream,” Hoover says. “Similar with Detroit, people are really interested in co-operatives in Detroit because they’ve been abandoned by the infrastructure of business and capital.”

For freelancers who have already gone out on their own, worker cooperatives are a way to retain ownership while growing your business beyond they types of jobs you can handle alone. This means that more and more independent business owners are turning towards worker cooperatives as a way to get the best of both the freelance and the corporate business world.

Why is it better than working alone as a freelancer?

Brent Emerson, co-coordinator of the national Tech Coop Network, a network of twenty (and counting) U.S.-based worker coops, argues that starting a co-op is good for your life and good for your business.

“Comparing a worker co-op job to an average freelance lifestyle, I think that the support and additional capacity one receives from co-workers can smooth out feast-and-famine patterns, enable sustainable workloads, and strengthen work/life boundaries.”

Here are some other good reasons:

And don’t forget the “co-op advantage.”

Many socially-minded businesses only hire firms that are socially responsible and committed to fair working situations. That gives co-ops a major advantage in landing clients over other firms and freelancers.

“Worker coops are designed first and foremost to meet worker's needs, so it's not immediately as clear what the benefit is to a client,” Brent told us. “But, in my experience, worker-owners tend to have an unconventional attitude about and investment in their job and their performance.”

As any freelancer knows, when clients have good experiences, other people hear about it. Plus, people feel good about supporting businesses with a positive social mission.

If having a co-op is great, why don’t more people do it?

There are some challenges in starting and running a co-op, like the fact that banks and other lenders, tax attorneys, and accountants are often unfamiliar with the co-op structure. But this all comes down to basic lack of education.

“Our society is not educating us enough -- as consumers, workers, entrepreneurs, lenders, investors, business professionals, etc., etc. -- about the benefits of working together in democratic workplaces,” Brent says.

Melissa Hoover expects cooperatives will become an increasingly popular structure as traditional business recognize the benefits of going co-op. “What I see happening in the next 5, 10, 20 years is a cross-pollination between the worker cooperative world and the practical know-how of working in the market,” she says.

Brent says that as more people see the value in worker cooperatives, it will affect how we look at work and ownership. “We talk about worker-owners having to wear multiple "hats" when making decisions: thinking like business owners, managers, and workers all at the same time. Being responsible for participating democratically at all of these levels can be a profoundly transformative experience, for the individual and for society.”

Co-ops aren’t new. They’re just the next chapter in the labor movement.

According to Brent, “Pioneering labor organizations like the Knights of Labor and the Industrial Workers of the World would recognize modern-day worker cooperatives as an extension of the work they were doing a century or more ago.”

Brent worked with others in his organization to write A Technology Freelancer’s Guide to Starting a Worker Cooperative, a very useful free how-to manual for starting a co-op of any kind.

The book also includes stories from worker cooperatives on the successes and challenges of being a worker-owner. We highly recommend that you download it!

If you or someone you know is interested in starting a co-op, we hope you to reach out to us -- perhaps we’ll be able to point you to the right person to talk to or recommend some resources. And of course, if you’re starting a tech co-op, reach out to The Tech Co-op Network, which connects co-ops for mutual support and collaboration, and guides new worker co-op through startup and transition.