6 labor documentaries that will blow you away 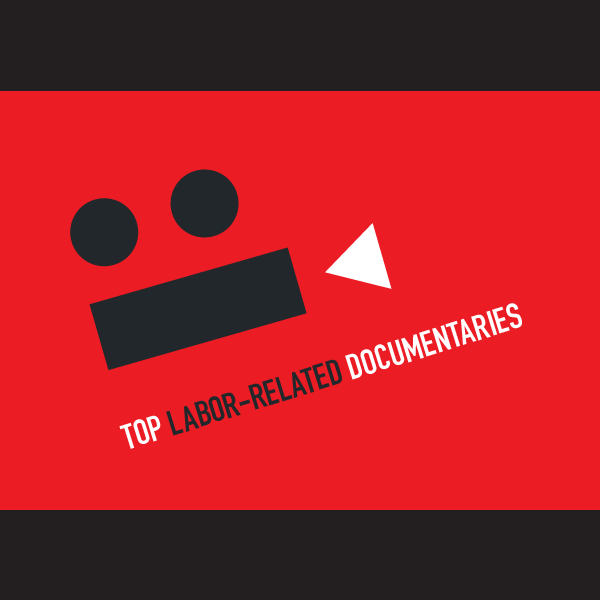 A couple of weeks ago, I made a list of my top labor-related movies. Readers jumped in with their own favorites, and I think a Freelancers Union movie night is in order! I'll keep you posted so you can participate.

In the meantime, we're moving into heavier territory with some great documentaries on the subject. This list is not exhaustive, so if you have another favorite, please weigh in! I look forward to reading your comments.

_American Dream _(1990) – In 1985, workers at a Hormel meatpacking plant in Austin, Minnesota, go on strike to protest cuts in wages and benefits. The national United Food and Commercial Workers Union does not support the strike. The workers hire an outside labor consultant who persuades them to stand their ground and do a national media campaign. The plan backfires. There's a lockout. Hormel hires replacements. Desperate for income, some workers cross picket lines, pitting family members against each other. Won the Oscar for best documentary in 1991.

The Fight in the Fields (1997, PBS) -- The film covers the life of Cesar Chavez and the United Farmworkers Union, tracing his long grassroots campaign for federal minimum wages for agricultural workers. There are dramatic events, including the unprecedented 1965 Delano Grape strike and boycott against California grape growers, which lasted five years and involved 2,000 workers; Senate hearings with Robert F. Kennedy; and a bitter dispute with the Teamsters.

Harlan County, U.S.A. (1976) – In 1973 in Kentucky coal country, miners at the Eastover Coal Company voted to join the United Mineworkers Union for better safety and higher wages. (The company housed the families in shacks without indoor plumbing.) The union effort was crushed. Miners and their wives went on strike. Eastover brought in replacement workers and armed enforcers. By the time the strike hit the one-year mark, both sides were openly carrying weapons. Things turned violent. Won the Oscar for best documentary in 1977.

Roger & Me (1989) – Director Michael Moore explores the impact of General Motors closing several auto plants in his hometown of Flint, Michigan. More than 30,000 people were laid off at the time (the number has since swelled to more than 80,000), devastating the region's economy. The film follows his quest to confront GM CEO Roger Smith for an interview.

_The Take _(2004) – In Spanish with subtitles. Buenos Aires, Argentina, 2001. The country is in a state of economic crisis. Workers from a shuttered Forja auto plant break into the factory, power up the machines and form a worker's cooperative. Police barricades, tear gas and violence follow. The automaker is in bankruptcy and is trying to sell of assets. The workers take their case through the Argentine court system...and win.

WorkingMan’s Death (2005) – Austrian-German production in several languages with subtitles. The film shows the extremes that present-day workers are willing to go to in order to make a living: coal miners in a snowy, desolate region of Ukraine; sulfur carriers on an active volcano in Indonesia; butchers at a crowded, bloody, open-air meat market in Nigeria; welders breaking apart giant ships without safety gear in Pakistan; and steel workers in blazing forges in China. Won outstanding documentary at the German film awards in 2007.

Do you have a great documentary to add to the list? Let me know.