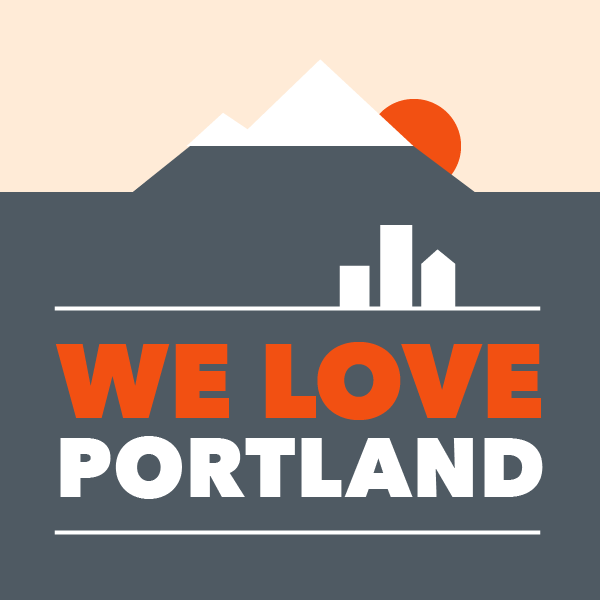 It’s official: Freelancers Union has a crush on Portland, Oregon.

As our founder Sara Horwitz says, Portland seems to “get it” before other cities.

Food trucks? Portland kicked off the 2010 boom. The “sharing economy”? Portland's coops and coworking spaces were cool three decades ago. Awesome freelancers? There may be as many as 500,000 independent workers in Oregon, or 1 in 7 workers. Portland is Oregon’s “creative hub.”

We talked to two Portland entrepreneurs, Eva Scheweber and Rebecca Shapiro, to give us special insight into the city. If you’re a freelancer/entrepreneur, Rose City is indeed a pretty rosy place to be.

A community of entrepreneurs

“Portland has a strong sense of community,” Eva Schweber, founder of CubeSpace and Tech Whisperer, told us. “Portland is a medium sized city that feels like a small town. Everyone seems to be one-degree of separation from everyone else.”

Everyone understands that a strong network is one of the most important assets to an entrepreneur. Portland’s well-developed business, art, tech, local food, and cooperative communities and this “one-degree of separation” supports new local businesses and makes it easier for entrepreneurs to meet partners, investors, and clients.

The Portland community has more “micro-entrepreneurs” per capita than any other city in the country. According to ESRI Business Analyst (cited by Portland Development Commission, there are 5,287 “small firms” per 100,000 residents in Portland, the highest in the country, beating even Seattle and Austin. Entrepreneur Magazine named Portland one of the top cities for entrepreneurs.

Portlanders tend not to be cubby-holed into one industry, either.

“You'll run into designers who sell chicken eggs at the local farmers market (I used to do that), couriers who rock the mic late into the evenings, yoga instructors who teach aromatherapy,” Rebecca Shapiro, a local artist and entrepreneur, told us.

Entrepreneurs also love Portland because it’s filled with good food and great places to meet up.

“The reason why entrepreneurs and freelancers flock to Portland is because we have some of the top coffee spots and food carts/restaurants in the country,” Rebecca says. “You'll find many of us are using these local businesses to top up, meet up, percolate our thoughts and tear off into the rain with the latest big fat great idea!”

If your city streets are filling up with food trucks, you have Portland to thank. Although they’ve probably been around since ancient Greece, Portland had 175 food trucks in 2000, long before the mobile food revolution struck elsewhere. And despite strict law enforcement in places like New York which discourages the proliferation of food trucks, Portland embraces them. There are more than 600 food trucks in Portland today -- that’s one for every thousand people.

And let us not forget Portland’s beer. Forty microbreweries operate in Portland, more than any other city in the world. No wonder it’s been called “Beervana.” 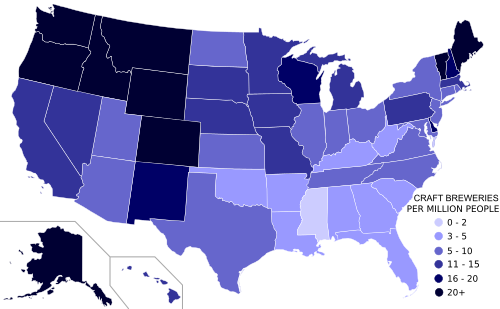 Craft Breweries Per Capita (US)

The “sharing economy” everyone’s talking about has existed in Portland for several decades.

Portland has food coops, bike coops, tech coops, freelancer coops, and coops to organize other coops. The top three food coops in Portland alone bring in $12 million a year. It is not at all unusual to have your local grocery store owned by the people who grow the food and your neighbors.

“Portland's creative co-op community is a buzzing, thriving, energetic, brave, knee-slapping hive of people working together to make their lives meaningful and fun. I see so many people exploring, experimenting, cooperating on levels that you just don't see in a corporate setting,” Rebecca told us.

Even outside of actual co-ops, Portlanders seem to understand that cooperation is mutually beneficial for business owners.

“Cooperation is better for business that competition," Eva says. “There is plenty of work to go around and I serve my customers best by connecting them with the person best suited to their needs, regardless of whether that person is me or someone else. In my experience, my colleagues are happy to do the same for me.”

For profit and for good

Many entrepreneurs are working to grow Portland’s local economy by volunteering for community organizations, launching social-purpose businesses, or contributing to organizations like Awesome Portland, where veteran entrepreneurs give newbies money to make Portland awesomer.

According to Gerry Langler, a Portland venture capitalist, this sense that Portland entrepreneurs should give back is both good and bad. “The collaborative mind-set tends to diffuse that killer instinct. We don’t have too many people obsessed with dominating the world market.” 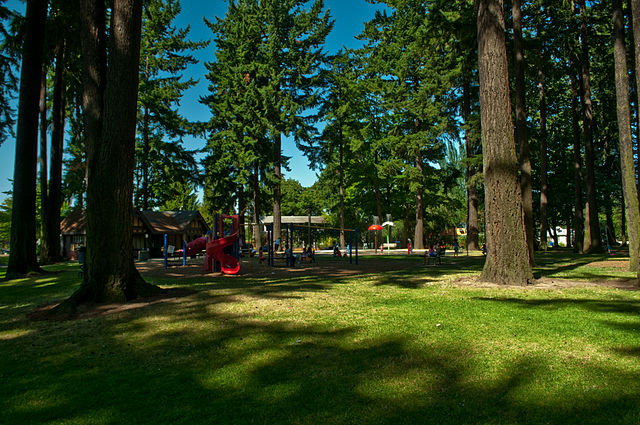 Of course, Portland is at the forefront of conservation, green/clean tech, and sustainable food efforts. But the city is also literally very green.

“Every day, I'm met with a gazillion different kinds of green in the grass, the leaves, the trees, sometimes the sky and the rivers,” Rebecca told us. “The myriad of greens are also representative of all the different kinds of people, ideas, endeavors and opportunities that are abundant in our fair city. And I like that green represents growth and I see Portland as a place to grow and expand.”

All around, Portland is a pretty stellar place. We didn't even have time to mention the Fruit Loop donuts -- that's how stellar it is. Which is why we couldn't be happier that we're going there in a few weeks to meet awesome freelancers. See you soon, PDX.

Any Portland residents or visitors amongst us? What’s your favorite thing about Portland?

Tell us: what matters most to NYC freelancers?

The Freelancing In America study shows that the U.S. independent workforce is a political force to be reckoned with