What is New Mutualism? 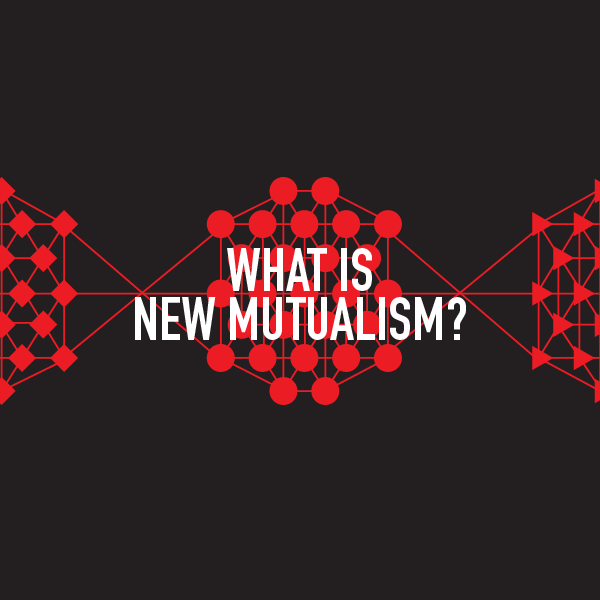 It’s the little choices that matter.

Do you set up your own home office or join a co-working community? Shop at a chain grocery store or a local food co-op? Bank or credit union?

We all face these decisions every day. The choice is deceptively simple -- go it alone or build something together. Building together always ends up better.

That’s the biggest lesson I’ve learned from freelancers -- your network is everything. The most successful independent workers are the ones who know you need people to turn to when you’re in a dry spell, or you’re overloaded with work, or you just need some advice.

It’s that simple idea -- we are stronger together than we are alone -- that’s at the heart of our vision of the new economy. And millions of freelancers are already living this connected life that I call “New Mutualism.”

But this isn’t just touchy-feely. It’s a sustainable way to build a stable economy that serves everyone. It’s companies and cooperatives and organizations and independents all working together with a common purpose.

So, what does it mean to be “New Mutualist”? It means living up to a few core principles:

**Do It Ourselves **-- The people (the builders, the makers, the consumers) have to be in control. That could mean a worker-owned cooperative or maybe a membership organization. It’s not about venture capitalists funding the next fancy app and receiving all the profits. New Mutualism is about working together and a community reaping the benefit.

Driven By a Social Mission -- New Mutualist organizations are driven by a social good and serve a true need in their community. Their income makes them sustainable but isn’t their sole priority. They care about the greater good instead of fixating on profiteering.

Do Together What You Can't Do Alone -- New mutualist groups draw their power from the strength of community and a feeling of solidarity, those spiritual and economic connections that make a group more powerful than any individual. A single freelancer might not be able to afford their own office space, but fifty freelancers working together can have a fantastic office that’s all the more powerful because of the like-minded individuals who built it.

New Mutualism goes beyond a list of principles. The essence of New Mutualism is that it’s a movement. It’s about a spirit of collaboration and mutual support. It’s about building meaningful connected lives and thriving local communities.

If you’re guided by the ideals above, you’re headed in the right direction. Welcome to New Mutualism. Let’s build the future together.