What ACA Means For You 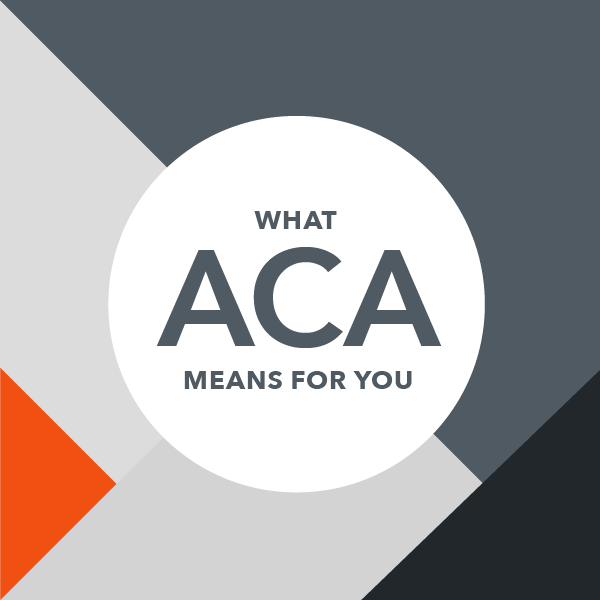 **UPDATE 10/17/13: **We’ve updated this post with some more of your most frequently asked questions about Freelancers Union, FIC, and Freelancers Medical and appended them to our original post about ACA below.

The launch of the Affordable Care Act - a.k.a. Obamacare - will have a huge impact on millions of freelancers across the country.

We’ve been hearing from you on Twitter about how this will impact the new workforce. Here are some answers to the questions we’ve heard most.

(Got more? Leave them in the comments and we’ll do our best to answer.)

October 1 marked the launch of the new Health Insurance Marketplaces. These are the places where individuals who aren’t covered by their employer, Medicaid, or Medicare can “shop” for a health insurance plan. These Marketplaces will be run by the state or federal government, depending on your state of residence. Check the healthcare.gov site to find the Marketplace in your state.

What if I already have insurance?

If you already have insurance, you don’t have to do anything. You can keep what you’ve got. But it’s important to do your research so you know all your options.

How much would health insurance cost?

The good news is that subsidies and tax credits will be more widely available and are expected to help around 70% of people pay for health insurance. Check out the Henry J. Kaiser Family Foundation’s subsidy calculator to get an idea of your eligibility.

Here’s a quick breakdown of some of the details:

● If you’re under 26, you can be covered by your parents’ insurance plan.

● If you’re under 30 and make less than $35,000, you can get cheaper “catastrophic” insurance that covers you in case of a major accident.

● If you make 100%-400% of the poverty level ($19,539-$78,120), you will most likely qualify for either full or partial coverage under expanded Medicaid, subsidies, or tax credits. Again, check out the Henry J. Kaiser Family Foundation’s subsidy calculator to see how much the government may be able to help you afford health insurance.

● If you make above 400% of the poverty level, you will likely be required to pay for health insurance on your own.

● If you already qualify for Medicare, your health coverage will not change.

How will my subsidies be affected if I have wildly varying income?

As Wonkblog explains, if your income changes drastically you’re supposed to go online and report the shift in income. Any subsidies you’re receiving will be adjusted to reflect your new income.

If you don’t report the new income, the government will assess the difference when you file taxes the next year and you could have to pay back some of the tax credits you received. Make sure to plan ahead for tax time.

I don’t have health insurance. Do I have to buy it?

Do I have to do anything today?

No. You have until March 31, 2014 to look at the plans and enroll. After that, however, you’ll be out of luck for getting a plan until the next enrollment period, which starts October 7, 2014.

I have insurance through Freelancers Insurance Company. What changes can I expect?

We have worked hard to ensure the continuity of care for our members during this tumultuous time of health care reform. Our members will continue to have access to our health plans, which we designed to meet the unique needs of freelancers. We’re proud to say that for the second year in a row, our insurance plans have no rate increase and we are maintaining the same comprehensive benefits.

What does health reform mean for freelancers and Freelancers Union?

A long time ago, we recognized that freelancers were barred from the same benefits and protections that were a given for traditional workers -- and we started building a solution. In 2009, we launched Freelancers Insurance Company to provide health benefits exclusively to the freelance community. FIC will ensure that our members maintain the same comprehensive, quality benefits that they're used to. The health exchanges offer access to health insurance for more Americans and give freelancers another option.

But our approach to healthcare remains the same: geared toward quality and affordability, member-driven, and focused on health plans that consider the needs of our members and the type of care they are looking for. That’s why we started Freelancers Medical. Members told us they wanted access to alternative care services and better integration of mind and body wellness. So we listened and built it together.

Is Freelancers Insurance Company on the exchange?

I had heard that Freelancers Union was going to be offering insurance in New Jersey and Oregon too. Can you tell me more about that?

Freelancers Union supported the creation of three CO-OPs (Consumer Oriented and Operated Plans) in New Jersey, New York, and Oregon as part of the Affordable Care Act. The CO-OPs are designed to operate on the new health care exchanges and are based on the proven health coverage model Freelancers Union developed in New York for FIC members. The CO-OPs also align with our approach to healthcare: geared toward quality and affordability, member-driven, and focused on tailoring benefits to the needs of its members.

While Freelancers Union sponsored and fully supports the mission of the CO-OPs, it does not own or operate them; they are fully independent entities.

What is FIC going to offer in the next year?

We’ve been insuring freelancers for years and have developed a healthcare model that works for our members. We have great benefits, a large national provider network through BlueCross, and we listen to our members’ feedback. That’s why we started Freelancers Medical, a program that allows members to make primary care office visits for $0 copay and attend free yoga classes and wellness events. For the second year in a row, we also have a zero rate increase on our plans.

What is Freelancers Medical?

Freelancers Medical is an innovative primary care program that combines traditional and alternative care. Members of the program get a personal health team and have access to $0 copay primary care visits, plus free yoga, meditation, and group acupuncture all under one roof at our downtown Brooklyn freelancer hall at 408 Jay St.

I hear you’re opening a new location in lower Manhattan. Tell me more.

It’s true! In January 2014, we’re opening a second freelancer hall on Maiden Lane in lower Manhattan, anchored by a freelancer-focused primary care practice. The new space will have all the great health and wellness features as the Brooklyn location and will also be used to host upcoming education and networking events for freelancers.

I have a question that isn’t covered here.

Ask us in the comments section!

Freelancing with a disability

Keep your eyes safe from this hidden summer threat