A Work/Life Balance Grows in Brooklyn 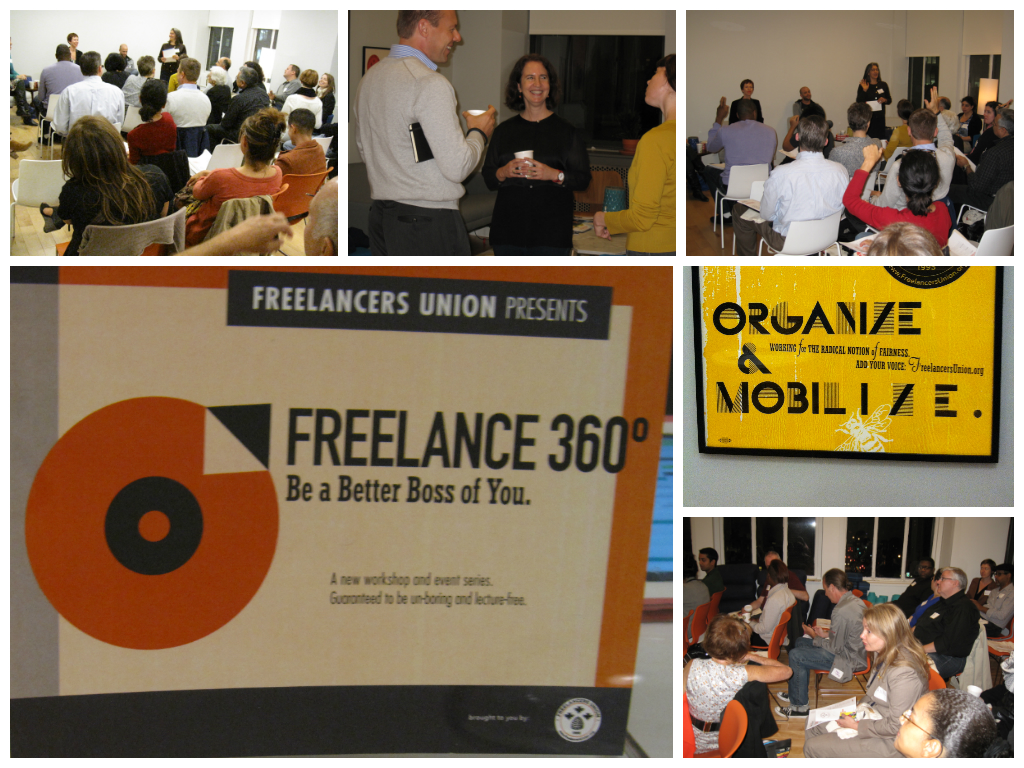 Last night, freelancers gathered in Brooklyn to talk about balancing work and life. We chatted with other freelancers, heard great tips from our panel of "**freelance experts" **(Ilise Benun, Michelle Ward, Justine Clay, and Jason Falk) and even practiced networking in the dark (an accident...light switches are so easy to lean on!).

At the event, we talked about the fact that even people who look like they have everything together **probably don't, **but you can learn to manage your life by hearing the real life stories of other freelancers who have struggled with the same issues. Simply connecting with others doesn't just open up new work opportunities; it makes us stronger in all the many aspects of our lives (in 360 degrees). That's what the Freelance 360 event series is all about!

In case you couldn't make it or don't live in NYC, here are some of the highlights from the night.

We did some informal networking before the event started:

Attendees got tote bags. (Yeah, you should be jealous.)

Our founder Sara Horowitz welcomed everyone and introduced the series:

Some great tips from the night:

"Write a letter to yourself. From CEO (you) to employee (you). Set rules for yourself. Set expectations." #freelance360 @WhenIGroUpCoach

One way to balance your life better is to know when to say "no." Saying no is hard for many of us!

How do you say no? @PitchTips says: "With integrity and love. Just be honest." Saying yes and doing it halfway is worse.

Michelle Ward had this great tip for preventing your brain from exploding when you're stressed:

Take 2 days off a month, one to look back & figure out what didn't work, one to look forward & build. Via @WhenIGroUpCoach #freelance360

It was a great night! Thanks again to everyone who helped make it possible, especially Ilise Benun, Michelle Ward, Jason Falk, and Justine Clay.

Want to attend our next Freelance 360 event? Become a member of Freelancers Union and you'll get notified when a new event is announced! We'll be expanding to Oregon and Texas in the next several months.