Undecided voter in NYC? Here's what to keep in mind 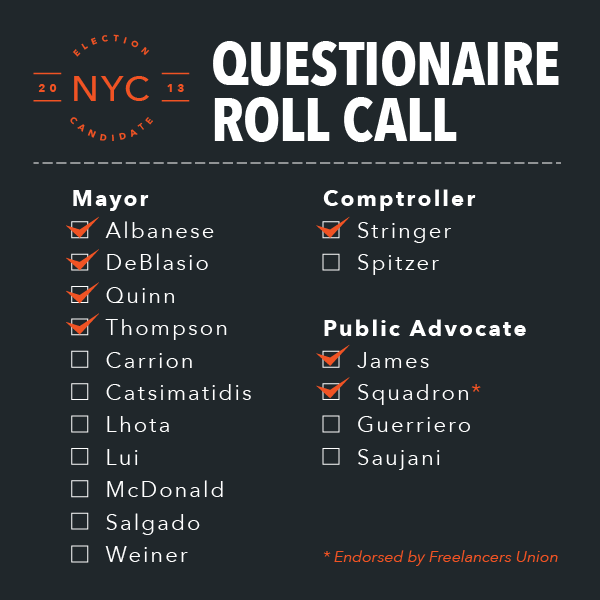 As an advocacy organization for freelancers, we're committed to ensuring that your issues and voices are represented in all levels of government. That's why we asked candidates running for city-wide office in New York City to tell us a little bit about how they would make New York City's government responsive to freelancers.

We sent the candidates five questions meant to invoke thoughtful responses and demonstrate their commitment to freelancers. We received responses from the following candidates and posted their responses to help inform your decision in tomorrow's primary election:

Each of the candidates who responded had slightly different answers, but each candidate took the time to address Freelancers Union members and is committed to working on their behalf if they get elected.

We reviewed all of the responses we received and based on his stellar record working in Albany on behalf of freelancers, Freelancers Union endorsed Daniel Squadron for Public Advocate. We strongly urge you to to vote for Daniel.

As you go to the polls tomorrow, keep in mind which candidates made an effort to speak to you and other freelancers and which did not. Their silence may reflect how important they believe freelancers are to New York City.