Freelancing can be tough on your life 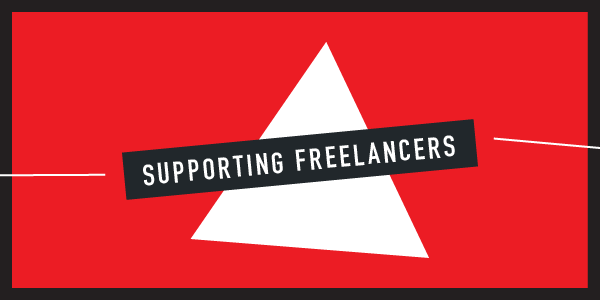 I met a writer the other day with a successful career at a top magazine, who loves her job---but said it’s just a matter of time before her full-time staff job becomes a contract position. She’s seen it happen at enough other publications.

So she's trying to prepare herself for the inevitable: freelancing. And the thought terrifies her.

Not everyone enters the freelance workforce with guns blazingA lot of us talk about the self-affirming side of freelancing--workers who are proudly independent, having freed themselves from the 40-hour workweek, and are out there building their gig life.

But not everyone who enters the freelance workforce does it with guns blazing.

As this workforce grows, there will be more people who are stressed, anxious or depressed by their new work scenario. At last count, in 2006, 42 million people identified themselves as independent workers--that's 1/3 of the workforce.

When the percentage is that high, as a society, we should be trying to make freelancing easier on peoples' lives.

Business, government and labor all have a role to play in the Freelance Revolution--just as they did in the Industrial Revolution.

Markets have been the first responders to the freelance movement. New companies are forming to serve this population--these are your co-working spaces and jobs marketplaces like oDesk, Elance and others.

As a society, we should be trying to make freelancing easier on a person's life.Government can also play a role, by crafting freelancer-friendly tax policies, zoning that encourages co-working spaces, and business regulations that enable, rather than shut down, enterprises that cater to freelancers (like many sharing economy companies.)

The freelancer movement has been largely DIY so far--and I don’t expect that spirit to change--but there are other players whose actions (or inaction) will shape our society in the next economy.

What kind of freelancer-friendly policies would make your life easier?