What Freelancers Living Abroad Need to Know About Taxes 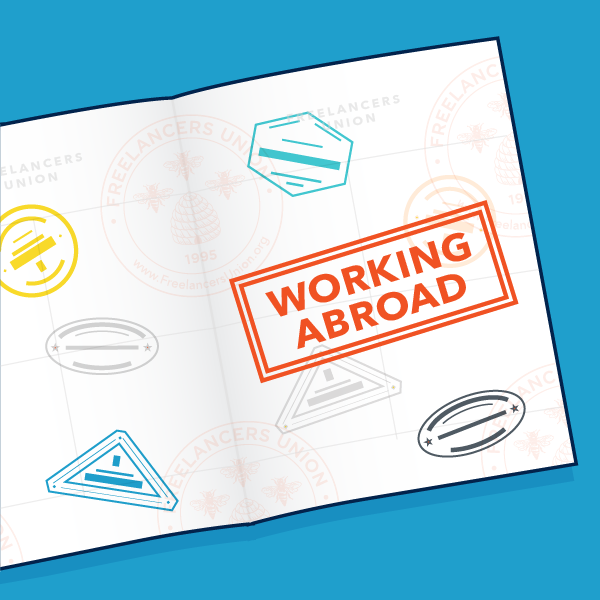 Editor’s Note: Guest blogger Jonathan Medows is a New York City-based CPA who specializes in taxes and business issues for freelancers across the country. He has a resource section with how-to articles specifically for the self-employed at his website, www.cpaforfreelancers.com.

The first is something everyone wants to avoid: the possibility of being required to pay income taxes in both the U.S. and the country where you are living and working abroad.

One way to avoid double taxation is by claiming what is called the “foreign income exclusion” with the IRS. It allows qualifying individuals who live and work abroad to exclude up to $97,600 from the gross income they report on their U.S. tax returns, beginning in tax year 2013.

**Who can take advantage of the foreign income exclusion? **

U.S. citizens living in a foreign country for an entire tax year who have foreign income, U.S. resident aliens who are citizens of a country with which the U.S. has an income tax treaty in effect and who reside there for an entire tax year, and U.S. citizens or U.S. resident aliens who live in a foreign country for at least 330 days during any 12 consecutive months.

What if you earn income over the excluded amount of $97,600?

You may be eligible for U.S. tax credits for any foreign taxes you pay.

The foreign income exclusion does not apply to freelancers who work for an American employer, such as the U.S. government or a U.S. corporation or its foreign affiliate. Those freelancers pay only U.S. income taxes, not income taxes to the country where they are residing.

Just as with income tax, you shouldn’t be forced to double-pay self-employment taxes. Fortunately, international agreements between the U.S. and many foreign countries ensure that you don’t get stuck paying Social Security taxes to two countries for the same work.

Here’s another important item to keep in mind, one that we find many freelancers overlook: the reporting of foreign bank and financial accounts to the U.S. Treasury Department. New reporting requirements passed in 2010, aimed at tightening up IRS oversight of foreign bank accounts, have landed these accounts in the news recently.

If you’re an American freelancer with a foreign bank account, mutual fund or stock account that held more than $10,000 at any time during the calendar year, you must file Form TD F 90-22.1, Report of Foreign Bank and Financial Accounts (FBAR). It is not filed with your 1040 tax return. It must be filed electronically with the U.S. Treasury Department by June 30 of the year after the calendar year that is being reported.

You may also be required to file IRS Form 8938, the Statement of Specified Foreign Financial Accovunts. That form is similar to the FBAR but the financial threshold is higher and it applies only to specific individuals with specific foreign financial assets. Unlike the FBAR form, Form 8938 is filed with your individual 1040 tax return.

Sound complicated? It is.

But you do get one break for residing overseas, and that’s on the due date for your tax return. While those of us living stateside have until April 15 to file (or request an extension) every year, you are allowed an automatic two-month extension, to June 15, to file your return and pay any amount of taxes you owe.

At CPAforfreelancers.com, we specialize in freelancers’ taxes and have partnerships with accounting firms overseas. We can help answer your questions about what you owe – and don’t – if you’re living and working abroad.