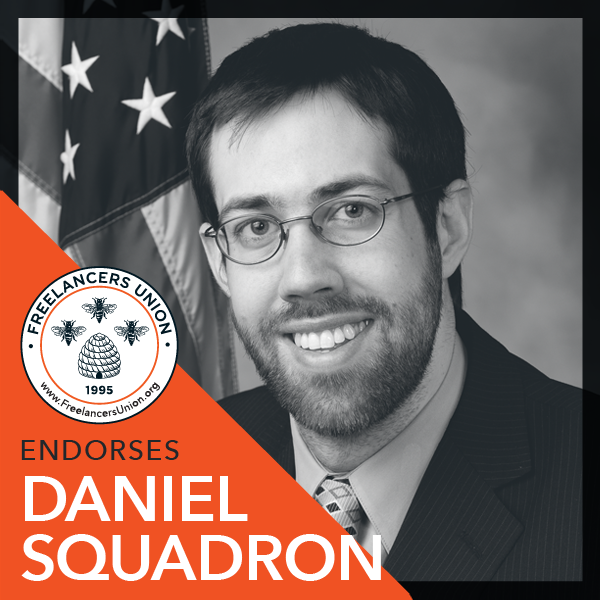 Freelancers Union is excited to endorse Daniel Squadron for Public Advocate of New York City. In a crowded field of qualified candidates, he has consistently shown that he understands the issues facing freelancers in New York City and has worked to make their lives easier.

As a New York State Senator, Senator Squadron introduced the Freelancers Payment Protection Act, which would help independent workers collect the wages they are rightfully owed. He also advocated for raising the MTA Commuter Tax threshold for freelancers to reduce their tax burden, and was the sponsor of the legislation that created benefit corporations in New York.

As Public Advocate, he has vowed to make New York more freelancer-friendly by providing guidance for independent workers facing city bureaucracy, supporting incubators that provide working space for freelancers, and ensuring that freelancers’ concerns and needs are recognized by City Hall.

Come join other Freelancers Union members as we volunteer for his campaign and show our support for a freelancer-friendly candidate! Send your contact information to volunteer@freelancersunion.org for more information.

We urge all our New York City members to vote for Daniel Squadron for Public Advocate in the Runoff tomorrow, October 1!