3 Ways Millennials Are Revolutionizing the World of Work 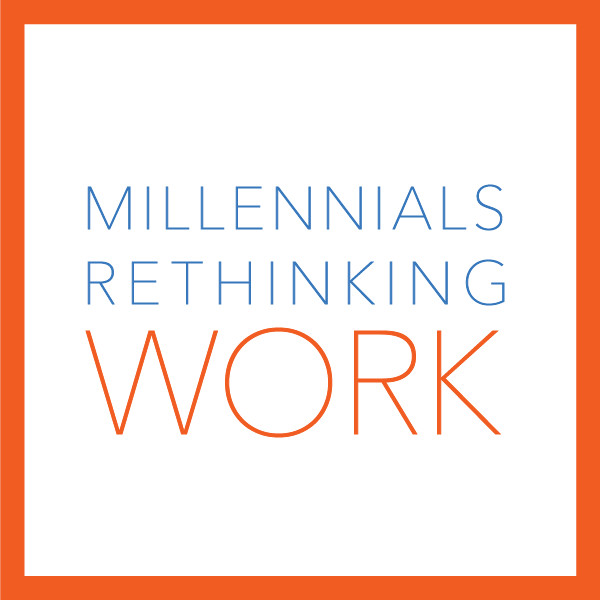 Millennials are flooding into the big, bad job world. What will it mean for freelancers?

In the last two or three years, we’ve been bombarded with data and editorials about how Millennials are self-centered, narcissistic game-changers who don’t respect hierarchies and want to be pampered. Then there was the backlash against that, which argued that every young generation has been the “me” generation and the data is inflated.

Beyond all the labels and name-calling, no matter what your opinion of super-texters or YouTube stars or Joel Stein, one thing is pretty obvious from the outpouring of survey data: Millennials think differently about work.

1. Entrepreneurship is a state of mind

Most Millennials think of themselves as entrepreneurs… even if they’re not technically self-employed.

According to 2012 report by the US Chamber of Commerce Foundation, 27% of Millennials are self-employed, but a whopping 90% say entrepreneurship is a mindset, not an actual role. They expect to be treated like freelancers even as employees; 58% expect the standard workday to go away, the same percentage would take a flexible telework policy over pay raises and career progression, and a far greater percentage would choose to work where their opinions are valued over having a prestigious employer. They expect autonomy, flexibility, and an independent voice.

Millennials also have a rosier view of entrepreneurship than previous generations: 57% percent think being an entrepreneur is “entirely good” with no downsides.

2. “I work at Starbucks, but what I really do is sell art on Etsy.”

The rise of online marketplaces, digital platforms for remote work, Millennial craftiness, and too much spare time has created a generation of part-time freelancers.

54% of Millennials either want to start a business or already have, but an additional 19% would prefer to juggle freelance work while working full-time, according to a survey by Elance. They’re certainly getting juggling practice: more than 40% of Millennials are underemployed, many piecing together part-time gigs; 14% of Millennials work part-time while attending school, up 6% from Gen X.

As Millennials become young parents, 42% of whom believe working part-time is best for their kids (only 16% said full-time), we can expect that part-time online work, especially for women, will become even more popular. Female Millennials are already the most frequent visitors of Etsy.com and “Young Moms" is one of the most popular groups in Etsy’s seller community.

So while Millennials may stick out the 9-5 workday for now, they are accustomed to multiple revenue streams and expect to make money at what they love – even if it’s only a fraction of their overall income or something to keep them active while they start families.

Millennials are taking advice from economists with hark-I-am-an-expert titles about how they should “think about your first job as a good first date” and “keep playing the field.”

According to the Bureau of Labor Statistics, the average worker stays at a job 4.4 years. For Millennials, it’s 1.5 years. This means they’ll have 7 jobs before the age of 26. And having grown up watching their parents’ generation get laid off and now being forced to piece together part-time gigs in a less-than-optimal job market, is it any wonder they’ve become veteran job-hoppers?

Despite economic tumult, they’re a very optimistic generation. Perhaps this adds to the job-hopping trend; they expect more from work in terms of values and culture and they’re willing to move around until they find it – even if that means less job security. Although some might argue that this demonstrates flakiness and a lack of patience necessary to ascend the proverbial career ladder, it also shows that they respect their value as workers and aren’t afraid to ask for what they want from employers, which is definitely cool by us.

If you’re a business owner and weren’t born between 1980-2000, it turns out that (surprise! revelation!) you’re ahead of the curve, and the whole world is moving in your direction.

What’s even more important is that your national community of self-employed workers is set to explode. That could mean big things as we try to make our voices heard on the issues that matter to us – and it might just help that Millennials are loud and always think they’re right. See, at least we saved our one sweeping, inaccurate generalization of Millennials until the last paragraph.

So, fair reader: Is freelancing a mindset or a role? Will Millennials’ view of freelancing change freelancing itself? If you’re a young full or part-time freelancer, what’s it like for you?