Getting to know your neighbors 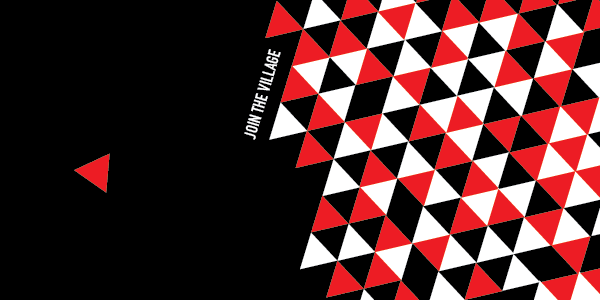 At Freelancers Union, we always say that our mission is to help freelancers achieve a "meaningful independence," and we're still figuring it out.

I know it involves building new social institutions that connect people, but on a recent trip to Washington, D.C., I saw a great example of this in action. I learned that there’s a quiet, nationwide movement happening right under our noses.

In the Dupont Circle section of the city, a little village has developed where neighbors help each other out: If someone needs a ride or a handyman, a volunteer will step up.

People organize activities like walking groups or small dinners, which means socializing with others who live nearby—a novel concept, getting to know your neighbors.

The project is called Dupont Circle Village. It’s set up as a nonprofit whose purpose is to help older adults (60+) continue to live in their homes or neighborhoods as they age, while at the same time drawing them out to join in community life.

What’s so impressive is that it's largely self-organized. There’s a village office with one full-time staffer, Executive Director Bernice Hutchinson. The office provides an infrastructure and schedules classes (like financial planning, for example), but the coordinators are simply members of the village—volunteers interested in creating a sustainable community.

These "villages" are sprouting up across the country—more than 100 at last count. There's a Village to Village Network that serves as a resource, where new villages can learn from more established ones.

So, what does a new type of retirement community have to do with freelancers?

One of the main concerns of this age group, according to Village President (and close family friend) Iris Molotsky, is that people want to lead independent, interconnected lives.

It's easy to feel isolated when you're no longer part of mainstream life, and people are looking for others who are going through similar challenges.

Sound familiar? Most freelancers are after the same things.

Talking to Iris and Bernice, the parallels with what we’re trying to do are incredible.

**Sara Horowitz: So I have to ask you, how do people come together? What’s the infrastructure, how does the village work? **

Iris Molotsky: Although our village boundaries are geographic, in a specific area of Washington, D.C., that's not a model that has to be fixed. There are different ways of defining a village, which I think would be important for freelancers across the country.

If you look at the demographics, people 60 and over are the fastest-growing segment of the U.S. population, and that converges with cutbacks in health services and transportation. We’re seeing neighbors stepping in to help neighbors. In your case, it would be freelancers helping freelancers.

There are different ways of defining a village.But it’s propelled by our organization, not by an outside force. We find out what our members need and, with volunteers, design our programs accordingly.

SH: That’s so interesting, because you could say that freelancers are the fastest-growing segment of the workforce, and that’s also coming at a time of cutbacks in benefits and other services.

Bernice Hutchinson: Villages are a really wonderful way of capturing the energy of people who already have something in common and may not even realize the power of it.

Our members are very vocal, and we’ll see what they’re talking about and plan an activity around it, to test out interest. For those who do show up, we take exit polls. If they want changes, they’ll let us know, believe me.

This village has been around five years, and the members are still defining it.

SH: You once mentioned a story of a village that hired paid staffers from an outside company, and it failed. Can you talk a little about what happened there?

IM: Instead of building their own core of volunteers from their membership and from the neighborhood, they hired a firm that provided those services, like transportation, for example.

The idea was that if a member needed a ride to the dentist on a Wednesday, the village office would call their provider.

The village did fall apart—it’s the only village that I know of that didn’t succeed. One of the reasons, we speculate, was that this was a fairly wealthy community, and people had the ability to call up a driver or a taxi. They didn’t have to worry about how to get those kinds of services.

What they really wanted was that sense of connectedness, of getting to know their neighbors and socializing. People want to lead independent, interconnected lives.

SH: So you have to do things to make the magic happen, but you can’t do so much that members don’t do things for each other.

BH: Exactly. It’s a balance of being visible but invisible, of knowing where to be and where not to be.

IM: People can become isolated very quickly, especially if they've lost a spouse or a close friend. We can pull them out of their house through social events, like small dinners or an interesting class.

SH: It's so interesting, because these are the same things we talk about for freelancers. Isolation has big ramifications becuase you typically get work from other people, so income can go down, which can lead to depression and unhappiness—and the only thing that makes you feel better is to be with other people who know what you're going through.

IM: That's true. One of the great strengths of the village is what I call “connectedness.” And it’s intergenerational, because our volunteers tend to be younger. One of the things the village has taught us is that people don't want to be age-segregated; they want to feel they’re part of a community.

**BH: **At any stage of the game, we’re all kind of nervous or fearful, and this village can support a lot of the things you need to take those next steps and be bold about it.

You may not know exactly where you’re going, but there are some things that you should know, like, what are the three most important documents you should have in your file cabinet? That’s where we can help.