Venture capital for the rest of us 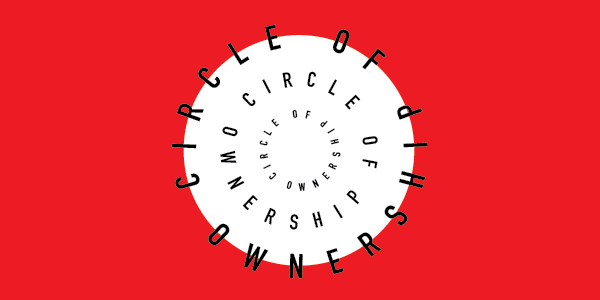 I met Albert Wenger—one of the managing directors at Union Square Ventures—through his great work supporting B Corps.

At first, I didn't know what he was talking about. After all, Albert is a venture capitalist, so I thought, maybe he just doesn't understand nonprofits?

But the more I thought about the growth of peer economy platforms and other collaborative networks, I realized he was right. He helped change my framework for viewing the new economy.

We recently had a chance to continue that great discussion.

**Sara Horowitz: You and I were recently talking at a B Corp. party, and we agreed that there’s a need to widen the circle of ownership. As the distribution of income gets worse and worse, how do we do that? **

I have to say that I come into this with a bit of skepticism about the private equity strategy of funding every new thing. I’d love to hear your thoughts, because maybe my frame is too narrow and needs to be broadened.

Albert Wenger: The starting point here is that it’s pretty visible in the statistics—like GDP—that the benefits of growth have been accruing to capital and not to labor. We’ve seen a real wage decline across broad parts of the population in many different industries.

That pressure has two sources that are joined at the hip: technology itself and the globalization enabled by technology.

The first is the literal substitution of technology for humans—there are things I can now do with technology that I previously needed a person for.

The second is that we’ve entered a truly global labor market—I can now move information easily to some other place in the world where somebody else can take care of it for a much lower wage.

The net effect is that we have a lot more labor than we’ve ever had, and that’s been driving down the price of labor. That’s causing a lot of the inequality.

**I would like to see more for-profit businesses embracing the idea that there is a positive way to grow. **

SH: So how would you start attacking the problem?

AW: One way is to spread the ownership of capital more widely. That would mean giving more people access to potentially capital-gains producing investment opportunities, like the ability to invest in startups.

Historically, it’s been very difficult to do that. And given the current regulatory situation, we can still only make those investment opportunities available to people who already have a high net worth.

SH: It’s interesting, because I think I totally get to a similar place through another route.

Everybody has to be a disruptor now, but I think the “cool kids” are aggregators.

If you look at labor history with Employee Stock Ownership Plans (ESOPs), unions played the role of the aggregator: They became the educated investor, and they could then participate in hedge funds through the investment of pension money.

If there were another way to aggregate people, that would democratize ownership.

AW: That’s a great point. We invest in Lending Club, which is the largest peer-to-peer funding platform for consumer credit. They’ve formed pooled vehicles, which are more interesting for investors who don’t have the time or knowledge to pick their own loans. The same could and should exist on the equity side.

SH: Now, I'm really trying to make sure I challenge my own point of view, but one thing I notice is that all the interesting companies in the peer economy are all for-profit, and I wonder why that is. Is it just that these are the first movers in the markets, and the social sector will follow? Or is there no longer a role for the social sector?

AW: That is one of the main reasons why I’m so active in the Benefits Corporation movement. I do think that private enterprise tends to be fast-moving and seize opportunities. What would be desirable from a social perspective is for as many of them as possible to make an explicit commitment to be good stewards of the networks they’re forming.

SH: As the head of Freelancers Union, I’m trying to figure out where we play. We’re not looking to make such a huge return; we just want revenues to exceed expenses. We have a mission.

Now it’s time for us to start looking at ways to expand, but it’s like an idea desert in the social sector.

AW: Ok, here’s what I mean. Take a look at the whole ridesharing phenomenon: Lyft and SideCar and Uber all offer individuals the ability to pick up other individuals.

Obviously, it’s a desirable thing because so many cars are built for four people and only take one. On the other hand, you could see how this might make it hard, even impossible, for traditional cab drivers to earn a living.

Now, that doesn’t mean we should simply disallow these types of services, but I would like to see more for-profit businesses embracing the idea that there is a positive way to grow these networks for all people involved. One way is to spread the ownership of capital more widely.

SH: So how do we seed more companies that embrace that idea of a broader social mission? We’re not going to have big government solutions—whether you love government or hate government, it’s just not going to happen—so what should we be doing, particularly about employment?

So how are we going to get those four things that a traditional job provided if we don’t have jobs in the traditional sense?

The idea that we're somehow going to figure out how to put humpty-dumpty back together again by stimulating the economy is the most broken idea that’s currently out there.

SH: I completely agree. But I think that tees up another question: 'What is enough?' Theoretically, the job and the 40-hour work week meant that you could afford something—a house, or to put your kids through college. What will that mean in the next 25 years? Will these not be important measures anymore? I don't know.

AW: I think you’re right to ask ‘What is enough?’ At the end of the day, I’m not sure there’s any way around some form of redistribution. That could take the form of a fairly dramatic negative income tax rate, or something as extreme as some type of guaranteed income.

I’ve just started to research evidence on guaranteed income projects, so I don’t really have an opinion on that yet. But whatever it is, there will be a separate mechanism for giving people ‘enough’ money to be able to afford things like healthcare, good nutrition, clothes and access to information services.

I do think that most education will be free in the sense that you will have access to amazing educational content, for free, online. One of the necessities we’ll have to figure out how to provide for everybody is online access with a high-quality device.

That will be a very basic and very important thing, because access to income and access to education will all depend on bandwidth and devices.

SH: I have this feeling that the parts of the country that start to figure that out are going to be regionally more appealing than others. We’re already starting to see some of that.

So bringing it back to your original question about what can some of the existing notprofits, for-profits or social entrepreneurs do here? Create networks of people with knowledge. Those are the big opportunities, and we’re just at the beginning.