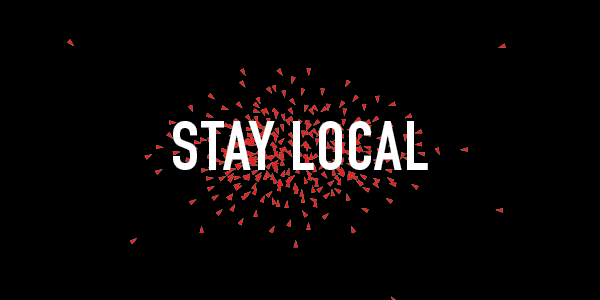 What kind of city do you want to live in?

Lately I've been obsessed with Portland, Austin, Madison, Minneapolis and Brooklyn, which routinely rank among the country’s best places to live. That’s where a lot of freelancers are—about 45,000 of our members call one of these cities home—and I’d say it’s no coincidence that these places have thriving local economies. (See here, here and here.)

Freelancers represent the new workforce: nimble and independent. They're the avant-garde, and they flock to places where they see interesting opportunities, creative energy and social and business momentum. Indeed, they create more of the same and help usher their city into the next economy.

So how did these cities land on the leading edge?

In nearly all of them, city government came up with policies focused on local businesses and quality of life—from promoting hometown companies to developing bike paths to improving food accessibility.

It’s a way of looking at a city as an ecosystem, where residents interact with all aspects of city life.

Portland, Ore. adopted a citywide economic development strategy in 2009 that involved, among other things, a program called “economic gardening,” that spells it out:

“Economic gardening is premised on the belief that local entrepreneurial firms, rather than firms recruited from outside the region, are the engine for the creation of wealth and new jobs, and the role of the city is to provide a nurturing environment within which these small firms can flourish.”

Promoting a healthy economic ecosystem also means encouraging local consumption so that these companies stay healthy for the long term.

The Austin Independent Business Alliance has played a major role, using the famous “Keep Austin Weird” slogan, which has rallied the city around its distinctive local businesses.

Such buy-local campaigns keep money in a community, which is important for wider income distribution.

These cities also tend to have policies that promote sustainable transportation, dedicate research to sustainable energy options and encourage local food markets. I'm not saying these towns are perfect; there are plenty of valid criticisms to go around. But they're getting some things right.

Madison, Wis. adopted a vision for “The Healthy City” that established a local-foods think tank and encouraged the development of regional food cooperatives.

All of these cities have development plans that focused on creating walkable neighborhoods where residents can reach essential businesses and services without a car. There's definitely something there.

I'm not saying these towns are perfect; there are plenty of valid criticisms to go around. But they're getting some things right.

In each of these places, officials recognized their city's quirkiness as an asset and chose to encourage local character and enterprise rather than develop it away in a flurry of tax incentives to lure big corporations or build shopping malls downtown.

You're starting to see more cities evolve into this mindset—Cleveland and Detroit come to mind. I hope more cities follow.