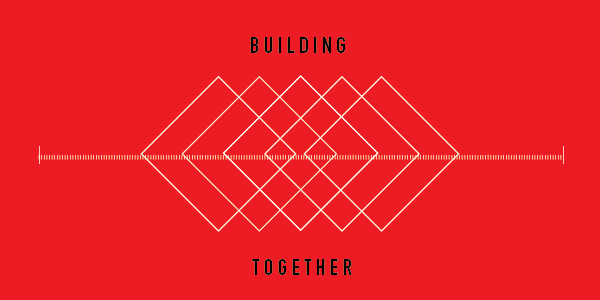 I'm always looking for new thinking about the massive economic changes we're seeing—because, let’s face it, our economic system is broken and needs to be rethought

—and the name that keeps coming up over and over again is Gar Alperovitz.

He's the Lionel R. Bauman Professor of Political Economy at the University of Maryland, a co-founder of the Democracy Collaborative, and author, most recently of What Then Must We Do? Straight Talk About the Next American Revolution.

He’s one of those people who can put into words those ideas you’ve been sensing for months but can’t seem to explain. I got a chance to speak with him the other day, and we had a great conversation.

**SARA HOROWITZ: My favorite phrase lately is, "The future is here, it's just not evenly distributed." There are so many pockets of the future right now that are really showing us the way. ** **I really think something big is happening. People are starting to say: **"What is my life? Am I living for work? If I can't send my kids to college and I can't get a home and I'm going to be in debt anyway, why am I working like a dog here?”

Is this something you're seeing?

GAR ALPEROVITZ: The pain level in the economy is forcing people to invent new economic forms, which are essentially democratic forms. They're nonprofit or they’re democratizing ownership or they’re responding to the crisis. The crisis is forcing us to invent the new way or go down.

Does the name Christopher Lasch mean anything to you? He died very young but he was a very important cultural historian. In one of his last books, this is exactly the argument he was developing. Lasch was arguing this cultural shift is a critical pre-condition of an ecologically sustainable society. It isn't just utopian or what used to be called "hippy." It's much more grounded in real experience -- and challenging the whole paradigm.

SH: It's not like people are doing it with consciousness or intent, but just the facts on the ground. I wonder how it manifests politically? There's one part of the venture capitalist community who are starting to understand this broader ownership, in the growth of crowdsourcing and KickStarter. What do think of that? What are you skeptical about?

GA: Impact investors and social investors, organizations like SOCAP and the Social Venture Network -- there are within them people who are beginning to think this way. You can almost see the reassessment process. There's no manifesto or clarity -- but there is a searching for this. Life is not going on the way people thought it was going to go.

SH: Right. The next phase is probably more horizontal connection between all of us.

GA: And also to see ourselves as historically linked -- that there's a movement building, that we're part of something larger. That's really a big deal, I think. When it clicks that it isn't just my little thing here and that poor guy over there is struggling. Something is building up in many parts of the society and has a chance to build it if we actually move it together.

There's enough going on in many, many, many different sectors. One of the problems is the press doesn't cover this stuff. People don't realize -- whether it's co-ops or land trusts or municipal enterprises, social enterprises or B Corps or ESOPs -- every day on the speaking tour people come up to me with something new locally that I hadn't heard about.

SH: That's exactly what started me doing this Dispatches column. As we start seeing these new ways of people coming together, I wanted to talk about people's work so we could all start learning from each other. We have to be creating our own little media empire just to get the word out about what this is.

GA: That's slowly beginning to happen for exactly the reason you said. People begin to reach a certain point in the development and then you want to discuss it. You have to discuss it. That's exactly the next step -- building the culture and the politics. They're beginning to reach a point where there's a critical mass and then all of a sudden it becomes very important to build media and to build politics and to build communications.

SH: This isn’t for the faint of heart. I feel like the flow may take you in directions that don't always feel comfortable. The group that has the hardest time with this in some ways is the liberal Democrats, who really saw the development of the New Deal institutions and saw the great things they have done and who really want this to be a government system. Everything I'm seeing is far more DIY and cooperative. It's a different kind of ideology. That's sometimes hard for liberals or lefties to get.

GA: For liberals, in particular, it's very hard. There's some part of the left that gets this. Of course, at some point when you move this ball down the road, you do get to questions of scale. Emilia-Romagna [the industrial region in Northern Italy with an extraordinary level of cooperative businesses] is not possible without the government -- they use the government in support of this movement. You have to come back around the barn and come back to, "what is the government useful for?" It ain't what the old liberal idea was all about.

SH: It's so true. It seems to me that we're at the phase of building these next institutions and ideas and culture. That spawns the "what is the role of government?" question.

GA: I come out of liberalism. That whole movement is largely over – and that needs to be said. I say that with one caution: they're holding the line in certain areas, importantly, against a lot of pain. But it's not the way of the future. It's a decaying and dying system of politics. It needs to be said.

SH: I really want to set up these institutions where revenue exceeds expenses so they can perpetuate themselves and they can become anchoring institutions. Then, try to figure out how we start talking about it and communicating it and linking it together. I do feel like it's starting to happen all over the country now.

GA: It is really important to begin saying clearly that the liberal system is over. It needs to be said and clarified, with respect. Liberalism did a lot of respectful things and important things. But if we're to get on with it, there's a whole new direction and it ain't that one.

SH: We have to make it safe to be intellectually free and explore and not worry.

GA: Absolutely. That's exactly where I'm coming from. It's partly the radical decay of the old form. It really is over. The new form has got to be birthed. The language I use is that it's a "democratization process" throughout the economy. One form is dying -- and needs to die. A whole new direction needs to grow.