Our Choice: Watch the Economy Happen to Us -- or Shape It For Us 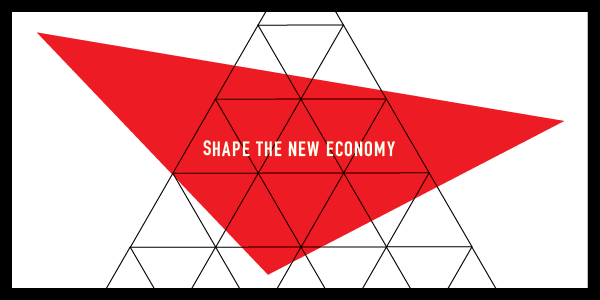 I’ve been saying for a long time that freelancers are the leaders of the new economy, and now the market is starting to realize it, too.

Companies are suddenly targeting independent workers, trying to win them over as customers.

You’ve got jobs marketplaces like oDesk, staffing firms like Elance and peer economy companies like Airbnb. The big Kahuna, however, is the real estate industry, which is opening up new co-working spaces faster than you can count.

It's great that freelancers are receiving all this attention: People are gaining access more gigs and professional services, and it’s always good to have more choices.

But with so many businesses diving in, it’s important to make sure companies have freelancers’ interests in mind—not just profits.

We’re witnessing the creation of a brand new market, and the new rules haven’t been set. Right now, in the developmental stage, is our best chance to shape the next economy. We can decide which types of companies we want to succeed.

Here's what I mean:

I’ve been traveling around the country to promote The Freelancers Bible and host discussion groups with members. Naturally, I do my events in co-working spaces, since that’s where the freelancers are—and I've noticed these spaces undergoing monumental change.

Most of the early co-working spaces were locally-owned operations, where members and owners collaborated to keep improving, and there was a sense of community.

We’ve held events at places like 3rd Ward, in Brooklyn, and Collective Agency, a cooperative workplace in Portland, Oregon. These places are charming and feel very DIY. And because they’re locally-owned, revenues stay local.

In the past year or two, the number of co-working spaces has exploded. Real estate firms see the rising demand and the profit potential and can’t resist.

There are stats backing this up: the number of co-working spaces worldwide has tripled since 2010, according to a census conducted last year by Deskwanted, a global network of co-working spaces. The census counted 731 shared workspaces in the U.S. Meanwhile, the Harvard Business Review estimates that demand will increase by 40% in 2013.

But many of the new spots are increasingly corporate, and you can see the metrics taking over: Companies are calculating the minimum square footage required per person and packing people in for greater density.

On the one hand, it will likely result in lower costs for independent workers, as more people are crammed into the same space. So if your top priority is a cheap workspace, that might be fine.

But the sense of community slips as the work environment becomes more crowded and stressed. When corporate interests take over, they can raise prices or cut amenities without input from members, leaving freelancers subject to the whims of a distant headquarters.

We can watch these market transformations happen -- or we can participate and try to shape them.

The next time you join a co-working space, find out who owns it and if their business model works for you.

We’re in the fledgling stages of this new economy, and we can have a say in what types of companies dominate. Co-working spaces are just one example of what’s coming down the pike.

It’s time to start making decisions that give us more power, not less.