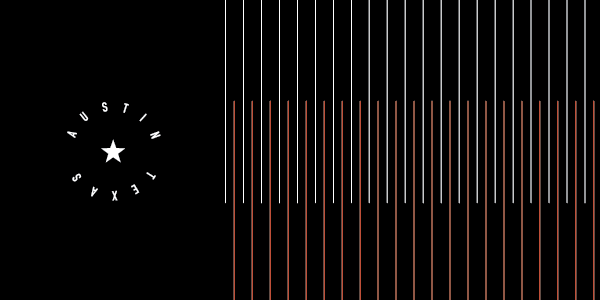 I’ve been saying for a while that cooperative businesses are the future, and when I got to Austin, TX, I saw that the future is already here_._

I was in Austin for just a few days, but in that time I met dozens of people doing really exciting things around cooperative models.

We had one of our most interesting afternoons at the Artists Screen Printing Cooperative (ASPCO).

When a lot of people think "co-op," their mind immediately goes to food co-ops or other consumer cooperatives. It's nice to get a glimpse into a professional cooperative, where members come together to pursue a career or trade.

ASPCO was launched in 2010 by a handful of screen printers who connected on Craigslist.

James Tootle was a graphic designer with a screen-printing hobby that he wanted to revive, but a single press can cost about $3,700, and a professional dryer can cost $5,000. He couldn’t spend that kind of money. (That's James and I in the photo below, by the way.)

So he posted a Craigslist ad, which drew a few others willing to go in on some equipment. After a few months of planning the venture, they realized what they really wanted was to set up a co-op.

“One of the advantages to a co-op is that you can learn different techniques from one another, whether it’s posters or fabric or anything else in the craft,” said James, who serves as president of the board.

There are photographers looking to print their work in unique ways, web designers seeking to create something offline, and people running small businesses printing T-shirts, tote bags or posters.

James estimates that about 70% of members make their living from screen-printing.

That’s what I found so compelling: a handful of people have created a community resource that didn’t exist before, and it’s enabling dozens of artists and entrepreneurs to support themselves.

Most importantly, the organization is self-sustaining. Members pay monthly dues, which keeps the lights on. ASPCO also offers classes for beginners.

All I could think of was how this model could be replicated in other places, in any field where the initial costs are too high for one person to take on alone.

Demand has been high enough that ASPCO outgrew its original space and moved, in March, to a new 1,600 sq. ft. studio. They have manual printing presses_,_ poster- and fabric-printing equipment, professional drying racks, a computer station and industrial pressure washer.

“It was all DIY,” James said. “We didn’t get any startup money or anything.” He’s proud to say that the coop still operates as a nonprofit, and its six-member board is volunteer.

James says they’ll probably cap membership soon, to make sure everyone can still have access to the equipment when they need it.

“We’ve got a good thing going,” he said.

After our inspiring afternoon at ASPCO, we went to the Black Star Co-op, a cooperatively-owned brewpub, to have a drink and talk about everything we'd seen.

The food was amazing, the beer was great, and knowing that it was a worker-managed brewery owned by its 3,000 members made my day.

Black Star’s motto is, "Eat. Drink. Cooperate." Those are words we can all live by.