Light from the Shadow Economy 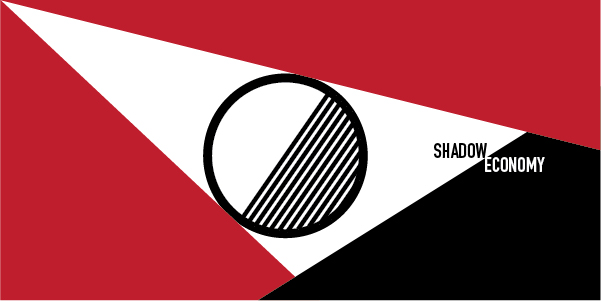 Instead of working full-time jobs with traditional paychecks, people are working gig to gig and project to project in a more informal way.

A recent article in The New Yorker caught my eye, because it highlighted a slew of economists who have been studying this shadow economy, now estimated to generate as much as $2 trillion dollars a year. That’s more than just a few occupational misfits. It’s the way we work now.

“Companies have gotten used to bringing people on as needed and then dropping them when the job is over, and they save on benefits and payroll taxes by treating even full time employees as independent contractors. Casual employment often becomes under-the-table work.”

Operating in the shadow economy was once considered furtive, even a little shady, but it’s becoming clearer that this is where our economy is headed.

The middle class is moving into the informal sector as their wages get squeezed and their benefits fade away. They’re trying to make some of that money back by engaging in some guerilla redistribution of income.

The share economy also operates in these shadows, because its platforms help droves of people connect for informal transactions: people renting out spare rooms in their homes, renting out underused appliances and cars and finding piecemeal work on online marketplaces.

We can only estimate the size of the shadow economy because we really don’t know how many people are taking part. There hasn’t been an official count of independent workers or freelancers since 2006.

Beyond economists and politicos, business leaders are starting to take notice, as I found out while sitting on a Bloomberg News panel.

This black hole of information could impact key economic metrics, like the monthly unemployment numbers. It also represents a serious chunk of lost tax revenue.

Let’s recognize that the informal economy has become a way of life for a huge part of the workforce, and it’s growing fast.

We’re at a decision point in how to deal with this growing parallel economy.

I can already hear the drum roll to impose stricter regulation and taxation in an attempt to crush these activities and force people back into the traditional economy.

That would be a mistake. It would only drive people further down the economic ladder as those gigs disappear.

Instead, let’s recognize that the informal economy has become a way of life for a huge part of the workforce, and it’s growing fast. We should study it and gather some real data. Let’s measure its scope, find out what’s working and what needs work, and learn from it.

The current shadow economy may actually be a significant part of the next economy. Let’s take it out of the shadows and find out what’s really going on.