Five Dead People I Want to Talk To 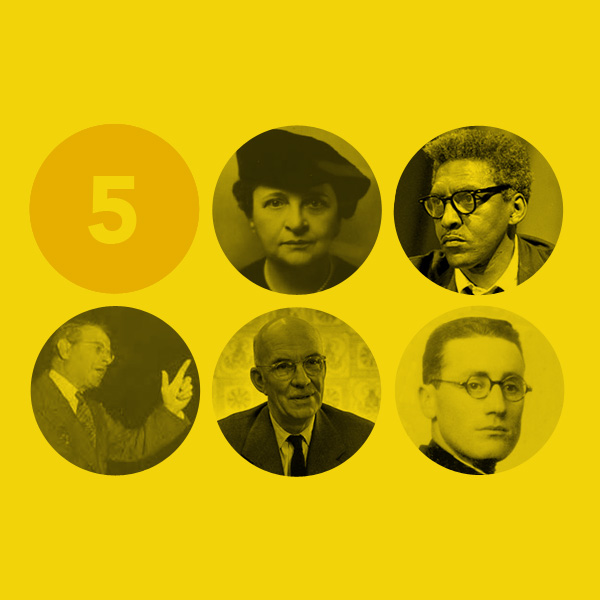 It feels like everyone’s trying to figure out what to do next, and I can’t help thinking of this great story I read in the book, Vice President in Charge of the Revolution, by Murray D. Lincoln, the founder of Nationwide Insurance

So, there’s this guy in a tiny village in the countryside in Czarist Russia who had no formal education, but was fascinated by numbers. He spent years working on this one great theory. He finally cracked it, and was convinced his discovery would change the world. But nobody in the village understood. So he went to visit a famous mathematics professor in the city to explain his bold theory.

When he unveiled his discovery, the professor smiled and said, “You, sir, are a great mathematician. You just re-invented calculus.”

Here’s why this story is important today: This isn’t the first time that we’ve had a major disruption in the way our economy works. Remember the first half of the 20th century?

We don’t need to reinvent calculus.

There were leaders back then that came up with ways to handle social and economic upheaval—they invented institutions, ran movements, and drafted new social policies. If only we could talk to them now, maybe they could help us through this mess.

There were leaders back then that came up with ways to handle social and economic upheaval—they invented institutions, ran movements, and drafted new social policies.

If only we could talk to them now, maybe they could help us through this mess.

I’m sure we all have a list of people from the past we wish we could ask for advice. Mine’s pretty long.

For today, I’ll stick to a small group.

Five Dead People I Want to Talk To:

She helped bring the labor movement into the New Deal and was the force behind the Social Security Act (unemployment benefits and pensions), and the Fair Labor Standards Act (minimum wage, overtime laws, and the 40-hour work week), among other employment initiatives.

She was the quintessential social entrepreneur who could turn big ideas into policy, turn policy into legislation, and then get the votes to get things passed. Without her, FDR couldn’t have become one of the best presidents ever.

I would love her help in crafting a policy agenda for today’s workforce.

He was one of the leaders of the 1947 Freedom Rides, which challenged racial segregation on interstate buses, and helped build the Southern Christian Leadership Conference.

He worked with the most powerful black union in the country, the Brotherhood of Sleeping Car Porters, at a time when unions were segregated.

Using his organizing skills, his values, and his passion for human rights, he became the chief organizer for the 1963 March on Washington for Jobs and Freedom—which led to the passage of the Civil Rights Act the following year.

He connected the civil rights movement with the labor movement, becoming a leader within the AFL-CIO and pushing to integrate labor unions.

I’d like to sit in a room with Bayard and hear how he’d use social media to organize people, build solidarity, and help America move to the next social agenda for this new economy.

What’s our “march on Washington”?

He pioneered social unionism in the 1920s, based on the vision that workers’ lives stretched beyond the factory floor. He helped reduce the workweek to 44 hours, offered low-cost cooperative housing, unemployment insurance, and started a bank for workers.

He’s one of my heroes. My grandmother was a garment worker and actually lived in Amalgamated housing.

Many of the social purpose businesses that he created still survive—the banks, insurance companies, and housing—yet there’s been almost no serious scholarship done. He had brilliant business strategies that need to be recognized and learned from.

I wish I could talk to him, because social unionism is so relevant today.

People have identities that stretch 360 degrees, which includes work, home life, hobbies, etc., but the traditional work model doesn’t account for that. Freelancers are leading the movement in rethinking what work means today.

He starting out as an agricultural agent and, being a big believer in cooperatives, helped establish the Ohio Farm Bureau Federation, a huge agricultural purchasing cooperative.

When farmers started complaining about the high cost of vehicle insurance, the bureau started its own agency, the Farm Bureau Mutual Automobile Insurance Co. That mutual insurance company grew into Nationwide Mutual Insurance Co., one of the largest in the U.S. We could take a lot of cues from Murray.

Those farmers were so much like freelancers are today, resorting to DIY solutions for things like insurance.

I think Murray would be the practical idealist of our movement. You’d want to bounce every idea by him first, to make sure it’s solid.

He was a young Catholic priest in the Basque region of Spain who established a technical college to train engineers and managers for local companies and cooperatives. Under his guidance, a group of graduates in 1956 founded Mondragón, whose first product was paraffin heaters.

The company grew to become a federation of cooperatives that’s now the seventh-largest company in Spain, with nearly 84,000 employees and revenues of more than $20 billion.

Mondragón’s main goal has always been employment, and I think it would be worth a conversation with Father José María to see how he would approach the gig economy. What does full employment mean, now?