What Freelancers Should Know Now That The (Tax) Holiday Is Over 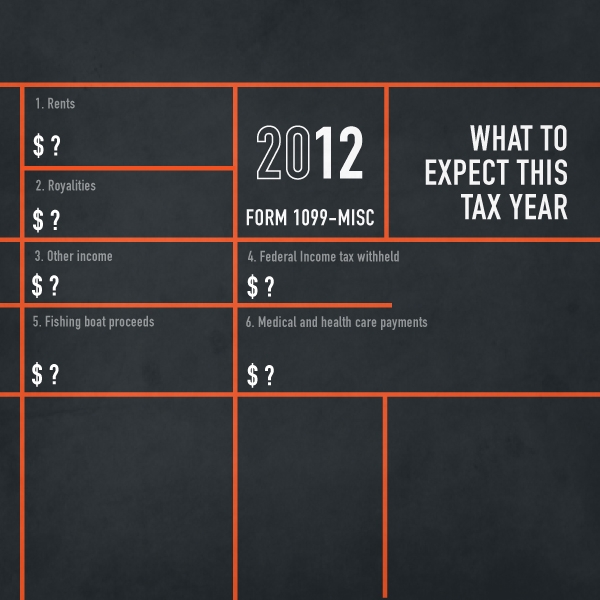 **Editor’s Note: **Guest blogger Jonathan Medows is a New York City based CPA who specializes in taxes and business issues for freelancers across the country. He has a resource section with how-to articles specifically for the self-employed at his website, www.cpaforfreelancers.com.

The freelance life is great, but the taxes can cause major headaches. Instead of reaching for the aspirin, here’s a few tips to ease your stress. From new rates to health care increases to upcoming deadlines, this self-employment guide will help you avoid your own “fiscal cliff.”

What does the tax legislation passed on New Year’s Day mean for freelancers?

Most self-employed people will benefit from the permanent extension of the 2001 and 2003 Bush-era tax cuts for lower- and moderate-income taxpayers. Those federal income tax rates have now been made permanent, and stand at 10 percent, 15 percent, 25 percent, 28 percent, 33 percent and 35 percent.

You will probably find yourself paying more in taxes in 2013, however, even if you’re not part of the “one percent.” That’s because a tax holiday was passed in 2010 as a means to stimulate the economy by putting more cash into ordinary Americans’ pockets. That holiday reduced the self-employment tax from 15.3 percent to 13.3 percent of net earnings for 2011 and 2012, saving individuals thousands.

But the holiday was over at the end of 2012, and the fiscal cliff deal did not extend it. That means the higher rate kicks in for self-employment income you earn in 2013, up to $113,700, and will need to be factored into your quarterly estimates and April 2014 tax returns.

The payroll tax hike applies to everyone. But another increase, of 0.9 percent, will apply to Americans who have earned income over $200,000 for individuals or $250,000 for married couples. That tax becomes effective in 2013 as part of the 2010 Affordable Care Act.

It’s a tricky one: If your spouse is employed and earns less than $200,000, his or her employer will not withhold that additional 0.9 percent. But if your self-employment income pushes your household income over $250,000, you will owe that extra amount and be subject to an underpayment penalty if you don’t pay it. Ask your accountant whether you should consider setting up additional withholding for your spouse’s employee income if you fall into this category.

If you have dividends and long-term capital gains from investments, you’ll probably continue paying 15 percent taxes on them. The rate will go up, from 15 percent to 20 percent, for singles with taxable income above $400,000 and married couples (filing jointly) with income above $450,000. High-earners will also be hit with a new, 3.8 percent tax for 2013 on net investment income, which will apply to a larger group - individuals making over $200,000 and couples making over $250,000.

A special note for self-employed individuals and freelancers based in New York: The MCTMT Estimated Tax (aka the MTA Tax) is due by Jan. 31, 2013. And if you operate an LLC, LLP or General Partnership, you’ll need to pay an annual filing fee to New York State by Feb. 28, 2013. The fee is based on 2011 income (the last year the state currently has in its system) and must be paid electronically. Otherwise, estimated tax payments for federal, state, and city taxes are due by Jan. 15, 2013 (note: eligible Hurricane Sandy victims have until Feb. 1, 2013).

Did you pay someone who works with you $600 or more in 2012? With some exceptions, you will need to file a 1099-Misc for them with the Internal Revenue Service and submit it to your independent contractors by Jan. 31, 2013.