It’s easy to feel isolated as a freelancer: head down, plugging away at your own desk, doing daily battle with clients. Solution: Build a community of support around you and your work.

Networking is not just a good business strategy—it’s a necessity to thrive. No one know this better than freelancer David Hochman. David is an experienced writer, with a distinctly smart and funny style, and a long impressive resume. Just as impressive is the work he’s done to bring freelance writers together through resources and communities like Upod.

David shares his wisdom for connecting with a community of freelancers:

How & why did you start as a freelancer?
After Columbia J-School, I took a writing job at one of Jann Wenner's magazines. Great perks (hanging out with Bon Jovi in Amsterdam, etc.) but low pay. Freelancing on the side, I saw I could make more than I was making on staff. One day at lunch, I sat with an editor on a boulder in Central Park. I said, "I'm thinking about quitting." She said,** **"You need to fly free. You'll do great." She was right. 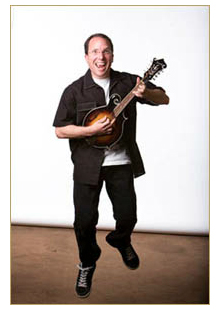 What surprised you?
How the freelance fairy godmother kept showing up over my writing desk every time I needed another assignment.

…how do I get one of those?
To find your own fairy godmother, reach out to the five most connected media people you know. Ask them to connect you with one or two more people with connections, and so on and so on. Ten people matter more than 10,000 blind queries.

What was the catalyst for actively connecting freelance writers together?
I started Upod in 2003, after I moved to Los Angeles. I'd been teaching writing classes and everyone kept asking me for advice, tips and contacts I decided to start a forum where freelancers could ask EACH OTHER those questions so I could hang with my freelance fairy godmother. Since then, it's become a community all its own, online and off. Last year, I started sharing my super-important-but-oh-so-secret tips on Making it Big as a Freelancer at my Upod Academy workshops (sign up for the next one!)

What kind of support do freelance writers give each other?
Freelancers are a noble group but little understood. We're actually better groomed than most people think and far more supportive of each other than the Mozart/Salieri-style rivalry-over-success model most people would expect. We read drafts, share contacts, and tell you it's going to be okay.

You can't work in a vacuum. To make great things, you have to share ideas and inspirations with other people. The image of the successful freelancer toiling away alone in the darkened garage or bedroom, it's a myth. To thrive, become part of something bigger than yourself.

What’s your #1 rule of work?
Diversify.

What tips do you have for freelancers scared to network or “stuck” in their own home office?

David Hochman is a writer and the founder of Upod. Follow him @DavidHochman.