Should Freelancers Make Their Prices Public? 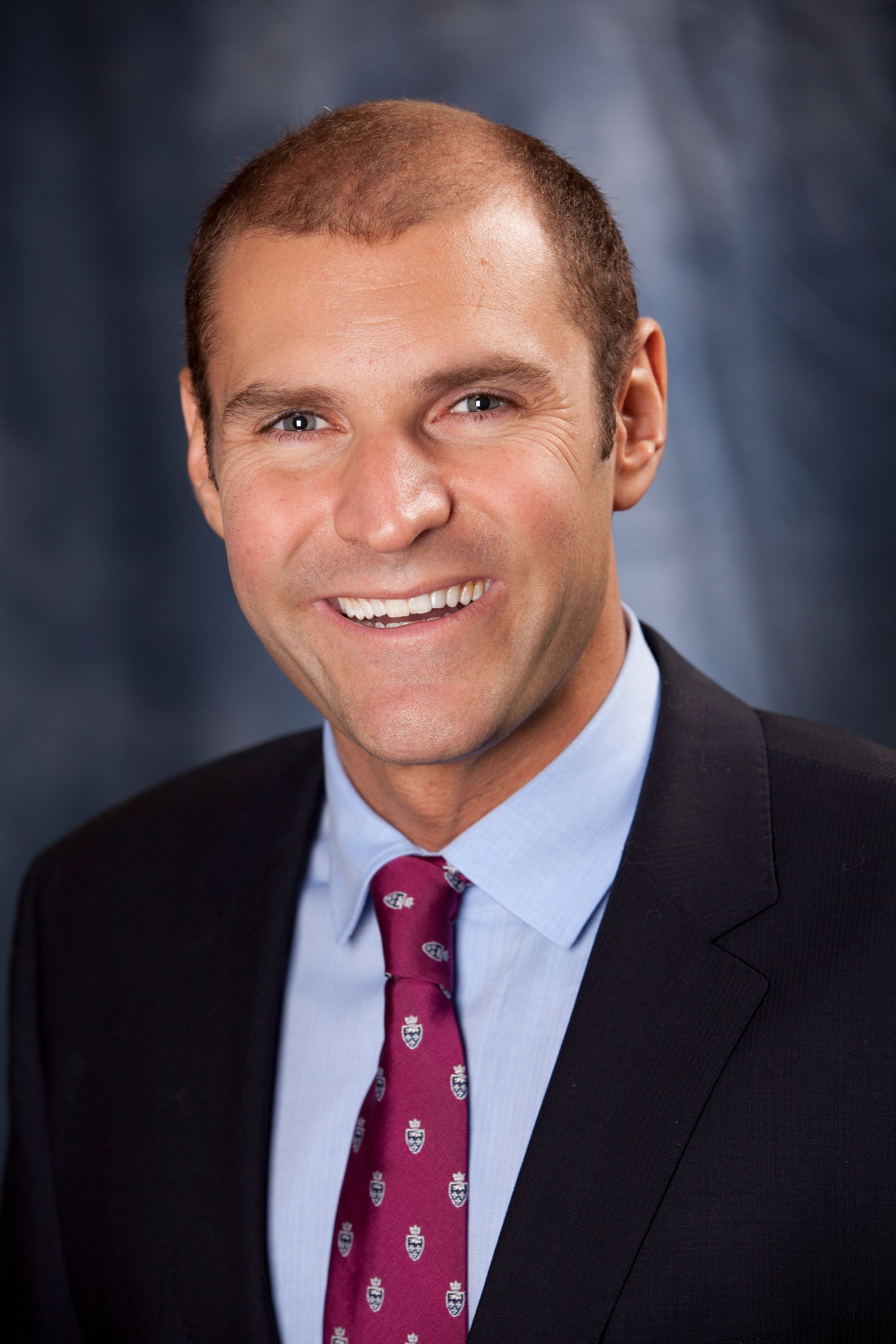 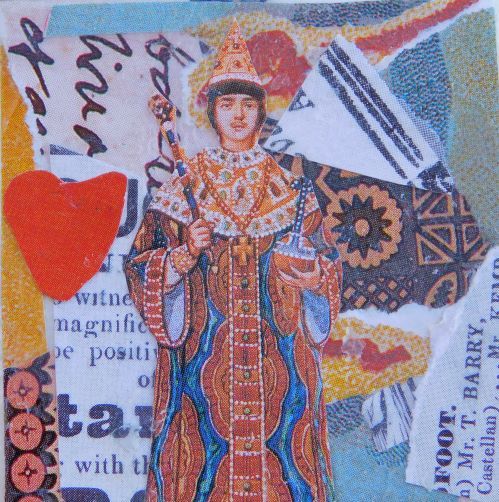 Marcus Sheridan believes in bucking the trend. As the owner of a pool-installation company, he’d encountered the same question from customers over and over again: “How many arms and legs is this gonna cost?”

His competitors wouldn’t divulge a price without first having a conversation with the prospect. As Marcus recounted: “Pool installers are like mattress or car dealers — we hate talking about how much a pool costs until we have you in person, because there are so many options and accessories we want to sell you. As a result, pool companies never mention price on their websites.”

Marcus thought differently. As an entrepreneur, he knew that if he could provide something his competitors would not, that difference would pique people’s interest. So he wrote a blog post titled “How Much Will My Fiberglass Pool Really Cost?” Soon, the post appeared first when people Googled questions about the price of a pool.

To be sure, Marcus didn’t quote an exact figure. But the fact that he identified figures at all, including figures for the most popular options, saved his company from the brunt of the 2008 recession.

The Cons of Public Pricing

And yet, almost 15 years later, Marcus’s method remains the exception rather than the rule: Most businesses — especially freelancers — remain adamantly opposed to making their prices public. Ask around, and the reasons run the gamut. Here are mine:

I don’t want to help my competitors undercut me. If it’s well-known that my hourly rate is $250, then Bob may well lower his to $240 — and then cite that difference when wooing a client.

I want to demonstrate value before presenting a proposal. Some people don’t realize how much time or expertise their project requires, and because I charge a lot, I’m happy to give away a little free advice first.

Indeed, providing this education is part of my unique selling point. Not only do I enjoy the work; I also enjoy helping clients understand the decisions I made in the process. This added value (another term of M.B.A. art) helps justify the cost of hiring me.

I want to see if the person will be a pain, so I can charge them a PITA fee.

In connecting with someone new, I enjoy the dance of getting to know them. For example: If I ask two questions, do they respond to only one? How quickly do they respond? Is their tone curt or chatty? If they ask for a call, do they provide multiple times they’re available? Do they send over a calendar invite? Do they show up on time? Every signal informs my estimate.

I want to see whether the person is insensitive to price, so I won’t leave money on the table.

For example, if their first message mentions money, or they say they’re in contact with other freelancers, then I know they’re wary of overspending. By contrast, if they don’t ask about a budget until after they’ve said they want to work together, or if they say their employer is footing the bill, then I know I can quote them my top-of-the-market rate. Ditto if they’re a member of the C Suite; these folks are accustomed to dealing with big numbers.

One reason people hire freelancers is that they can’t perform the work in question themselves. Or they can’t do it as well. Or they can, but they don’t want to. In any case, when someone hires you, they do so because you know things they don’t.

This disparity has several consequences. For example, consider an op-ed. Someone emails you and asks how much you charge. Before you give her a number, you conduct a call; that’s when you discover she doesn’t need an op-ed but rather a self-published, self-promotional article.

To her, the difference is semantics. To me, the difference is one of workload and thus price. (It’s easier to put something out on LinkedIn than it is to pitch the New York Times.) Had I provided a quote without first having a conversation, I never would have signed this client.

The Pros of Public Pricing

Yet the arguments in favor of opening your kimono are equally compelling:

You weed out people who can’t afford you. There are few things more awkward than when you tell someone your fee is $10,000 and they tell you their budget is $1,000. Ouch!

You weed out tire kickers and freebie fishers. This cohort can be equally exasperating. For one thing, they rarely divulge their status. For another thing, browsers rarely turn into buyers.

You simplify your life. Let’s face it: Trying to suss out a buyer’s wherewithal is a pain. And keeping track of different quotes for different people? That only twists these knots tighter. As anyone who’s sustained a lie knows all too well, over the long run, it’s much easier to tell everyone the same version of the truth.

Similarly, a rate card simplifies things for your prospects. Sometimes, people just want a bottom line — not because they’re not cheap, but because they’re busy. As freelancer Maddy Osman points out, “The easier you make yourself to hire, the more likely you are to be hired!”

While salesmanship is part and parcel of freelancing, making your prices public lets you focus less on business development and more on client work. After all, those who contact you already know your fees, so you can shift your attention from qualifying a lead to closing the deal.

Still doubtful? Instead of providing fixed numbers, feel free to offer ranges. Maybe also specify a minimum for working together. Your goal is to establish expectations; precision comes later.

What if your pricing is complex? Then go ahead and include caveats. For example, want me to pitch that op-ed I ghostwrote? Additional labor requires additional money. Want me to test two dozen headlines to see which one draws the most readers? That, too, will cost extra.

The final benefit is perhaps the biggest: No one wants to be gouged. Put another way: People appreciate transparency, and by being upfront with someone, you create trust.

What’s Best for You?

So which approach is better: The assembly line, or the bespoke suit? The answer depends on your business model.

If your rates are relatively low, then it makes sense to go forth and publish. What you lose in margin, you make up in volume.

By contrast, if your rates are high, then it makes sense to protect your proprietary info. Most people can’t afford you anyway.

What if neither approach is quite right for your clientele? In that case, here are three middle-ground tactics you can try:

When a prospect contacts you, send back a standardized response that provides pricing parameters. (This is what freelancer Kat Boogaard does.)

If you have a “contact” form on your website, you can require visitors to specify their budgetary ballpark before they click “send.” (This is what freelancer Kaleigh Moore does.)

Finally, you can create a survey that asks visitors about their project. For example: Do you want one camera, or three? Do you want interviews, or only B-roll? (This is what 4Site Interactive Studios does for video shoots.)

Which approach do I favor? Before writing this article, I was adamantly opposed to sharing a rate sheet. In fact, I didn’t even want to offer a range. Here’s the explanation I use on my website for Wikipedia projects:

“Let’s say I quote you $50 – $100. Well, most people focus on the $50. Some people assume $75. But no one thinks $100. As a result, if the actual cost is anything above $75, you feel you’re getting squeezed. That said, I know price is important, so here’s what I can tell you: Wikipedia work is expensive. It requires specialized expertise and is an investment in your digital reputation.”

This answer has always felt like I protested too much: Even as I was apologizing for being cagey, I was trying to persuade the reader to appreciate that caginess.

Now that I’ve researched the issue, I feel differently. Though I’m not quite ready to publicize my prices, I am ready to let them out from under lock and key. In other words, if someone asks me for an estimate, I’ll go ahead and give it to them. I may sacrifice a few bucks, but I’ll gain the most precious asset of all: Time.