How to battle solopreneur loneliness 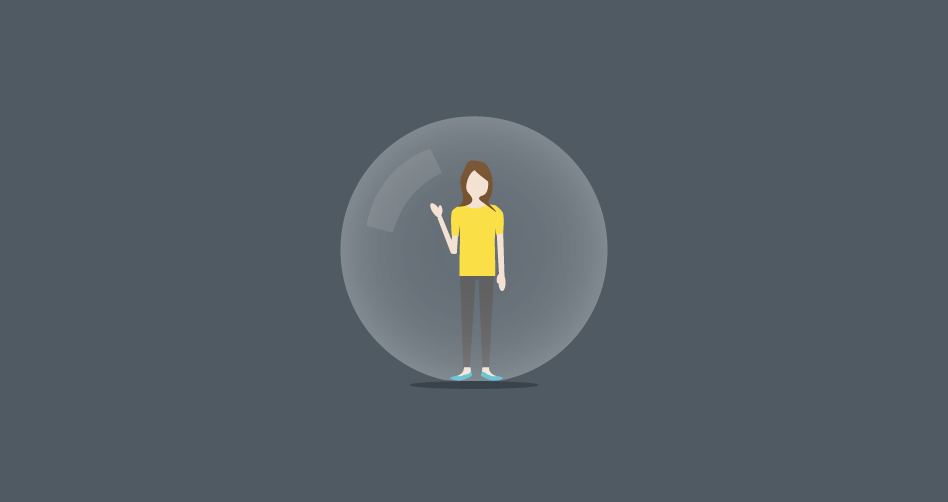 For most of us freelancers and solopreneurs, there is an innate drive to create something that is uniquely yours, purely driven by your own efforts and abilities. For me, it was also about taking control of my time, work, and life.

When you’re completely driven by building your own thing and making money on your own terms, you have no choice but to make it work.

And most small-business owners are making it work alone. The US Small Business Administration says that 81% of small businesses have no employees.

81% of small businesses are solopreneurs.

Entrepreneurs are a small minority when compared to traditional workers, and most of them are doing what they do alone.

Loneliness is a big issue for entrepreneurs in general. The Harvard Business Review reports that “half of CEOs report experiencing feelings of loneliness in their role.” And entrepreneurs combine this loneliness with higher levels of stress and worry when compared to other workers, according to a Gallup poll.

Solopreneurs are dealing with these struggles completely alone because they don’t have the same work relationships other entrepreneurs have, and their normal support systems (friends, family, etc.) have no idea what they’re going through.

Now, I’ve painted a pretty bleak picture of solopreneurship. The thing is, it isn’t all loneliness, stress, and worry. I LOVE what I do and would never have it any other way. And I’m not alone. Working for yourself can give you a sense of fulfillment that nothing else can. The same Gallup poll cited above also found that entrepreneurs are more likely than other workers to report “learning or doing something interesting” and “experiencing enjoyment.”

In order to thrive, solopreneurs need to intentionally seek out and cultivate meaningful professional connections for two reasons:

1. It makes work more fulfilling to have someone you can talk to who “gets it.” We’ve all had the “work spouse” who becomes your closest friend and confidant not just because they’re awesome, but also because they know what you do with the majority of your day — they can speak the same work lingo and understand your joys, concerns, and frustrations on a level that the other people in your life don’t. Research bears this out as well, as “70 percent of employees say friends at work is the most crucial element to a happy working life.”

2. It makes you better at what you do. Solopreneurs don’t have a manager who helps them set goals, incorporate feedback, and generally get better at what they do. Most solopreneurs are incredibly self-driven and do a lot of these things on their own, but it can still be helpful to have an outside peer or mentor who understands what you do and can give you an outside perspective on your work.

So, meaningful connections are important, but how do you cultivate them when you’re a one-person show?

A meaningful connection is a relationship with someone who understands what you do, whose success you genuinely care about (and vice versa), and who has something to offer in terms of experience/expertise.

A meaningful connection is not a relationship you are using to find clients, get work, or make a connection with someone else (AKA someone with a higher status, bigger following, etc.). Is this sometimes a happy byproduct? Yes. But it can’t be your primary motivation.

OK, now that we’re clear on that, here are a few ways to do make them:

Networking, but not the terrible kind

I never burn a bridge. Since starting my business, I have reconnected with so many people including former colleagues, business partners, and friends who I haven’t seen for years. I HATE actual networking, which I define as talking to strangers at professional events in an effort to gain something. What I do is reconnect with people I actually like, know, and respect in an effort to make myself better at what I do (and hopefully add value for them as well). Although it took a couple of follow-up emails for some people, I didn’t find anyone who wasn’t willing to connect and everyone I talked to gave the most amazing advice and support. Did some of these connections lead to work? Of course. Several of these amazing people have referred me to clients, brought me in on their projects, and even passed on entire projects to me. Make sure to cultivate your relationships and keep up with your network. You never know when you may need to reach out for advice, a recommendation, or an introduction. Likewise, I never turn down a request for a chat with anyone I know who reaches out to me in an effort to pay it forward.

Social media (I know…bear with me)

I hate social media, but it is a necessary evil for a lot of businesses these days. For a long time, I did not have a social media presence for my business and tried to stay away from it as much as possible. As I’ve built my content business over the last year that has shifted. And while there’s definitely a lot of nonsense, I’ve made some real, meaningful connections in a couple of ways. I belong to a few Facebook groups specifically for different types of entrepreneurs (women, location-specific, niche-specific, etc.). With a few exceptions, I’ve found the people in these groups to be incredibly kind, welcoming, and supportive of each other. I’ve also found a few people through Instagram DMs that have turned out to be incredibly aligned with not only the work I do but the reasons I do it. Luck? Perhaps. But it can’t hurt to try.

This has become incredibly popular over the last several years. It seems like everyone and their mom is creating a membership group (including me…). I’ve been a part of several of these groups recently based on things I was trying to learn or new features I was trying to incorporate into my business. In every case, I was so surprised by the level of kindness and support that I witnessed from the facilitators and members of these groups. These were especially powerful because everyone was working toward a similar end goal.

Create or join a mastermind

The concept of a “Mastermind” was originally created by Napoleon Hill in 1936. “The Master Mind principle: Two or more people actively engaged in the pursuit of a definite purpose with a positive mental attitude, constitute an unbeatable force.” Today the concept has been popularized by many business gurus. You can join a mastermind of like-minded people or use any of the strategies above to recruit your own members and create one. The group meets regularly to discuss goals and workshop issues together.

Solopreneurs need to intentionally create connections and combat loneliness so that they can keep building, creating, and doing what they love. Because it’s not just about someone to commiserate with about your crazy client or failed funnel, it is also about having people who can truly celebrate when you land that big contract or conquer your fear of public speaking. Together we can do more than we can alone.

This is a post from a member of the Freelancers Union community. If you’re interested in sharing your expertise, your story, or some advice you think will help a fellow freelancer out, feel free to send us your blog post.
Community
https://blog.freelancersunion.org/2021/06/03/how-to-battle-solopreneur-loneliness/

I started Fruition Initiatives to help people and organizations reach their highest potential. I design and lead projects for organizations and help businesses refine systems and processes.

Freelance Tax Tips, Traps, and Timelines for the 2022 Tax Year