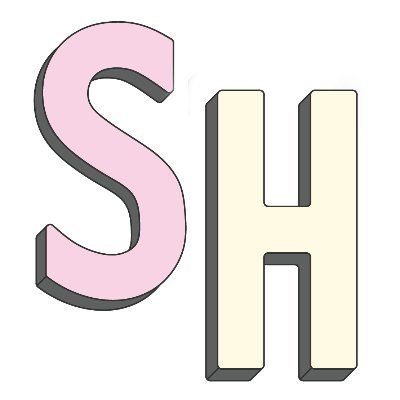 Most recently, Horowitz launched Trupo, which offers freelancers benefits packages with funds in case of an accident that renders you unable to work. It seeks to offer a solution to one of the most common problems facing freelancers — what to do when you’re too sick or injured to work but can’t afford to take time off. We talked with Horowitz about the freelance industry, policymaking, and healthcare.

AH: We’re in kind of an exciting, unprecedented moment in labor organizing in media and among freelancers, and you’re someone who has been ahead of the curve in terms of organizing among freelancers for some time. So I’m curious to hear your thoughts on how you’ve seen the landscape change since you founded the Freelancers Union, and especially over the last few years.

SH: I think one of the biggest changes that I've seen is freelance workers really like unions, and want either to unionize or support union efforts. I think that’s a good thing in and of itself, but I also think it reflects freelancers starting to see that their issues are important issues. So many times — maybe 15 and 20 years ago — freelancers would not put their issues on the agenda. They would say, “I’m a freelancer, I’m doing well, all these other people are having bigger problems,” and I think we should all stay empathetic but the best way to organize is to organize with other people around your issues. And then you can build coalitions and alliances, but that first step I feel like is starting to really happen.

AH: Even in the relatively short amount of time I’ve been a freelancer, I feel like freelancers have become a lot more outspoken and willing to take more risks and to put themselves out there, and maybe that’s because there is more of a feeling of solidarity than ever before.

SH: I agree. I think it’s solidarity. It’s also that, historically, workers tend to organize during good economic times because if you lose a job you can get another one much more easily. I think part of it is the feeling that there’s more work and then seeing how so many freelancers talk about the fact that they’re getting so much work but it’s paying so much less, sometimes in literally absolute dollars — like I’m doing the same work and am making less than I did 15 years ago. Seeing that income inequality in media is just so glaring and unfair, and I think people see that.

I always feel like freelancers are the ones who have to own how much they can teach the rest of society, because freelancers are the new workforce, they're the ones who are going to be crafting this future safety net and they should take that responsibility seriously and not morph into other agendas and shoehorn themselves in. When we’re looking at the issue of misclassification we have to say there are workers who are being exploited and really should be employees, and we support that and are in alliance with that. But so many freelancers, particularly writers and content producers, really are the new workforce and figured out ways that freelancing works for them and they need to be very vocal about what they need to make sure they don’t get lost right now. Not just because it will be detrimental to their economic lives, but because they owe it to the rest of society.

AH: There’s kind of a feeling that you can’t ignore us anymore. We’re so much of the workforce. Not that we ever should have been ignorable, but there’s power in numbers. Do you think social media has something to do with that?

SH: Yeah, I think there are two things people have to do. One, you have to say what’s on your mind and be critical and vocal. Step two is you have to then start building institutions because this is not a solo operation, and it’s not just a swarm on social. It is going to be institutions like Study Hall and the unions and other groupings and starting to build institutions like our grandparents did. I think Study Hall is at the forefront of showing what this next era’s future is going to be, because it gathers people together, it gives them a forum to talk and to get information and to act more collectively, and I just think that’s where it's at.

AH: What do you see as the biggest challenges to freelancers right now?

SH: I think it’s time for us to really be articulate and thoughtful because we want to see a [new] safety net built. I believe in this idea of mutualism, which is that we should be delivering the safety net to the organizations that we trust, like unions, cooperatives, civic organizations, and that lets you have a wide variety of strategies to deliver benefits, whether it would be single payer or Medicare for All or some public option or some hybrid — but we have to lay that infrastructure underneath and I think that’s going to be important. And maybe that sounds boring, but it’s actually the undergirding upon which we then can have an opinion about where the money’s going to come from to pay for it and how it’s going to look.

So I guess I’d say the thing I’m worried about the most is kind of going back to the beginning conversation where freelancers will forget what they need and feel ashamed and embarrassed and not worthy of having issues, and my hope is that they feel that strength to realize it’s going to be better for everybody to be bold and honest about what we need.

AH: In terms of concrete, achievable wins, the passage of the Freelance Isn’t Free Act was a huge win for freelancers in New York, and before that overturning the unincorporated business tax was a huge win. What do you see as the next big hurdle?

SH: I think that the thing that will be very helpful is for freelancers to actively enter the misclassification discussion and to be clear about what they need. The thing you want more than anything is some regular clients because that helps stabilize your episodic income, and if that’s going to be removed and be made to be an indicia of being an employee, then that goes to the heart of the way that freelancers have built their own sense of safety, and they need to explain that to elected officials.

AH: The increased awareness of elected officials, at least in New York City, where I live, has been remarkable. To see elected officials tweeting about freelancers issues in the last year or so is really something — that seems to be a relatively new thing.

SH: Yeah, I think it’s also really interesting because [if you look at] the freelancers Upwork study you see freelancers really vote. They have strong opinions, and they’re all over the country — not only are they in the big cities and in the second big cities but they’re in the tertiary cities. I really feel like elected officials will start to see that they’re a great group to care about.

AH: I want to talk about Trupo as well, and health insurance more broadly. Obviously healthcare is something that is inaccessible to people without traditional employers and below a certain income level, so Trupo seems to fill an important gap there. Do you want to tell me a little about Trupo and how it started?

SH: The whole reason I started Trupo was because I started to see how freelancers were facing completely new risks, and by that I mean short-term. If you are sick or you have an accident in the very short-term, there is nothing that helps you replace your income, and so we need to start to think about new kinds of products and bundling existing products that would go to the heart of that.

Health insurance has such high deductibles it protects you from more catastrophic things, but the need for protection when you can’t work for a week or two weeks or three weeks kind of doesn’t exist. It’s a good example of how we don’t have a new safety net which would include unemployment for freelancers and help them smooth out their income.

I think that’s an important policy thing we need, but what we also need to do a look at, what can we do to protect ourselves? And that’s why we built Trupo. That also is why Freelancers Union is a part equity owner [of Trupo] and we worked really hand-in-glove together. I think Freelancers Union is the leading union of this new workforce, so it’s been a great way to see how to build these kinds of alliances.

SH: We have these conversations with freelancers in quasi focus groups, and we did this hypothetical where we said, “Ok, in the hypothetical, you’re too sick to work. What would you do?” And freelancers would always say, “I would take my computer into bed with me.” And you’re like, “No, no, no — in the hypothetical, you cannot work.” Because it’s so terrifying, that thought, because you know you’re shit outta luck. That’s why we built Trupo. So that you’re not shit outta luck, and so you really can have the dignity of being sick or have peace of mind if you’re injured. I truly believe that if Trupo and other organizations and institutions and for-profits can build the next safety net, it informs the policy world because they see something in action on the ground and therefore have an idea of how to implement something.

TELL YOUR FRIENDS ABOUT STUDY HALL // SUBSCRIBE IF YOU’RE NOT ALREADY // UPGRADE TO NETWORK LEVEL FOR EDITORS DATABASES, CHAT ROOMS AND MORE!