Where are all the freelance characters on TV? 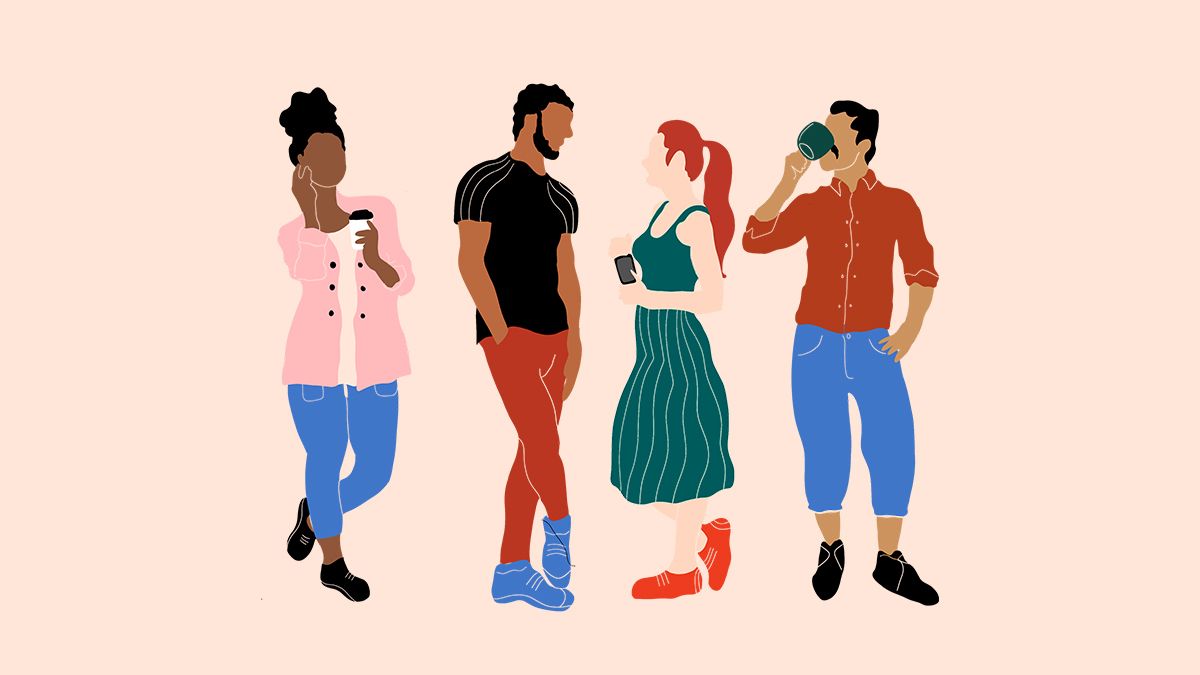 This article is reproduced with the permission of our partner, Trupo.

Writers, artists, and musicians have been staple protagonists since the dawn of Hollywood. Why is it that we choose to glamorize these non-traditional, non-9-to-5 jobs in our movies but don’t actually call these workers what they are? (Which is—mostly freelancers!) If freelancers make up one third of the workforce, why don’t we see a representation of what their lives are really like anywhere in pop culture? Where are the ups and downs, the ebbs and flows of freelance life?

Carrie Bradshaw, arguably one of the most popular freelance protagonists, is a writer who pays for her (rent controlled) Upper East Side studio, designer clothes, and endless Cosmopolitan cocktails off a weekly newspaper column. Sure, it was the late ‘90’s and before the personal-essay boom that took over the internet, but a Cosmo in Manhattan still cost an upwards of $12 a pop. Surely not the luxurious reality for most freelance writers who are probably more wont to go with the well liquor option at the bar. Eventually, she gets a column at Vogue that pays a whopping $4 a word (reader: this rate is laughably high). We only see her seriously struggle with her career as a freelancer a few times over the course of 94 episodes. Once, to get out of jury duty because “she’s a freelance writer so no one can cover” which is fair enough. And another time when she needs to buy back her apartment from her ex-fiancé.

It’s worth noting that in one episode her friend gifts her a cashmere scarf, which she then asks if she can return for money—this is definitely rude, but it’s an appreciated “the struggle is real” sentiment that you don’t usually see exemplified by Carrie on the show. But did Carrie realistically never break a Manolo after a few too many Cosmopolitans and roll her ankle running after Mr. Big? Miranda throws her back out and goes to the chiropractor. Charlotte went to multiple fertility doctors. Samantha gets breast cancer. But what about Carrie? Are we supposed to believe she is just the freelance beacon of health? It’s the obvious elephant in the room, the question burning in millions of viewer's minds for decades now: did Carrie Bradshaw have health or accident insurance? What about dental?

More recently, we’ve seen another New York City gal about town with aspirations to be a famous essayist—Hannah Horvath in Girls. People love to hate her more than Carrie (depending on who you ask) but Hannah’s depiction of being a writer is a bit more on the realistic side. However, the character never refers to herself as a “freelancer” and only calls herself a writer. She works at a cafe part-time to supplement income as she’s writing her book. But part-time jobs rarely provide their employees with benefits like full-time ones do. That means no health insurance, dental insurance, or accident insurance. Hannah struggles a lot and does end up in the hospital a few times, but you never hear her talk about looming medical bills. It can be assumed she stays on her parent's insurance until she’s 26, but her accident-proneness never stops and the show doesn’t conclude until she’s 28 years old and a new mom. Which again begs the age-old question, did she have insurance? Now that she has a dependent, will she buy life insurance?

From to Californiacation to Jane the Virgin you rarely, if ever, hear about these freelance writer's insurance plans. Jane in Jane the Virgin is a mother, part-time waitress, and part-time novelist and while the show covers a lot of current-day issues, lack of insurance benefits for workers who aren’t employed by big companies is never a topic of conversation.

Lately, some shows have been getting more realistic about the struggles of independent employment, like when the character Issa in Insecure quits her frustrating full-time job and takes up driving for Lyft to supplement her income. She makes sacrifices that hint towards the struggle of freelance life, like becoming a landlord to help cover costs for her apartment, but her loss of full-time benefits is hardly discussed. And she never refers to herself as a freelancer...the list of examples goes on.

How are all these characters surviving without insurance to protect them? Most of the characters are well-developed and multidimensional, so you’d think they’d mention the daily stress of having no safety net to fall back on. All work and no play made struggling writer Jack in The Shining a dull boy, but we can’t help but wonder how things would’ve played out differently if he had the proper insurance products for some quite desperately needed peace of mind.

Shows and movies leaving out the daily struggle for freelancers can paint their lives in a dishonest light. Sure, it’s all fiction and insurance isn’t sexy, but representation of freelance life is important. If pop culture can better represent what a freelancer's career is like then the general public will start to understand it better, too. If these issues are brought to the forefront of conversations, even if they’re in movies and TV, then maybe more people will start to realize the importance of worker protections also extending to those who work independently—especially if they can relate to those struggles through the eyes of one of their favorite characters.

Trupo curates benefits for freelancers that compete with the full-time crowd.