Net 90 payment is a policy that freelancers can’t afford 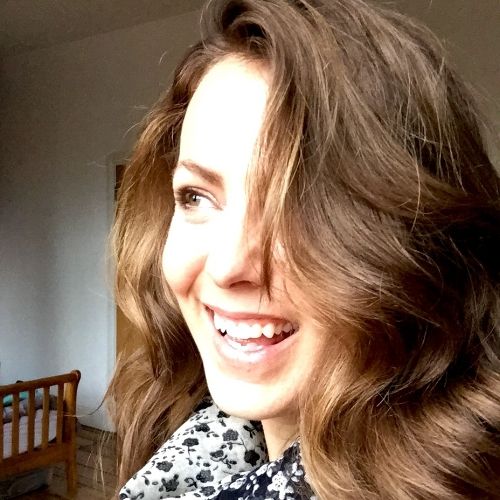 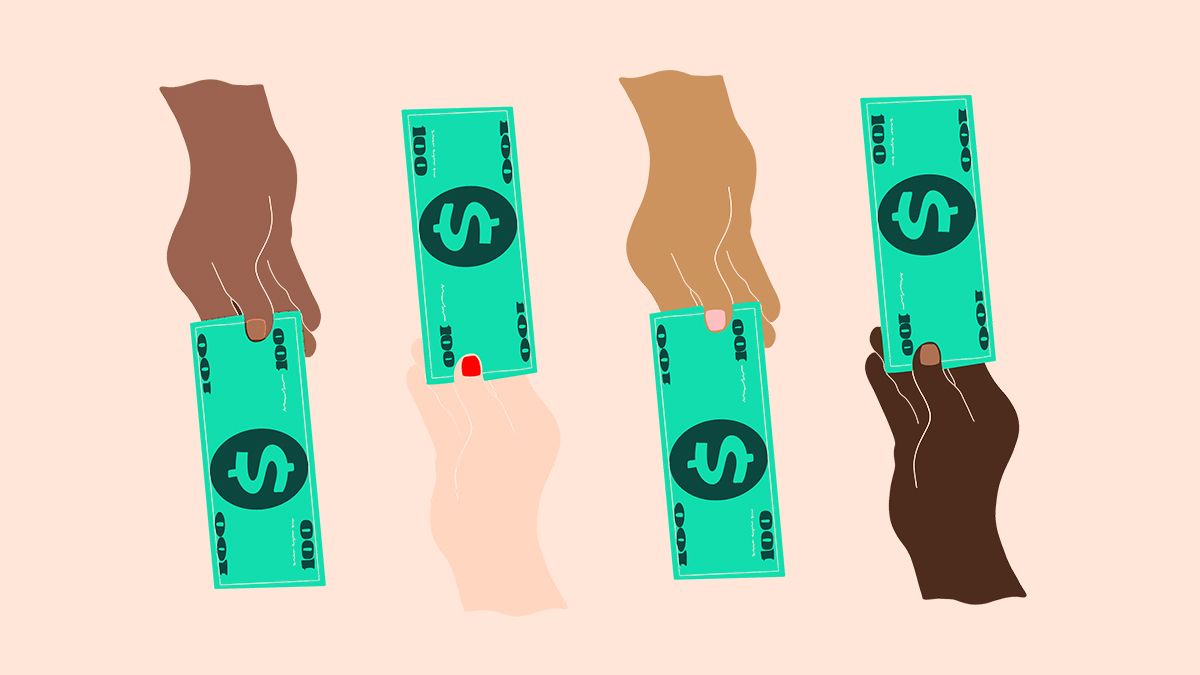 This morning I called up my utilities company to share a proposal: “What if I decided I’m not going to pay you until 90 days after my bill is due?”

Fay, my agent, wasn’t quite sure what to do with me.

“I’ve never been asked that!“ she said. I told her not to worry, I was just doing some research. Putting hypotheticals out there, to see what kind of power I might have. (Please don’t shut off my electricity.) She laughed, and explained how this typically works: If I don’t pay a bill within a week, they’ll routinely assess a late fee. If I’m legit struggling to pay, I can request financial assistance. But if I were to say, “Paying you in 90 days is my policy now”? Lights out.

Which seems obvious. It’s standard practice for a business not to accept Net 90 payment terms. I don’t just get to decide I’m paying all my bills late — not without facing any consequences.

“CNN has unbelievable nerve to do that,” one freelance audio engineer told me on condition of anonymity. Demonstrating the power inequities at play, most freelancers interviewed for this story asked not to be named, for fear of retaliation or losing work from companies with which they still have relationships.

Unbelievable nerve is something the audio engineer, like 57 million other freelancers in the United States alone, deals with all the time.

His client, Metrovision Production Group, typically pays around 90 days after he sends an invoice. So it seems convenient that Metrovision relocated its headquarters from NYC to New Jersey shortly after the Freelance Isn’t Free law went into effect in the city. While the law mandates that companies pay debts of $800 or more within 30 days unless contracts state otherwise, New Jersey has no such protections against late or nonpayment.

Outside the jurisdiction of the Freelance Isn’t Freelance law, businesses like Metrovision can legally pay invoices … pretty much whenever they want. And Metrovision, like Turner/CNN, and every company contacted for this story — including Surface Magazine, Ebony Magazine, Outside Magazine, Kellogg, Heinz, Proctor & Gamble, Mondelez — did not respond to requests for comments on their payment policies (though maybe they’ll eventually get back, in approximately 90 days).

“Companies like that, they’re always busy with work,” the audio engineer says. “It’s not like they’re living hand to mouth. You would think they have a really healthy bank account, so it’s just their choice of practices to just not pay on time.”

A luxury big businesses can afford

The choice to pay on Net 90 terms is a disturbing but growing trend. Per the New York Times, several corporations, including Kellogg, Mars, Proctor & Gamble, and Heinz, are extending payment terms as part of their business strategy. Sometimes those terms are as high as Net 120. That’s a full four months of making suppliers wait to receive money owed to them.

“I think the whole idea is very bad,” Professor Narayanan of Harvard is quoted in the New York Times piece. “[Those businesses] are essentially going to their suppliers for credit, rather than their banks.”

Its seems obvious that it’s a bad idea making the small fries carry your financial burdens, especially in light of the terrible pressure it places on those who can least afford it. And the human consequences are very real. “I was almost homeless because of Net 90,” says a freelance food stylist who contacted Freelancers Union. “I was at the point where my credit cards were maxed. I would beg people, ‘Hey, can I get a partial payment?’ My terms were Net 30, not 90.” And guess how they responded? “They told me, ‘Well, you don’t get paid until I get paid.’”

Net 90 is not how life works

Because it’s ridiculous to tell my suppliers and creditors, who demand payment within 30 days or less, that I’m now on a Net 90 payment policy.

To writer Mark Remy, my proposal seems like “a perfectly rational place to take it.” Remy and I discussed how every time I propose my Net 90 policy, it’s met with laughter. “It underscores how absurd these media outlets are being when they take that tack.” (Over on YouTube, Remy shared that Outside Magazine took 171 days to pay an invoice.)

But laws do work

That tack is exactly why laws like Freelance Isn’t Free were put in place. And for some, it has already paid off. Journalist William Ketchum III shares one example: “I was owed money for stories as far back as March of last year, so I reached out to the publication’s accounting team, and I had my National Writers Union lawyer attached to the email. I cited the laws in New York City and they paid me within a few days. It was really telling. As soon as I sent them a threat, they send the payment.”

The thing is, legal recourse doesn’t work everywhere. The Freelance Isn’t Free law is, for now, specific to NYC. As one freelance journalist put it, “Until [late payment] is actually illegal with a pathway for redress and repercussions, it won't change.” She was threatened by a publication (“We will destroy your reputation”) after asking for payment upon delivery of her work.

A rational fear of The Man

“Net 90? That’s harsh. I think it’s absolute bullying for large corporations to push that on small business,” Portland, Oregon-based litigation attorney AJ Barnett told me over email. He advised that if companies try to enforce egregiously long payment terms, to tell them, “They can have it at a 90-day price.” If a big business is asking your small or solo practice to finance their luxury of extended payment time, that should come at a higher cost.

But what happens when you need that payment on a 30-day cycle, or when you try to push back? As if to summarize the crux of the issue, the freelance journalist explains, “We have no power or recourse. The problem is we simply don’t have the collective bargaining power  — and when we try to organize other writers, everyone is so afraid.”

Freelancers fear repercussions from speaking up, because these repercussions happen all the time. “You’re always up against a wall where if you make a fuss, they just won’t hire you again,” the freelance audio engineer said. “That happened with a corporate client once. I asked about not getting paid and then never heard from them again.”

Push back, and get burned. It’s an all-too common theme. “Some people are feeling like they can’t really say anything because it will sour the relationship. It’s problematic,” Seattle-based journalist Wudan Yan told me. She added 20% late fees to her invoices after things went very wrong, to the tune of $5,000 with three clients. Each pushed back, openly threatened retaliation, or expressed confusion — despite the clear stipulations of Wudan’s contracts.

Laws like Freelance Isn’t Free do protect against retaliation, at least in NYC. But it’s hard to prove that not getting called back for work, or losing work to a competitor, is a violation.

Until the Davids band together, we can’t beat the Goliaths

So what are freelancers supposed to do, or feel, when they speak out against bad behavior themselves only to see a fellow independent contractor put up with it? “We already heard of a competitor willing to do it for a lower rate, and at Net 90,” a freelancer who pushed back against Turner/CNN points out. “We are our own worst enemy.”

As Remy says, “It’s hard not to slip into platitudes, but there’s strength in numbers.” Take the #EbonyOwes case. In 2017, journalist Ketchum was among several independent writers who took to Twitter to lament the magazine’s late and nonpayment. That social uproar caught the eye of the National Writer’s Union’s Larry Goldbetter, who went to bat for freelancers in a lawsuit launched against Ebony. And it worked: all 40-plus writers were paid the more than $80,000 owed. “It’s never just one writer not getting paid,” says Goldbetter.

There’s also been progress, at least for small businesses, overseas. In the UK, huge beverage company Diageo backed down from extending its payment terms to 90 days after a watchdog small business lobby group, the Forum of Private Business (FPB), publicly blasted the company. Still, as FPB’s chief executive put it, “The practice of grossly unfair trading terms is a growing trend.”

To combat this grossly unfair trend, we can start by holding strong to our own policies. Make your contract terms Net 30 or less. Add fees for late payments. In short, Yan advises, “Don’t think of yourself as an artist, think of yourself as a business.” She adds that we all have to stand up for ourselves and stand our ground, because “It only works if everyone does it.”

Outside NYC, freelancers still have access to free or low-cost legal resources, like LegalShield. Others turn to sites like Study Hall to compare what other media workers are experiencing in terms of payment and contracts. And anyone can attend events like SPARK to discuss such issues in person. “The more we are willing to talk to each other and share the better we are collectively,” says Portland-based blogger Carissa Bonham.

“It may seem like you’re powerless  —  and in some ways, let’s face it, you probably are,” admits Remy. “But use the power that you do have as much as you can.” Like the power to join a union, because, according to Ketchum, “Unions really force these places to do their best.” When it comes to doing right financially, concludes the freelance journalist, “Frankly there is no excuse. I am a small business and if I can pay on time, then so can the bigger companies.”

Yeah, they can. Especially if they want to keep the lights on.

Editor’s note: Have you experienced Net 90 payment terms? Tell us about your experiences at advocacy@freelancersunion.org.