6 ways to solve creative differences with your client 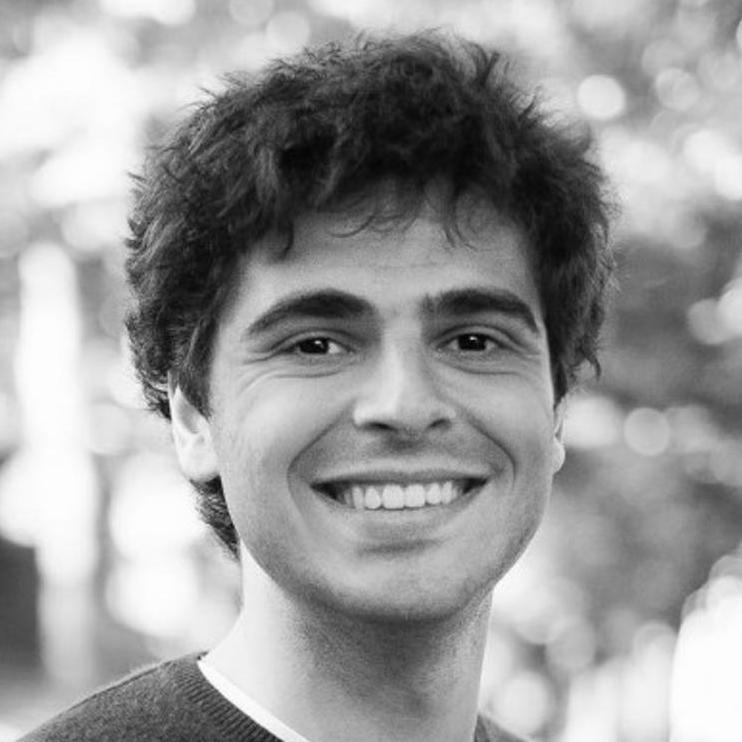 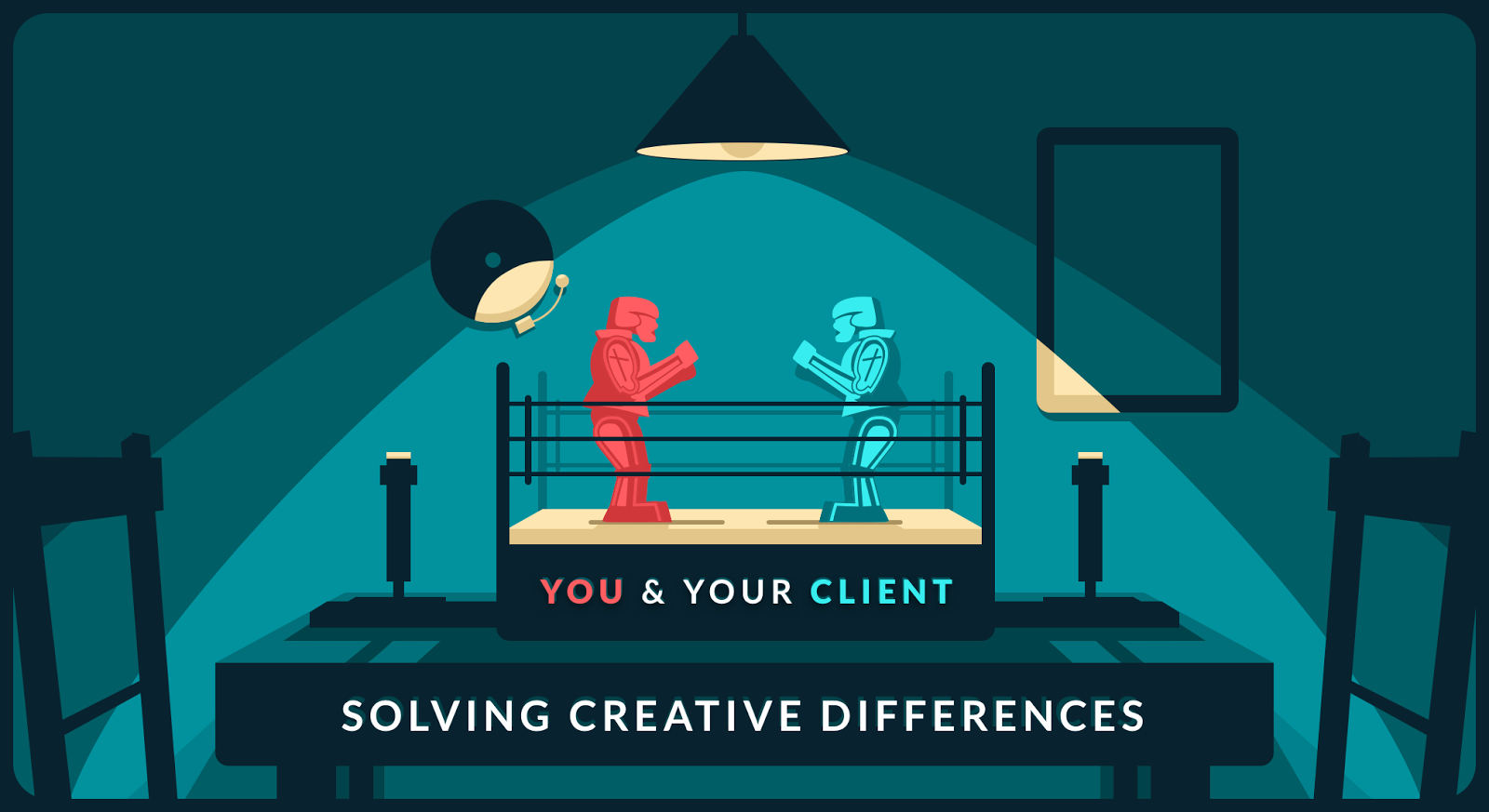 There is never a dearth of drama in the freelancing world. Chances are you’ve come across a difficult client before.

Horror stories abound. In fact, Clients From Hell devotes a whole site to it. A vast majority of their stories either revolve around random work on unvetted marketplaces or non-payment.

But what about those times when you’re battling with a well-meaning client over a creative difference — even when they know you’re an expert in the field? A tug-of-war may be inevitable, though it isn’t creative freelancing unless you’re working for clients who are fiercely attached to the project and vision.

Several years ago I built Reedsy to be a home for creative freelancers in the book industry, and today we’re glad to run a marketplace of over 600 publishing professionals.

Some edit books for authors. Some design covers for them. But each of them shares one thing: decades of experience working with some passionate and extremely motivated clients.

I asked our community for advice that they could share about navigating trickier waters with their clients over creative differences, and found several common themes.

Be aligned from the start

“Trust the way they present themselves initially,” says Oscar Reed, a former supervising editor at Scholastic. “Difficult people typically announce themselves as such. They will never get LESS difficult. Specifically, if they brag about firing previous freelancers or are disrespectful, expect them to treat you just as poorly.”

It’s important to get a feel for each other during these initial conversations, making sure you’re both on the same page before you start. For instance, most of our Reedsy editors provide clients with a sample edit. It’s extra work, but now those clients know exactly what they’ll be getting when they enter into the partnership. That’s why our editors also set aside time and carefully go over everything included in a quote with the clients prior to collaboration. It pays off in the future.

Try not to skip this pre-collaboration stage or treat it casually. Instead, use this opportunity to make life easier for you and your client going forward. Build trust from the very beginning; it’ll make the rest of the ride much easier.

Cut through the cloud of platforms

Written platforms like email and SMS now make up more than 40% of our modern communication. In-person meetings, Skype, and phone calls round out the other 60%, presenting us with a staggering array of platforms through which we can communicate.

But perhaps most important is that you choose to use the client’s preferred channel of communication. When your client is comfortable, you cut down on your own chances for miscommunication with them.

Editor Neil Gordon always asks clients which channels they prefer to use. “It’s not so much that one experience differs from another because of the communication tools being used, it’s that the culture created around one client differs from another because of their personality and preferences,” says Gordon. “By making everything client-centric, instead of me-centric or tools-centric, the client feels more taken care of and the process becomes far more fluid. Effective communication values the recipient over the sender — and, in this case, the client is always the recipient.”

Ever before run into a tricky game of What Happens When What You Say Isn’t What They Want To Hear?

Creative work is never black or white. There are a billion roads that will take you to Rome, so when you’re arguing with a client over which one road is better, take the time to offer your reasoning for it. Weak feedback identifies what isn’t working in a project — strong feedback, on the other end, takes the time to explain to the client why it isn’t working. Like anyone writing a novel knows: show, don’t tell.

Here’s an example: “Years ago, I worked with a highly acclaimed client — a real legend,” says Angela Brown, who’s edited more than 500 published books. “In his novel, he wrote, ‘The doorbell remonstrated,’ which I changed to ‘The doorbell rang.’ To me, ‘remonstrated’ was florid and pretentious, distracting from the otherwise exquisite prose in the novel.

“We must have exchanged ten e-mails, where I suggested dozens of replacements for ‘remonstrated,’ before the author finally accepted, ‘The doorbell beckoned.’ It wasn’t my first choice! I just wanted the damn doorbell to ring! But we agreed on something in between.”

“The client is king”

There will be times when your client disagrees or refuses to compromise, despite your repeated explanations for why you think something is wrong. When you reach this point, you may ultimately need to make the frustrating decision to step back. As editor Harrison Demchick says, “Your job is not just diagnosing problems, but also diagnosing intent. The result should always be the very best version of the client’s vision.”

Your client is going to insist over some creative differences and, at some point, so be it — you’re the trusted counsel, but your client is king.

Do remember why you do creative freelancing in the first place.

Fran Lebowitz once represented authors as an agent at the Writer’s House. While working there, she needed to abide by commercial conventions.

“But as a freelance editor, I can say, ‘Good. Let's see what you can do.’ I'll offer career advice — sure — but their career isn't tied to my career so the art and the artist can prevail.”

So, sure, it’s frustrating when your client’s vision diverges from yours. But the great thing about creative freelancing is that there are a billion ways to go about doing something.
“Designing is akin to a kitchen,” says designer Elynn Cohen. “Everyone brings something to the table. Things work best that way.” So keep an open mind when disagreements crop up while you’re working with your client. Have a feast.

Lebowitz recently told a client that it doesn't matter if they don't mesh well. After all, she says that the best collaborations come from adversity.
“If we got along famously, well — we might be the only two people on the planet that like the book.”

Have you ever packed a snowball before?

That’s all creative differences are. They’re the bits and pieces of snow that meld together to form a whole that’s bigger than the sum of its parts.

As creative freelancers, we want to see our clients succeed — and we want to produce the best work possible for them. Horror stories in freelancing are everywhere, sure. But for every one of them, there’s a success story — and I’ve watched these success stories emerge from creative differences. Understanding ways to work with your client and your client’s ideas will end up delivering a product that is bigger and better than both of you could’ve imagined.

How do you approach creative differences when you’re working with clients? Have any stories that you want to share? Let us know in the comments below!

Emmanuel Nataf is the Founder and CEO of Reedsy, a marketplace that connects authors and publishers with the world’s best editors, designers and marketers. Emmanuel dedicates most of his time to building Reedsy’s product and is interested in how technology can transform cultural industries.